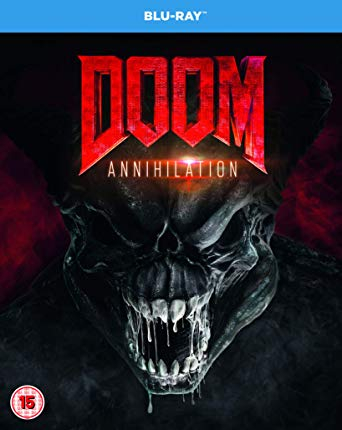 Based on the popular original video game, DOOM: ANNIHILATION is an explosive, terrifying thrill ride. On the darkest moon of Mars, scientists have found an ancient portal which allows teleportation throughout the universe. Considered to be mankind’s greatest discovery, it’s actually a gateway from hell, unleashing a swarm of demons looking to steal the souls of everyone who gets in their way. It’s up to Lieutenant Joan Dark and an elite unit of Marines to destroy an every-growing horde of bloodsucking and soul-stealing beasts and to prevent them from taking over planet earth.
PostTweetShare Share with WhatsApp Share with Messenger
Community Updates
Amazon DealsAmazon discount code
New Comment SubscribeSave for later
7 Comments
29th Feb
Not a great film at all but a good price.
29th Feb
It's on Netflix... The first one was much better.
29th Feb

It's on Netflix... The first one was much better.

I was about to thank you for that info but its not on netty.
29th Feb
utter trash, makes even the original movie seem like a masterpiece
29th Feb
It's coming to Sky Cinema in 2 weeks.
2nd Mar
Didn't enjoy this
7th Mar

It's coming to Sky Cinema in 2 weeks.

And Poundland As said the first film isn't great but it's miles better than this one.