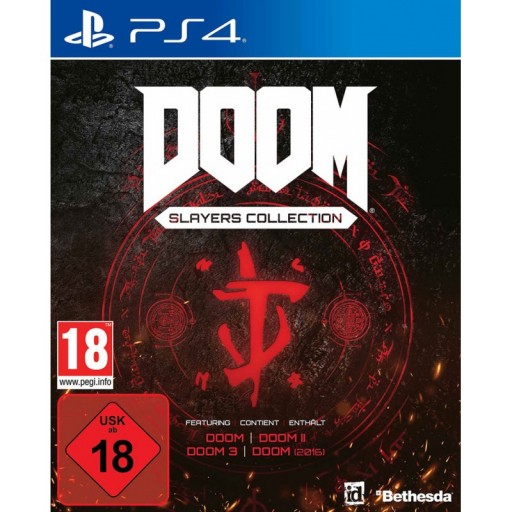 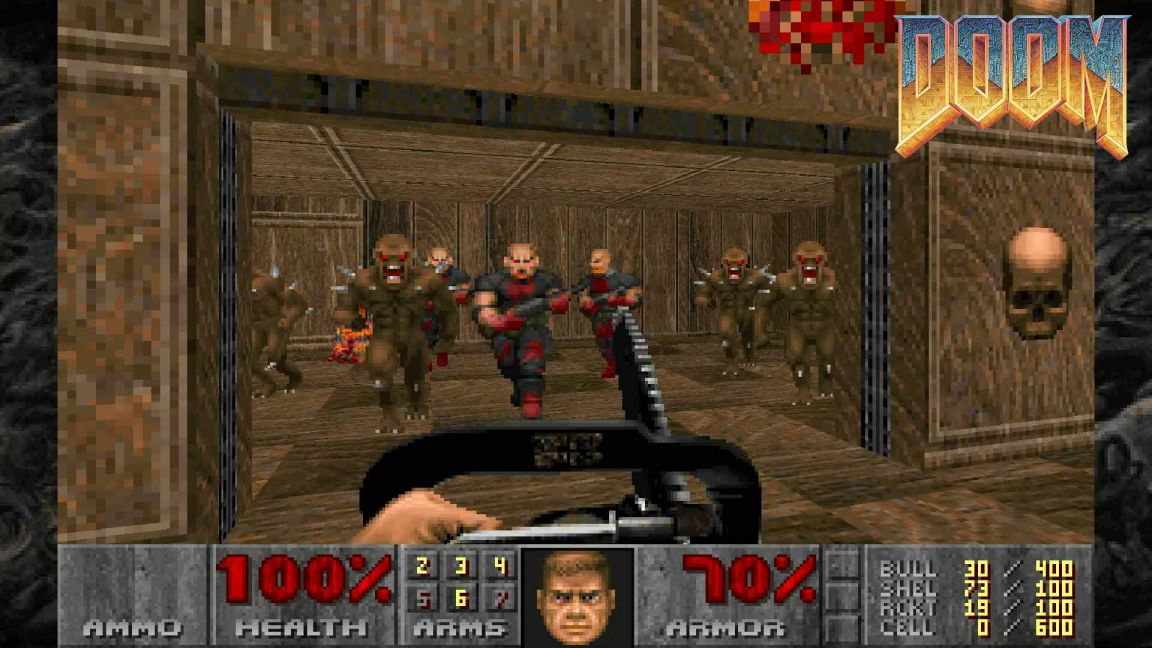 The DOOM Slayers Collection takes players through more than two decades of demon slaying - from the classic games that popularised the first-person shooter to the fan favourite franchise reboot, wield an arsenal of powerful weapons as you battle demon hordes on Mars, on Earth, and across Hell in four critically acclaimed games: DOOM, DOOM II, DOOM 3, and DOOM (2016).

DOOM
You’re one of Earth’s toughest marines stationed on mars when a military experiment opens the gates to hell. It’s up to you to beat back the demon hordes with an arsenal of brutal weapons in DOOM, the game that pioneered the first-person shooter genre and changed video games forever.

DOOM II
The beloved sequel to the ground-breaking DOOM (1993), DOOM II sends you to Earth, gives players the brutal Super Shotgun to bear against deadlier demons, and makes you face an iconic boss, the Icon of Sin.

DOOM 3
In this critically acclaimed action-horror re-telling of the original DOOM, players battle their way through a dimly-lit and terrifying, demon-infested UAC facility on Mars before entering the abyss to battle Hell's mightiest warrior.

DOOM (2016)
DOOM returns as a brutally fun and challenging modern-day shooter experience. Relentless demons, impossibly destructive guns, and fast, fluid movement provide the foundation for intense, first-person combat - whether you’re obliterating demon hordes through the depths of Hell in the single-player campaign or competing against your friends in numerous multiplayer modes. 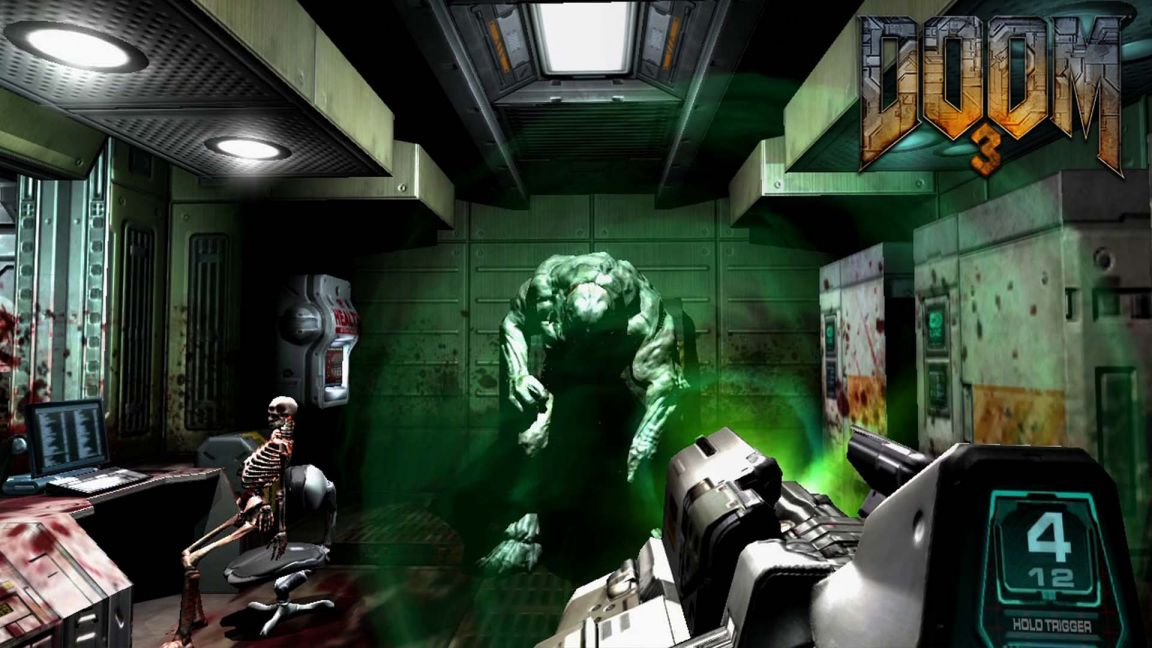 PostTweetShare Share with WhatsApp Share with Messenger
Community Updates
The Game Collection DealsThe Game Collection promo code
If you click through or buy, retailers may pay hotukdeals some money, but this never affects which deals get posted. Find more info in our FAQs and About Us page.
New Comment Subscribe Save for later
2 Comments
19th Dec 2019
Not worth it
19th Dec 2019
only doom 2016 on disc