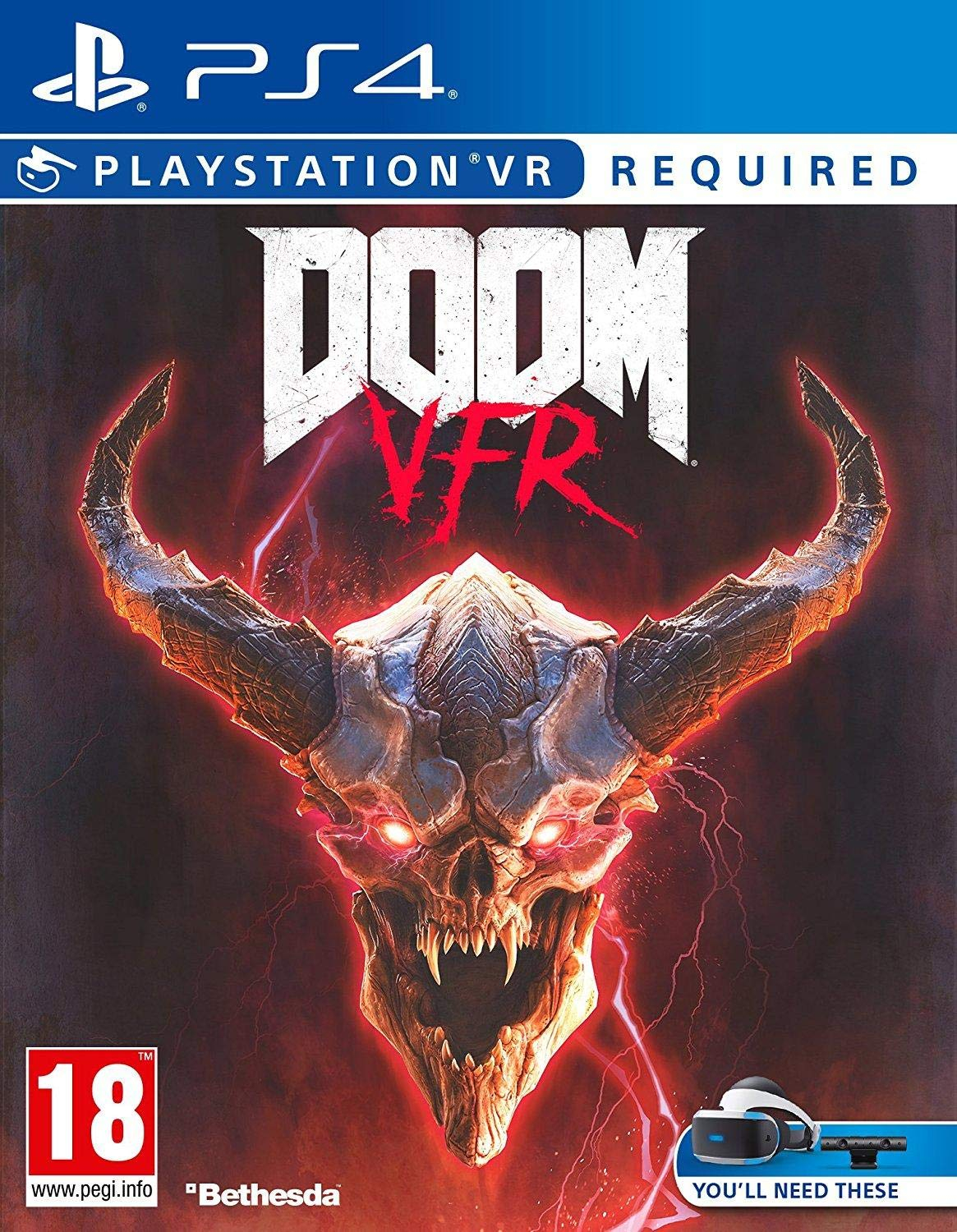 Available for PlayStation VR and VIVE platforms, this DOOM adventure will bathe you in virtual carnage. Developed by id Software, the studio that pioneered the first-person shooter genre and modern VR, DOOM® VFR brings the fast-paced, brutal gameplay fans of the series love to virtual reality. Immerse yourself in the UAC facility on Mars and the depths of Hell, as your skills are put to the test through intense combat and challenging puzzle-solving. Play as a cybernetic survivor who is activated by the UAC to fight the demon invasion, maintain order, and prevent catastrophic failure at the Mars facility. Lay waste to an army of demonic foes as you explore and interact with the outlandish world of DOOM from an entirely new perspective.

Set shortly after the demonic invasion on the UAC?s Martian research facility, you are the last known human survivor ? until your death. Under a top-secret UAC operational contingency protocol, your consciousness is transferred to an artificial brain matrix. Your designated purpose: restore operational stability and use any means necessary to stop the onslaught of demons.

- Explore all-new UAC Martian research facility areas and discover the unique abilities of a cybernetic UAC security operative
PostTweetShare Share with WhatsApp Share with Messenger
Community Updates
Amazon DealsAmazon discount code
If you click through or buy, retailers may pay hotukdeals some money, but this never affects which deals get posted. Find more info in our FAQs and About Us page.
New Comment Subscribe Save for later
3 Comments
25th Nov 2019
This is a pretty decent Vr game but I found the Move and Aim control options didn’t really work for me and went back to the ds4.
25th Nov 2019
Thanks for posting. Ordered