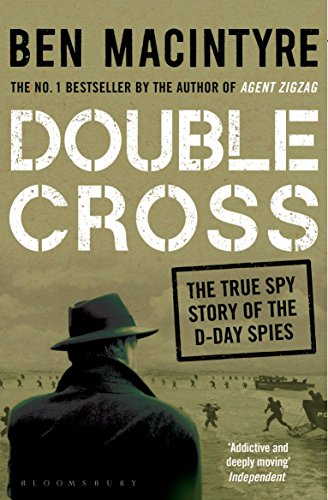 An interesting read especially if you are a history and/or espionage genre aficionado. Kindle Edition the book is for a decent price right now.

Description
D-Day, 6 June 1944, the turning point of the Second World War, was a victory of arms. But it was also a triumph for a different kind of operation: one of deceit, aimed at convincing the Nazis that Calais and Norway, not Normandy, were the targets of the 150,000-strong invasion force.

The deception involved every branch of Allied wartime intelligence - the Bletchley Park code-breakers, MI5, MI6, SOE, Scientific Intelligence, the FBI and the French Resistance. But at its heart was the 'Double Cross System', a team of double agents controlled by the secret Twenty Committee, so named because twenty in Roman numerals forms a double cross.

The key D-Day spies were just five in number, and one of the oddest military units ever assembled: a bisexual Peruvian playgirl, a tiny Polish fighter pilot, a Serbian seducer, a wildly imaginative Spaniard with a diploma in chicken farming, and a hysterical Frenchwoman whose obsessive love for her pet dog very nearly wrecked the entire deception. Their enterprise was saved from catastrophe by a shadowy sixth spy whose heroic sacrifice is here revealed for the first time.