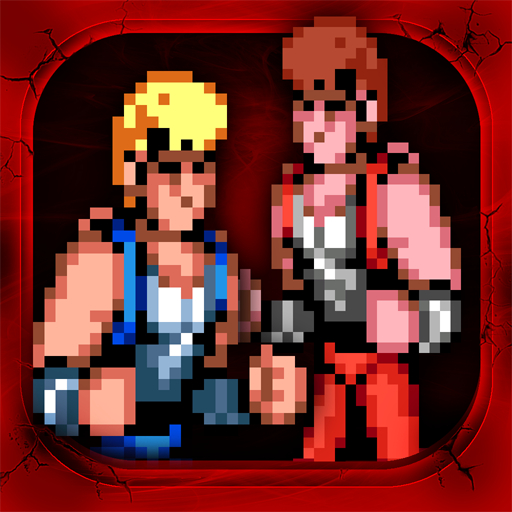 A groundbreaking, uber-popular game upon its arcade debut in 1987, Double Dragon is the undisputed godfather of co-op beat ‘em all!

Enter Double Dragon Trilogy, a compilation specially optimized for mobiles and which includes all three installments of the beloved arcade series: Double Dragon, Double Dragon 2: The Revenge, and Double Dragon 3: The Rosetta Stone. The first one begins with Billy and his brother Jimmy, two martial arts experts, in a mission to rescue
Billy's girlfriend, Marian, who’s been kidnapped by the Black Shadows Gang. All your favorite moves are here: punches, kicks, elbows, knees, head-butts and an assortment of not-exactly-street-legal weapons.

Battle your way through all 3 titles and bask in the greatness of one of the ‘80s most popular arcade games!

Was just about to say the same thing
25th Jun
This?, or Target Renegade?
25th Jun
Punch + Jump = rinse and repeat
25th Jun
This is my go to game on airplanes. The 3rd one is crap tho
25th Jun

To be fair there is also a button for kick, if you combo jump with the kick you can do a jumping kick
25th Jun
Elbow is the only attack required to complete this game.
25th Jun
This is the best deal that has ever been on this site.....EVAAAAAAAARR
25th Jun

Elbow is the only attack required to complete this game.

Elbow (move left/right of body)
Elbow again when victim stands up
Repeat
26th Jun
Who's the better character would you say? Jimmy or Bimmy?