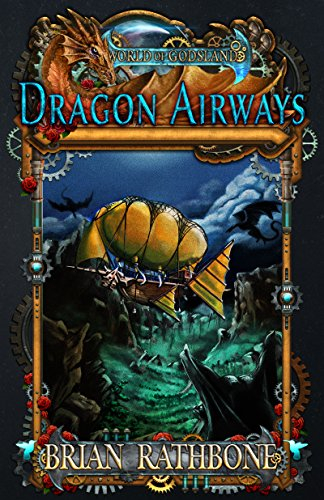 Free Kindle edition , Let Dragon Airways take you on a thrill-ride to a new and exciting world with dragons & mythical creatures.
When a boy who can sense ancient magic becomes valuable to both sides of the war, enemies close in. Fleeing those sent to capture him, Emmet and his sister Riette board Dragon Airways. Not knowing friend from foe, they must rely on even those who might betray them. In a thrilling journey spanning land and sea, brother and sister come to know the true measure of Emmet's abilities along with the real value of love, friendship, and sacrifice.

While this fantasy adventure is a distant prequel to The World of Godsland Epic Fantasy Series, and a great place to start the series, it can also stand alone.
PostTweetShare Share with WhatsApp Share with Messenger
Community Updates
Cyber Monday 2020 DealsAmazon DealsAmazon discount code
If you click through or buy, retailers may pay hotukdeals some money, but this never affects which deals get posted. Find more info in our FAQs and About Us page.
New Comment Subscribe Save for later
2 Comments
3rd Dec 2019
Thanks!
3rd Dec 2019
Got it - thanks!