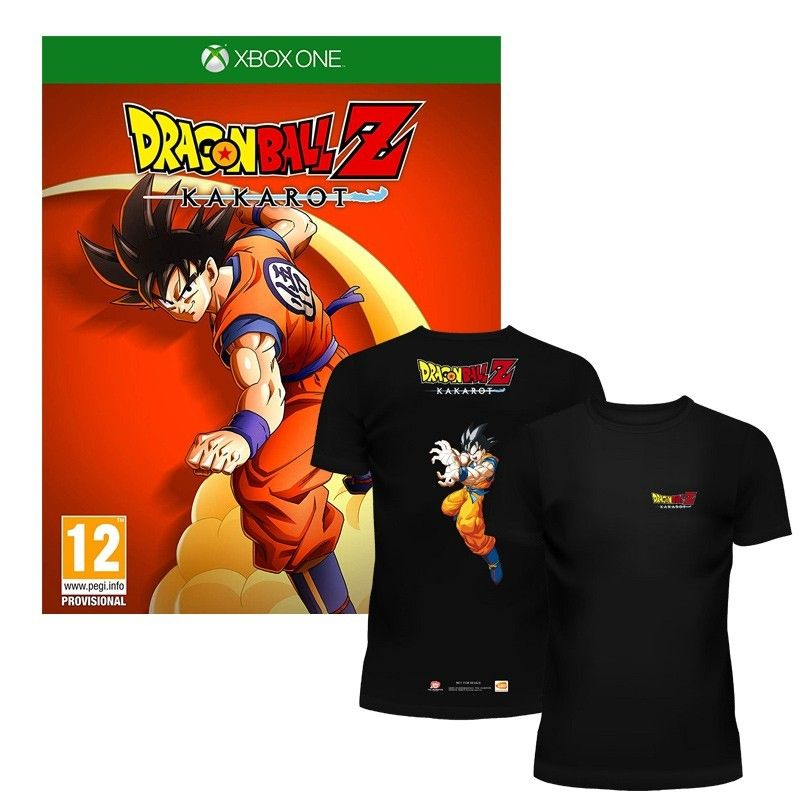 Dragon Ball Z Kakarot (PS4 too) with free t-shirt at The Game Collection for £44.99

Just ordered myself as it seems cheaper than anywhere else, plus you apparently get a t-shirt. Also, if you search "kakarot" it will bring up different sized shirts, I would link them but I'm far too lazy...

A new sub-quest (Title of the quest: “A Competitive Party with Friends”).
Early access to Bonyu’s training (new character designed by Akira Toriyama).
1 Cooking Item (permanent boost of Melee ATK and HP). NOTE - the new sub-quest and training early access are only available when reaching the Cell Saga Episode 2 of Chapter 3.
Relive the story of Goku in Dragon Ball Z: Kakarot! Beyond the epic battles, experience life in the Dragon Ball Z world as you fight, fish, eat, and train with Goku. Explore the new areas and adventures as you advance through the story and form powerful bonds with other heroes from the Dragon Ball Z universe.

Experience the story of Dragon Ball Z from epic events to light-hearted side quests, including never-before-seen story moments that answer some burning questions of Dragon Ball lore for the first time.
Play through iconic Dragon Ball Z battles on a scale unlike any other. Fight across vast battlefields with destructible environments and experience epic boss battles that will test the limits of your combat abilities. Increase your power level and rise to the challenge.
Don’t just fight as Goku. Live as Goku. Fish, fly, eat, train, and battle your way through the Dragon Ball Z sagas, making friends and building relationships with a massive cast of Dragon Ball characters.
PostTweetShare Share with WhatsApp Share with Messenger
Community Updates
The Game Collection DealsThe Game Collection promo code
If you click through or buy, retailers may pay hotukdeals some money, but this never affects which deals get posted. Find more info in our FAQs and About Us page.
New Comment Subscribe Save for later
4 Comments
4th Jan
@TheMightyGhost
4th Jan
Ps4?
4th Jan
Ok ordered 1£ discount from points thanks
4th Jan