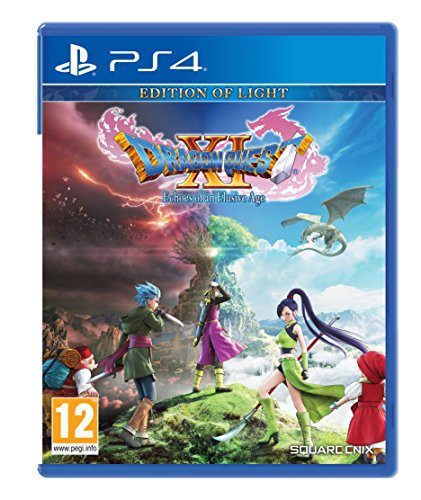 --
A young man, about to participate in his village’s coming of age ceremony, travels to a Sacred Stone alongside his childhood friend. After a series of unexpected events, this intrepid adventurer learns he is the reincarnation of a legendary hero from a forgotten age. 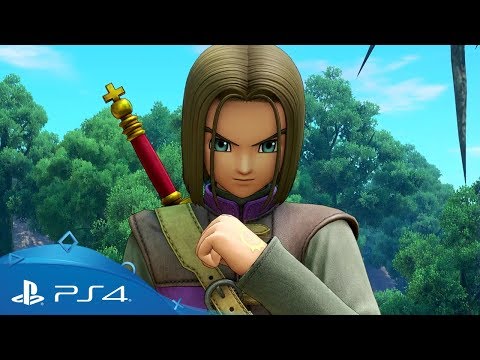 Fleeing from his pursuers, the hero assembles a band of endearing adventurers who believe he is actually The Luminary reborn. The hero and his newfound companions embark on a quest that will take them across continents and over vast oceans as they learn of an ominous threat facing the world.

The “Edition of Light” version of the game for the PlayStation 4 computer entertainment system, features the below bonus DLC: 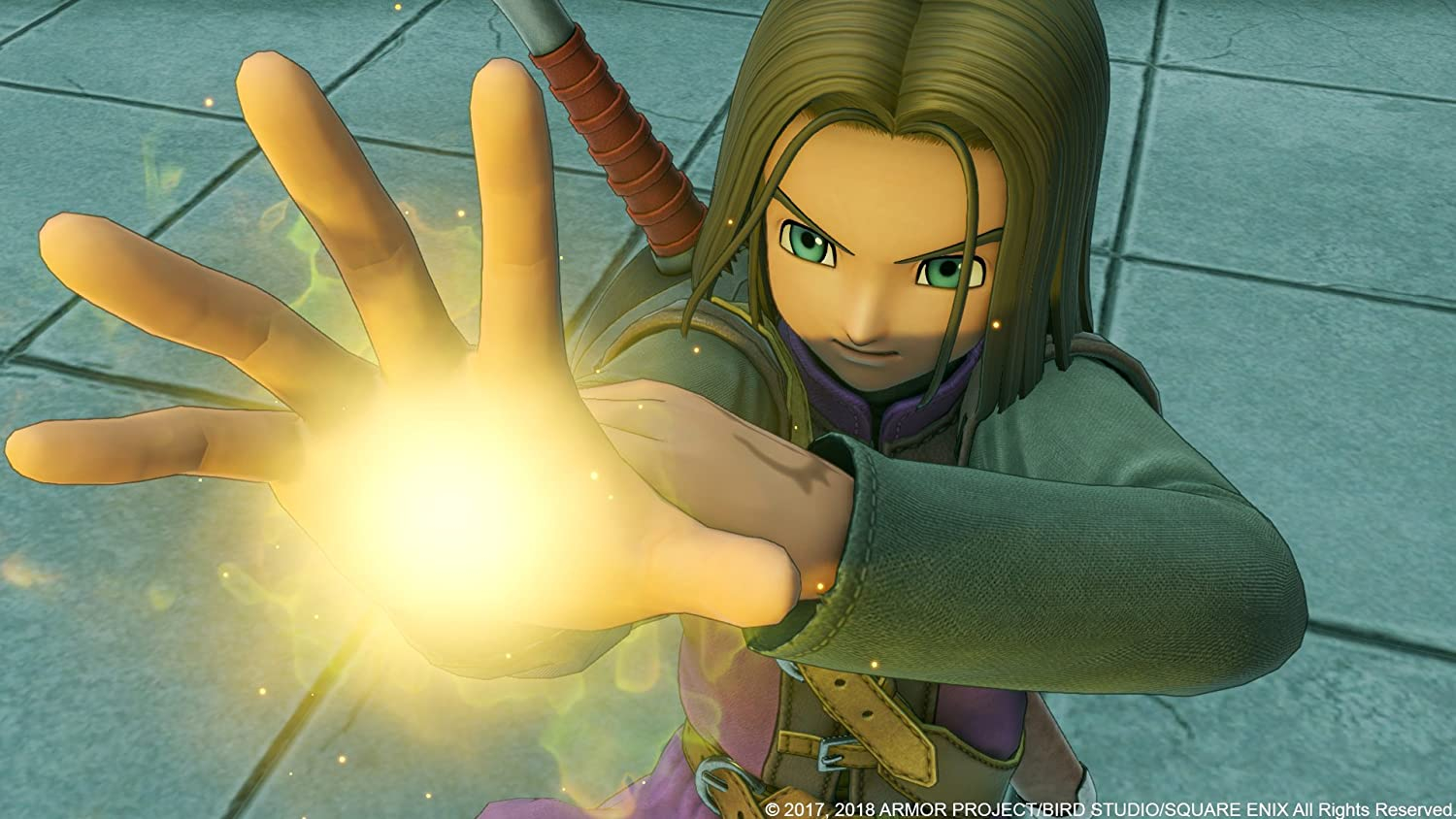 Features:
Unravel an Epic Mystery in a Riveting Tale – DRAGON QUEST XI tells the tale of a hunted hero: denigrated as a demon and pursued by a malicious monarch, you must embark on a quest to unravel the mystery of your fate and save a doomed world. At the heart of the game is an immersive story with twists and turns that pull you in and keep you craving more – from the opening cutscene to the final credits!Assemble a Colorful Cast of Loyal Companions – Accompanying the hero on his quest is an endearing band of adventurers with their own rich backstories and personalities as diverse as their designs. Once again, famed manga artist Akira Toriyama brings the characters of DRAGON QUEST to life with his delightful, one-of-a-kind style.Explore a Beautiful, Living World – DRAGON QUEST XI brings a massive, gorgeous world to life in a style that blends stylistic cel-shading with photorealistic detail. Excitement lurks around every corner as players explore populous cities, quaint villages, magnificent castles, and dark dungeons. NPC’s attend to their daily schedules, monsters change behaviors to fit their environments, and players can access new areas with the use of monstrous vehicles.Engage in Classic Battles with a Modern Twist – DRAGON QUEST XI’s turn-based battle system eases players into combat with an accessible experience that features mechanics simple enough for the novice but with enough depth to satisfy hardcore fans.Have Some Fun & Save the World – In addition to its captivating narrative, DRAGON QUEST XI features tons of side-quests and addicting mini-games that provide enough content to keep you playing for well over 100 hours. You will face insurmountable odds and an evil force of unimaginable power… but while the stakes are high, there are many fun distractions to find if you know where to look.
PostTweetShare Share with WhatsApp Share with Messenger
Community Updates
Top comments
14 Comments
Post a comment