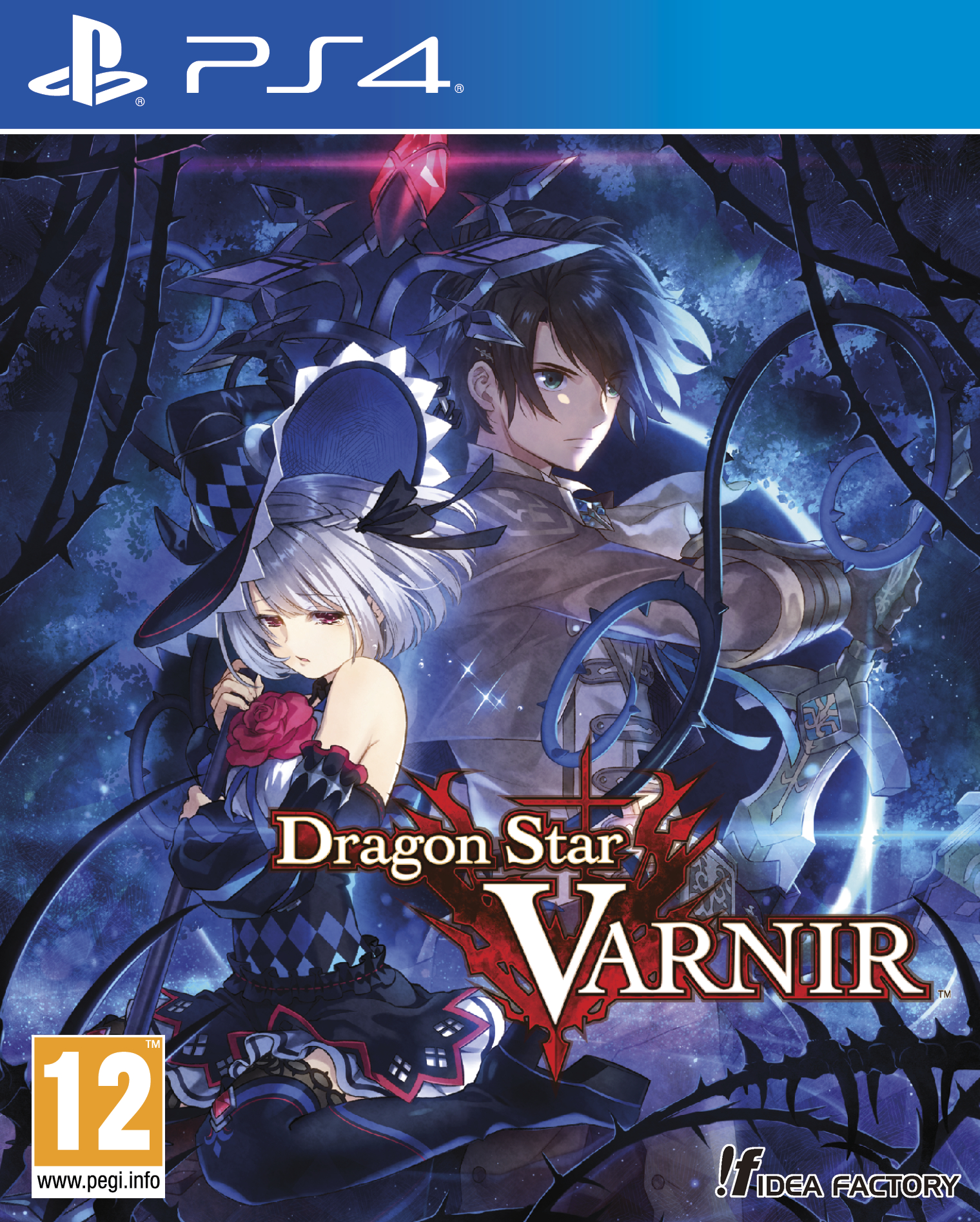 Good price. Next best price is from Reef Outlet. Amazon also sells German copies for £22.02 if any help.

The Knight Zephy is part of an order whose role is to hunt down witches – people seen as cursed beings for giving birth to dragons.

When he is almost killed on one of these missions, two mysterious witches save him from the brink of death by feeding him dragon blood.

Granted new magic abilities by their efforts, he soon finds his fate intertwined with the witches and reluctantly joins them to fight against an Empire out to destroy his kind, ruthless dragon hunters, and a witch more powerful than any in existence.

Can they fight all this and save themselves or will his new allies succumb to the dragon’s curse…? 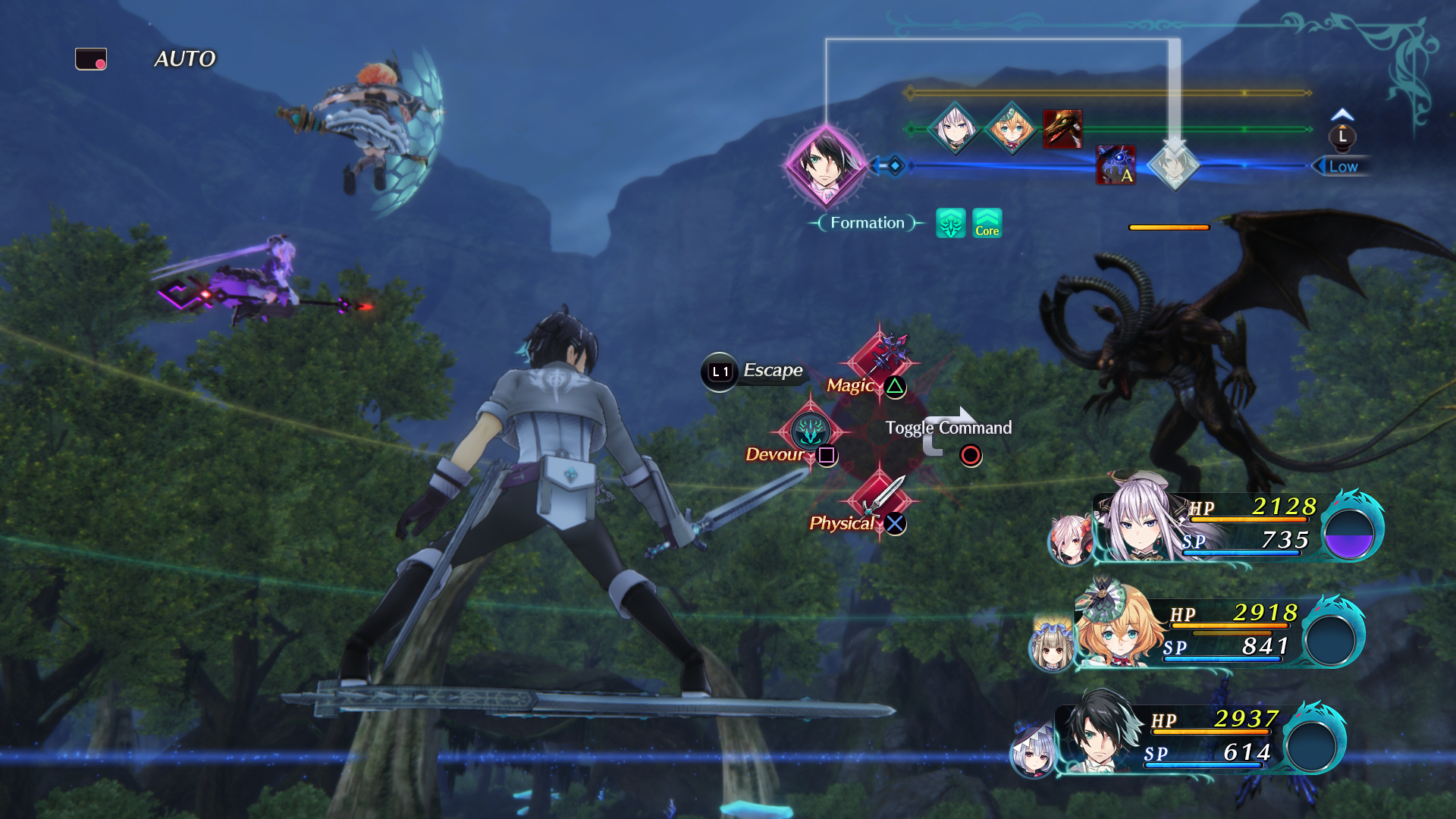 • Battles Take Flight – Fight enemies midair in a unique, vertically-oriented battle system. Strategically position your party at different tiers to attack and disable the enemy’s skills, one level at a time!
• Enter the Dragon – Perform enough attacks to unleash the dragon within, transforming each character to unlock devastating skills and newfound strength during battle!
• Become the Dragon – Weaken an enemy dragon to devour its element! When the element is pierced into a character, they can absorb that dragon’s skill tree. But at what cost…?
• Madness or Riches? – Three witches depend on you to bring them dragon’s blood as food. Starve them, and they go mad. Overfeed them, and they become a dragon! Will you keep them alive or sacrifice them to obtain ultra rare items and skills? Your choices will change the game’s endings!
PostTweetShare Share with WhatsApp Share with Messenger
Community Updates
Iffy's Store Deals
New Comment SubscribeSave for later
15 Comments
8th Jun
I really need to start playing games like this, they look good
8th Jun
Jrpgs are usually good to brilliant games.
8th Jun
Just realised this is the same people that did Dark Rose Valkyrie... game was good but very hard... reef outlet have a good price on that at the moment
8th Jun

I personally think Dark Rose was a good game but it was not well received at all both in here and Japan. This is much better than Dark Rose it terms of the game play mechanics, IMO. If you have not tried this, I'd recommend it at some point.
8th Jun

Been watching it a while on reed outlet. Maybe take it at this price and stick on the shelf... still trying to platinum AOT 2...
8th Jun

It has been on offer at this price twice in two months, so
I’m sure it will be on offer again before going out of print.

Are you still playing AOT? did we not talk about it a good few mo this ago or am I imagining?

I’m fully hyped for the season finale of anime. Just watched the trailer on YouTube the other day and it does look awesome! I think change of studio was a great idea!
8th Jun

Yes I think I did mention it a couple months ago... lack of playtime 😞

Back on it again and determined to platinum... just got the weapons to build... it shall be done then I can move on with my life lol.... maybe to metal max xenon or first of the North Star.. see what takes my fancy... backlog is huge lol

Not seen the trailer I’m going to have to go have a look, not seen the anime either, all my story comes from the game.
8th Jun

I don’t blame me! I came back to YS after a good few months gap for the exact same reason!

You played AOT but have not watched the anime?! So sorry to say but you’re missing a lot! The manga and consequently the anime are one of the best creations in humans history! The AOT is the game of thrones of anime but without a silly final chapter! watch it!
8th Jun

Ok ok I did try once, got 4 episodes in and decided I prefer killing them to watching them: but I’ll try again under your recommendation
Such a good game though... hope they release another that will use 180h of my life lol
8th Jun

I have to admit, the first season has the highest level of gore. But in the second season onwards, things start to shape drastically. You really need to watch them, I must repeat! And I’m pretty sure there would be another AOT but on PS5, most likely.
14th Jun

Bloody hell the platinum just popped! Thought I had to do all the convos but they were part of final battle! Almost feel a little robbed lol
14th Jun

Congrats! How many hours in total for it?
14th Jun

Congrats! How many hours in total for it?

But now I’m thinking I need to spend another 10h to get 100% across everything... and SS every mission... just so I can say to myself it’s finished and close the door lol
I’ll decide tomorrow... such a good game ruins everything else ‌
Edited by: "TonySquared" 14th Jun
15th Jun

170 hours put me a bit off from attempting it. I've been play YS VIII past few months and just managed to finish the first playthrough on Sunday. Took ages. Need something lite after that for a while. Well done on persisting to finish it and getting that platinum!
15th Jun

Like I said if you know how, it could be done a lot quicker. There is a move that hoards materials, I didn’t know about it, but if you had that early on it would speed things up. Then it’s just the gold... fantastic game tho... so well produced.