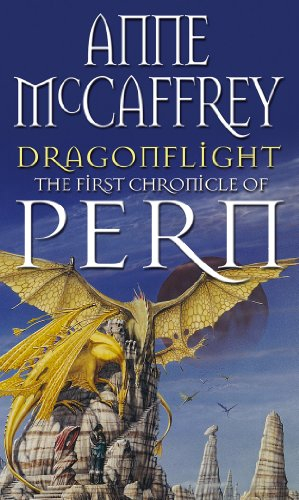 The men who rode the dragons were a breed apart. Chosen when the dragons were first hatched, they became soulmates for life with the huge, magnificent beasts they controlled - the green, blue, brown and bronzes - beautiful - terrible - the only creatures who could defend the planet Pern from the blood-red star. But without the Queen, the dragons would become extinct. Only the gigantic, golden Queen could breed the new flights. And the Queen was fading . . . dying . . . leaving behind one last, huge, golden egg.
PostTweetShare Share with WhatsApp Share with Messenger
Community Updates
Amazon DealsAmazon discount code
New Comment Subscribe Save for later
3 Comments
10th May
Same price at Google Play - handy if you have credit from Google Rewards

play.google.com/sto…9YC
10th May
Read them all 40 years ago. Great series.
10th May
If you want a 21st Century take on it then I highly recommend Jen Williams' latest trilogy, The Winnowing Flame.