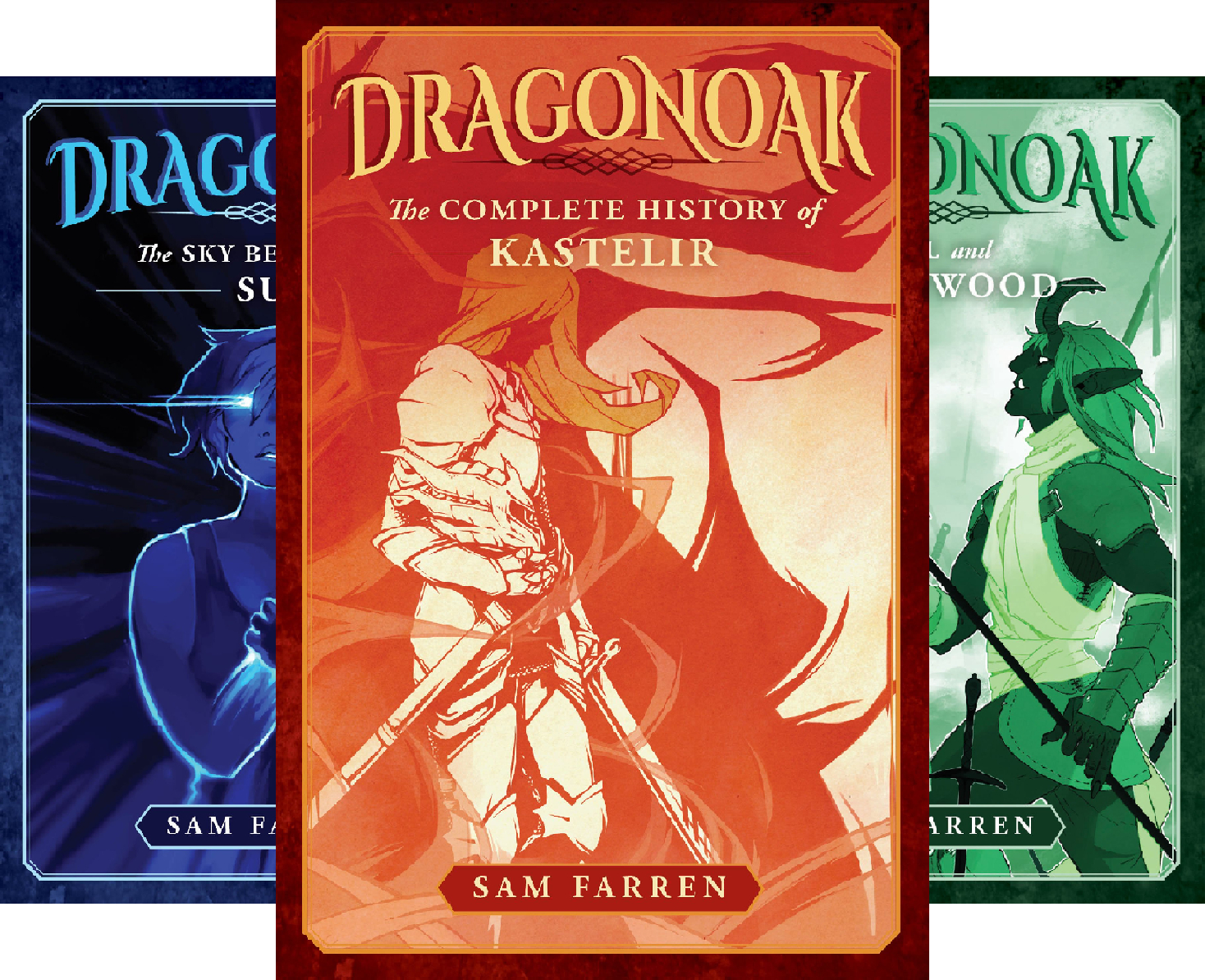 FREE£0.01Amazon Deals
3
Get deal*Get deal*
3Get deal*Get deal*
473°
Dragonoak Trilogy by Sam Farren FREE on Kindle @ Amazon
Get*Get deal*
Posted 17th Oct 2020
From Book 1: After being exiled to the farmland around her village, Rowan Northwood takes the only chance at freedom she might ever get: she runs away with a passing Knight and doesn't look back. The woman cares nothing for Rowan's company, yet she’s the first person who isn’t repulsed by the powers that burn within her.

Rowan soon learns that the scope of their journey is more than a desperate grasp at adventure. She breaks away from the weighty judgement of her village and has no choice but to abandon her Kingdom altogether. Sir Ightham's past takes them to Kastelir, a young country draped in the shadow of its long-dead Queen: a woman who was all tusks and claws and great, spiralling horns.

Hiding her necromancy is no longer Rowan's greatest challenge, and what hounds them across Kingdoms and through mountains is already fifteen-hundred years in the making.
PostTweetShare Share with WhatsApp Share with Messenger
Community Updates
Amazon DealsAmazon discount code
New Comment SubscribeSave for later
3 Comments
18th Oct
Cheers OP
18th Oct
Thanks OP, downloaded. Never heard of this series, but it sounds like I'd enjoy it. And free books are a wonderful thing!
18th Oct
Nice find thanks!