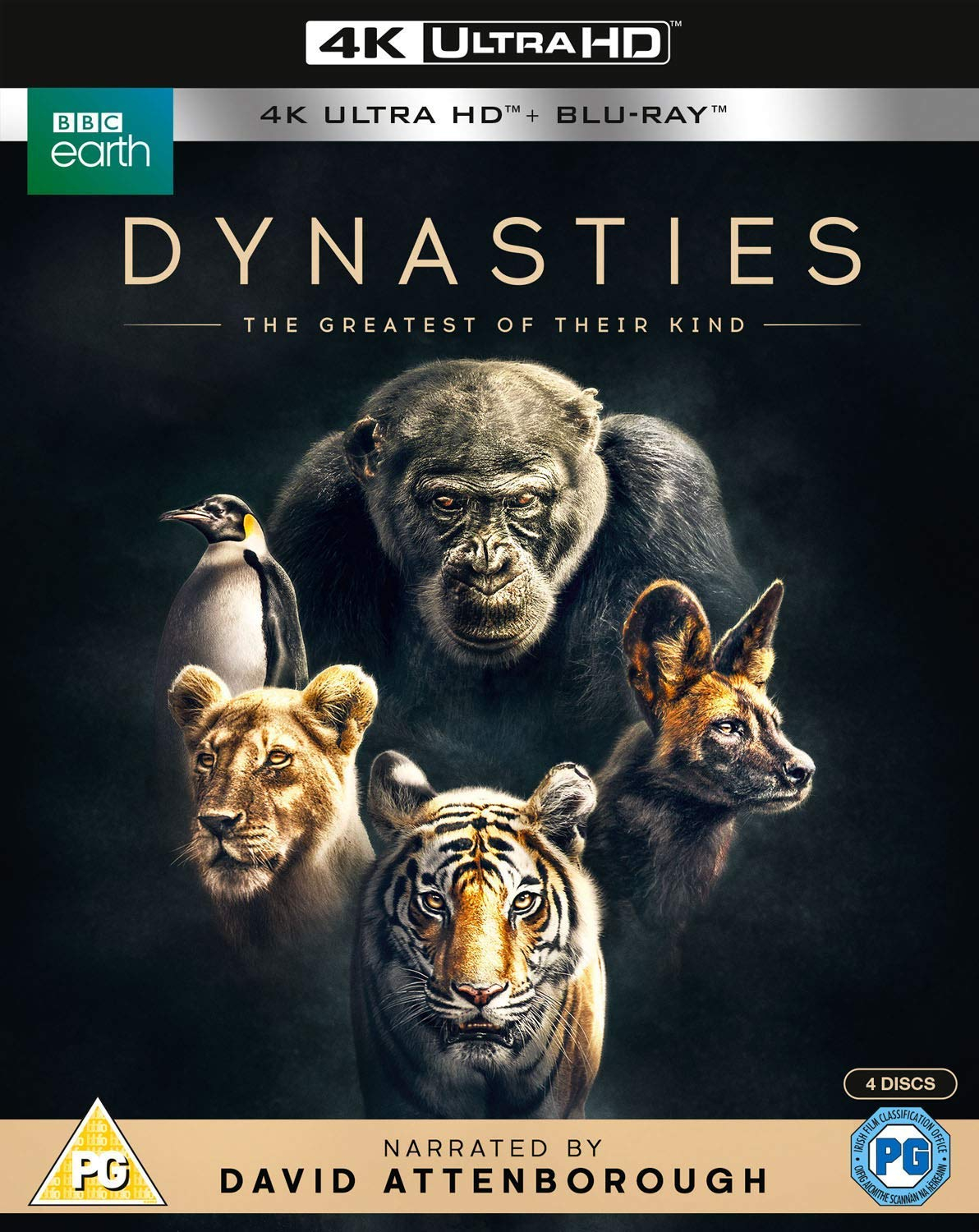 Cheapest its been on Amazon.

Dynasties takes you deeper into the lives of five of the world’s most celebrated and endangered animals than ever before: Emperor Penguin, Chimpanzee, Lion, Painted Wolf and Tiger. Travel from the plains of Africa to the jungles of India, from the edge of the Sahara to the frozen wastes of Antarctica. Watch leaders battling rivals for their crown, feuds tearing families apart and parents risking their lives to protect offspring from the coldest and cruelest winter on earth. Five extraordinary animals in heroic battles against the odds, Dynasties, the most intimate and intense stories of their kind ever told.

Audio on UHD Blu-Ray discs are in DTS HD MA 5.1.
Dolby Atmos audio only on HD Blu-Ray discs.
PostTweetShare Share with WhatsApp Share with Messenger
Community Updates
Amazon DealsAmazon discount code
New Comment Subscribe Save for later
3 Comments
17th Feb
Is this the one that states Atmos on the box but doesn’t actually have Atmos audio?
17th Feb
From the Amazon page, it's states only blu Ray has Atmos audio, not the uhd discs
20th Feb

USA got the Atmos version