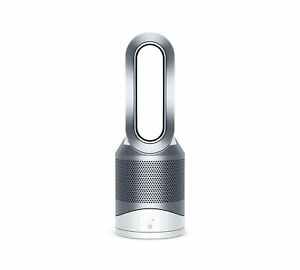 I know these don't typically get well heated on here. But this is a good deal if you do want one of these. There is a new model out but it's £500+ and this model can still be bought online at about £400.

The cheapest this model has ever been is about £319 when eBay did a 20% discount.

So while this is refurbished, it's done by Dyson and still has a 12 month guarantee.

Hope it helps someone out who's already in the market for one of these.

I called Dyson to try to get details on what the difference is between the models but their phone lines were crazy busy.
PostTweetShare Share with WhatsApp Share with Messenger
Community Updates
EBay DealsEBay discount code
If you click through or buy, retailers may pay hotukdeals some money, but this never affects which deals get posted. Find more info in our FAQs and About Us page.
New Comment Subscribe Save for later
29 Comments
27th Nov 2019
I have the new model, and it’s great but unjustifiably expensive, this seems much more like it.
I’m not sure what the changes are between this model and the new one, possibly just the screen.
27th Nov 2019

That was my thought too, that the difference may just be the screen on the device...
27th Nov 2019
These will surely just be customer 30 day returns
27th Nov 2019

Would you not wait till black friday for further 40% off? or am i missing something
27th Nov 2019

I doubt that will happen. eBay may do a code on Black Friday then I think Dyson will put the price up. We'll be lucky if eBay do a 20% code off of everything. If that happens you can order again as it is free returns, but I really doubt this will happen. Dyson usually sells this for £349.99 and they just reduced it by £100. Someone even bought this today just before they reduced it. There is no way you will get this 40% cheaper than £249.99. That is my opinion of course...
27th Nov 2019
Thanks for posting this. I’ve wanted one for a while but not prepared to pay full price. Ordered at this price. Hot from me.
27th Nov 2019

There is definitely a 40% off eBay outlet on Friday. However, I don't know if prices will be hiked up or not
27th Nov 2019

‌ -- I don't know where the 40% came from in that comment. 20% if we are very lucky. I would keep an eye on the stock and if it gets low place another order. I ordered one at this price as I really believe this will not go lower on Black Friday. These things are always a waiting game, as long as there is stock there is no harm in waiting. They seem to be selling quite quickly though.
27th Nov 2019

Interesting, we'll have to see. If this falls in the 40% off outlet I'm convinced the price will go up. I will be watching, even though I've already bought one at this price.
Edited by: "ruffrice" 27th Nov 2019
27th Nov 2019

Apart from the LCD screen, I know that the air filters are thicker and better on the newer model (HEPA + carbon vs HEPA only on the previous model). Also, a bigger oscillating range. Higher airflow.

I’ll be waiting for a proper discount on the newer model because the differences are not cosmetic, but do really affect the air filtration capabilities.
27th Nov 2019

You're right the filters do seem to be different between models. According to the listing this model does have activated carbon but there isn't as much of it:

I'll try and get hold of Dyson tomorrow and post the differences I'm told on the phone. I'm sure the newest model does have more airflow capacity but I'd like to know how much if Dyson CS can tell me. Thanks for sharing the details you posted, I took the plunge and couldn't wait for the new one to get reduced!

‌
Edited by: "ruffrice" 27th Nov 2019
27th Nov 2019
Careful with this one, blows a bit hot and cold
27th Nov 2019
Any comments welcome from those who have/do own this:
- What are the ongoing maintenance costs? E.g. filters
- Has the filter made any noticeable difference in your home?
- Any issues/flaws that you’ve noticed over time?

Tempted to take the plunge at this price but looking for that final push.
27th Nov 2019 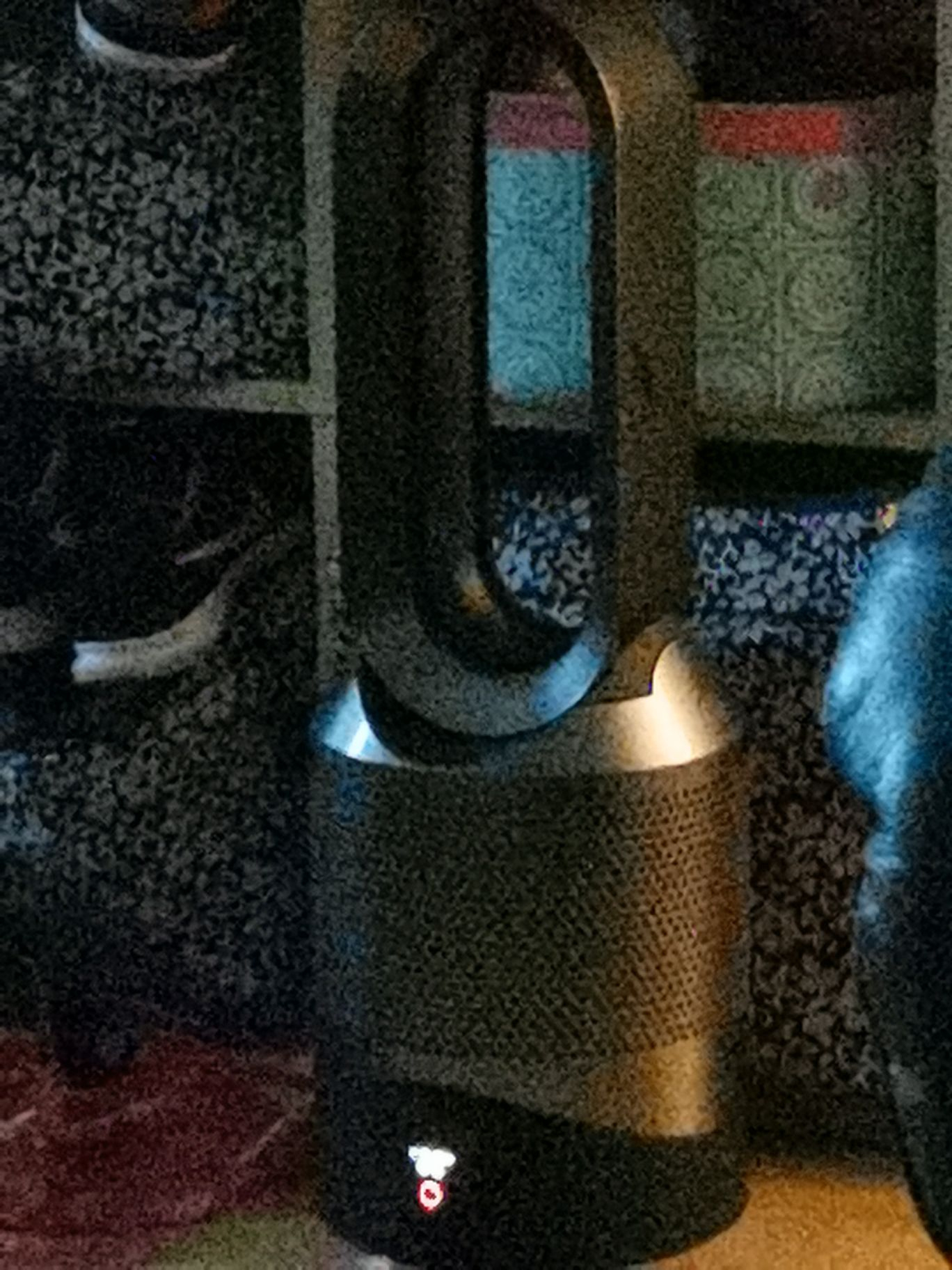 Works very well and fillter once a year not had a problem yet
27th Nov 2019
Am tempted too...
‌
27th Nov 2019
This is probably a great price for this but it really is a victory for marketing over function.
27th Nov 2019
Honestly, I agonised about buying one of these, I really did. In the end I ordered a neat little 2kW cube heater from homebase for £10.65 (homebase.co.uk/200…937) and have my regular £10 fans for summer in the attic for summertime. No they don't 'purify the air' but the cube heater and fans work just fine and save £220 on a big lump of dyson marketing. Apologies to all the dyson 'fans' out there, just explaining my decision.
28th Nov 2019

Can you expand further on this, please.

Yes I can, it heats air just like any £10 fan heater and if you want an air purifier you can get a much better one much cheaper. It is quiet I will give it that, but you are paying for design and marketing vs what it actually does..much the same as all Dyson products
28th Nov 2019

In case they don’t provide all the details, if you Google Dyson HP04 vs HP02 you’ll see some reviews comparing the features in each model.

And yes, you’re right, the HP02 does have some carbon in their filter (one of the reviews I checked was incorrect). In more detail: the HP04 has two separate filters while the HP02 has a combination filter. The HP04 has 60% more HEPA material and 3 times more activated carbon.

I had watched video reviews comparing the older model to other purifiers and the filters on the competitors were much more substantial, hence why I would rather wait for a better price on the HP04 as I’m not too confident that the HP02 does a good enough job to justify (the still) high price.

I also like that on the HP04 you can check the levels of pollutants in real time and see it in action.

The HP04 includes a backward airflow mode, so if you only want filtered air, but not having it blown towards you (eg, Spring), you can.

Okay, and now you don’t need to use Google anymore because I’ve summed it all up
Edited by: "melomanias" 28th Nov 2019
29th Nov 2019
Just got mine. Near perfect. No marks or signs of use at all. Just didnt come in a dyson box, just standard brown box. Really happy with it for the price
29th Nov 2019

Thanks for that. I won't buy anything Dyson as a matter of principle, due to his sheer hypocrisy about EU/Brexit, British jobs etc. That's another story though, and not for here.
2nd Dec 2019
it was posted on here for £280 brand new a few days ago lol
3rd Dec 2019

What a weird world we live in where people are happy getting used dodgy goods in brown boxes and paying through the nose for it. Your brain has been successfully reconditioned by Dyson

This price is a joke and still nowhere near reality. I've had lots of their fan heaters and they are cheap garbage. The funniest thing I found was that the electronics smelt so cheap and nasty, the air out of my Dyson fans smelt unbearable and made the air so much worse lol. I couldn't even put my face infront of it. They need a filter just to remove the smell of their own cheap manufacturing(!)
3rd Dec 2019

Their fans are not quiet - I've had tons of Dyson fans - all mine were new and not refurbs. They are loud and have poor airflow. Had to send all mine back. This is in addition to crappy cheap build quality and nasty electronics smell from their fans which goes into the air blowing in your face.

Also - always check the filters of "refurbs" with anything Dyson... I've read lots of stories online of people's filters being disgusting and very dirty (even full of dog hairs etc) when it comes to Dyson refurbs.
Edited by: "Master_Yoda" 3rd Dec 2019
4th Dec 2019

Got a link? I can't see that. I've been looking for the cheapest price for a while and regularly checking, never seen it new at £280.
4th Dec 2019

That model also doesn’t purify- and has always been significantly cheaper than the deal discussed here.

Having had both the HP02 and HP04 now, I much prefer the newer model - it’s a lot quieter (I couldn’t sleep with the HP02 on in the same room), and the ability to see pollutants in real time is a nice touch