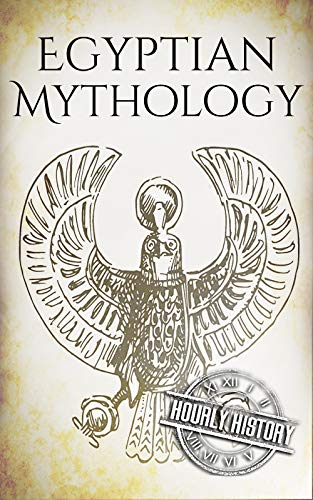 In this brief introduction to the subject of Egyptian Mythology the author has given a lot of thought to the context of the subject. This makes it an easy read. There is a useful Historical Timeline which allows the reader to follow the complexities of Egyptian history and locate the mythology within the development of the country.

Inside you will read about...
✓ A Timeline for Ancient Egypt
✓ Historical Egypt
✓ The Myth Of Creation
✓ The Pantheon Of Gods
✓ Mythology In Day To Day Ancient Egypt
✓ The Central Role Of The Temple And Some Temple Rituals
✓ Sources Of The History Of Egyptian Mythology
✓ The Underworld And Life After Death
✓ Pyramids And Their Locations

The book includes the myths of the creation in some detail and introduces the top Deities in a Pantheon of over two thousand God and Goddesses. The presence and importance of the Nile is discussed and details of daily life, including the rituals followed in the temples, essentially the backbone of the economy, are well covered.
PostTweetShare Share with WhatsApp Share with Messenger
Community Updates
1 Comment
Post a comment