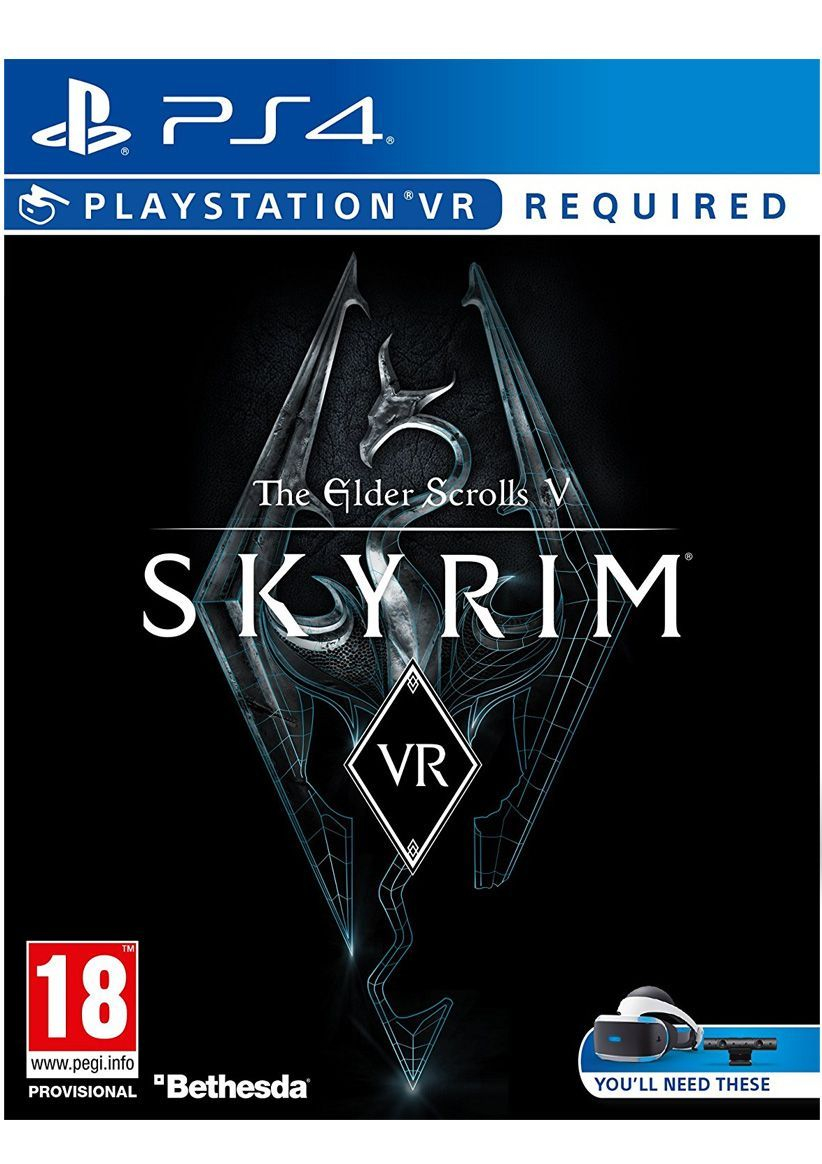 Please note: You will need PlayStation VR headset and camera to play

A true, full-length open-world game for VR has arrived from award-winning developers, Bethesda Game Studios. Skyrim VR reimagines the complete epic fantasy masterpiece with an unparalleled sense of scale, depth, and immersion. From battling ancient dragons to exploring rugged mountains and more, Skyrim VR brings to life a complete open world for you to experience any way you choose. Skyrim VR includes the critically-acclaimed core game and official add-ons - Dawnguard, Hearthfire, and Dragonborn.

Dragons, long lost to the passages of the Elder Scrolls, have returned to Tamriel and the future of the Empire hangs in the balance. As Dragonborn, the prophesied hero born with the power of The Voice, you are the only one who can stand amongst them.
PostTweetShare Share with WhatsApp Share with Messenger
Community Updates
Simply Games DealsSimply Games voucher
If you click through or buy, retailers may pay hotukdeals some money, but this never affects which deals get posted. Find more info in our FAQs and About Us page.
New Comment Subscribe Save for later
12 Comments
29th Nov 2019
Happy Black Friday mixi.

Happy Black Friday mate. I am good bud, how about yourself?

Love Black Friday! Before I came to work I pulled the trigger on the £99 Xbox One S deal! Nabbed anything? Thanks again for all your deals as always. A HUKD legend
29th Nov 2019

That's very kind of you mate. I bought 3 games so far. No man's sky, Assassin's creed and ghostbusters I want to get a few of those VR games too hopefully tomorrow but no hardware for me. The golf vr, box vr, crazy machines and cool paint hopefully will be ordered tomorrow.
29th Nov 2019

Honestly, you do us proud all year and its always appreciated. Thank you.

Nice pick ups! It's the time to be alive as a gamer is BF!

I didn't plan on hardware but oops! Bargain though. I hope to let my lad play a bit more and it will make a nice relaxed living room set up (Away from my games room and geek room lol).
29th Nov 2019

Now I am blushing lol. Appreciate it a lot. I recently managed to have my own man cave. Managed to set up most of my shelves in that room and I am now surrounded by my CEs. I totally understand your feelings. It is the best thing for a gamer to sit and play enjoy their time with their loved ones! I wish you and family good times mate.
29th Nov 2019

Haha you're welcome matey. Getting your own man cave is the best feeling! That sounds awesome, bet yours is amazing! I got mine ok and unfortunately I have gained so much lately (Mostly Funko Pops!) that its not organised how I want. I need to get it sorted and give it a clean and a dust, hopefully next week in my week off from work I can do so.

Can't wait to get the digital Xbox! I see we get Jurassic World and Toy Story 3 next month, jurassic is probably too scary for him but will defo be playing Toy Story! Thanks buddy, I wish you and yours the same
Edited by: "loopylloyd" 29th Nov 2019
29th Nov 2019
You should probably call this Skyrim VR in the title to avoid confusion that it is also the playable as the regular Skyrim
29th Nov 2019

Nice! Mines is not organised too lol. Currently filled with boxes that needs to be unpacked lol. And I had to overload those shelves to the celling with CEs. I also traded the Xbox with a PS4. Think that was the right decision as I didn’t touch it for a year at least...

Enjoy your gamin time mate. Glad to hear you and you little fella are having good times ‌
29th Nov 2019

Thanks mate! I am sure we will both get it how we want them over time

Nice, not sure if you add people on PS4 from here, no worries if you don't but if you do my PSN is the same as HUKD.

Really good company. Have some heat