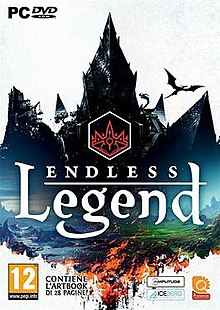 All Amplitude games are free to play until 20th on Steam. There is also 75% discount on prices in case if you decided to buy them. Thought would worth a share since all of them are having great reviews. 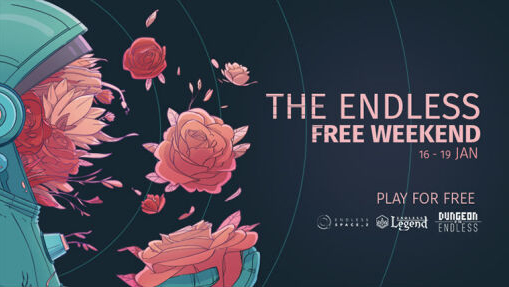 “My new beau is Endless Space 2, and it’s got its hooks in me deep.”
Recommended – Rock Paper Shotgun

“GOLD AWARD - The most immersive and complex 4X strategy of recent years.”
88% – 4Players

“A new masterpiece of the genre, as simple as that.”
9/10 – Journaldugeek 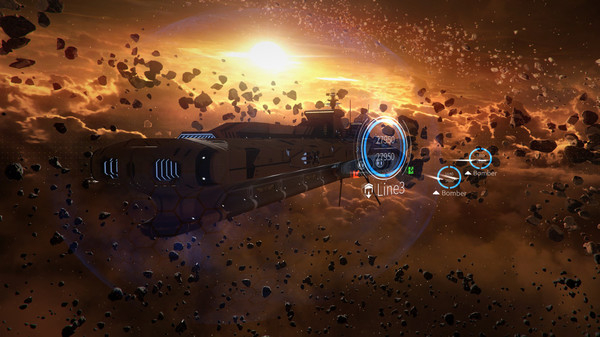 Endless Space 2 is a Strategic Space Opera set in a mysterious universe.
Your story unfolds in a galaxy that was first colonized by God-like beings known as the “Endless”, who rose and fell eons ago. All that remains of them are mystical ruins, powerful artifacts, and a strange, near-magical substance known as Dust.One More Turn.

“Plays out on one of the greatest, most beautiful maps in strategy gaming history. It combines style, substance, and setting into a marvelous overall experience for both empire management and tactical combat.”
8.3/10 – IGN

“BEST STRATEGY GAME 2014 - Reinvents the 4X genre, mirroring what XCOM did for tactical turn-based games, and they have, as today Endless Legend brings the genre to new heights.”
9/10 – Hooked Gamers

“COMMENDATION FOR DESIGN 2014 - At every stage Endless Legend shines. Where it takes from the past, it puts its own spin on it. Where it innovates, it does so cautiously and mostly successfully. Amplitude Studios has created another astounding story-driven game, that really has taken the best bits of RTS, RPG and 4X. This is a game that wannabe developers should play and learn from.”
89% – PC Gamer 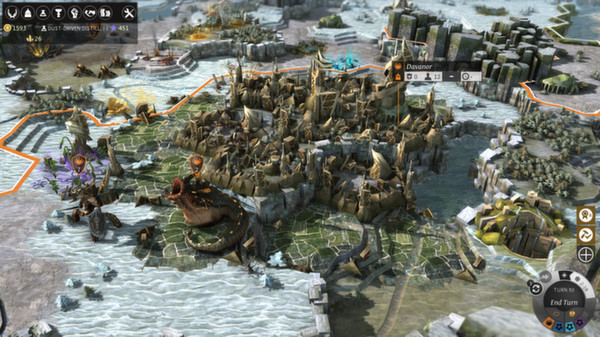 Another sunrise, another day of toil. Food must be grown, industries built, science and magic advanced, and wealth collected. Urgency drives these simple efforts, however, for your planet holds a history of unexplained apocalypse, and the winter you just survived was the worst on record. A fact that has also been true for the previous five.

As you discover the lost secrets of your world and the mysteries of the legends and ruins that exist as much in reality as in rumor, you will come to see that you are not alone. Other peoples also struggle to survive, to grow, and perhaps even to conquer.

You have a city, a loyal populace, and a few troops; your power and magic should be sufficient to keep them alive. But beyond that, nothing is certain… Where will you go, what will you find, and how will you react? Will your trail be one of roses, or of blood?
______________________

Dungeon of the Endless

“There’s nothing to rank alongside it. Influences and borrowings be damned – it stands alone and is as brilliantly designed, challenging and cunning a package of ideas and aesthetic choices as anything I’ve seen this year.”
Wot I Think – Rock, Paper, Shotgun

“Don’t be fooled by the simplicity of its pixels: no individual element of Dungeon of the Endless is especially complicated, but together they form a fiendish and unforgiving challenge. If you’re willing to take that on then it makes it more than worthwhile, borrowing from several genres to create something that feels unique - as well as bursting with personality and smart choices.”
8.1/10 – IGN

“From its setting to its design and aesthetic, Dungeon of the Endless feels like a game built for me. It’s tough and unforgiving, but it’s also fair. Despite all the deaths I spent climbing through the dungeon’s floors, I slowly mastered the game. That’s a testament to the roguelike genre, and it’s why I like tangling with it so much.”
4.5/5 – Game Revolution 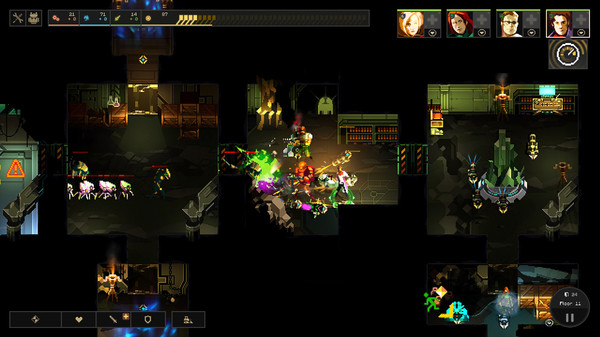 A few hundred condemned criminals were being shipped to the Auriga system on board the prison hulk “Success”. While this was presented as a chance to earn back their place in society by working hard for the common good, they understood that in fact they would be slave labour, sent to colonize an unexplored planet. All they knew about Auriga Prime was what the probes told them: it had water, temperate zones, plant life, and plenty of metals in the crust.

In fact, the planet Auriga once hosted a major settlement of the galaxy-travelling ancestors known as the Endless. In addition, the planet was still orbited by a functioning (and well cloaked) defensive system, which sprang eagerly to life upon the arrival of the Success. Within a few minutes, the ship was nothing but a few large chunks of metal falling toward the planet.
PostTweetShare Share with WhatsApp Share with Messenger
Community Updates
Steam Store DealsSteam Store voucher
New Comment Subscribe Save for later
3 Comments
17th Jan
Still haven't got round to playing this but I have listened to the soundtrack for it dozens of times. I'd recommend at least checking that out if, like me, you don't currently have the time needed to properly get into a 4x strategy game; not least because you can get it for as much or as little as you want on Bandcamp.
17th Jan
hotukdeals.com/dea…795
17th Jan
I really enjoy Dungeon of the Endless, but it does have a few bugs. Thoroughly enjoyed playing it co-op with mates online