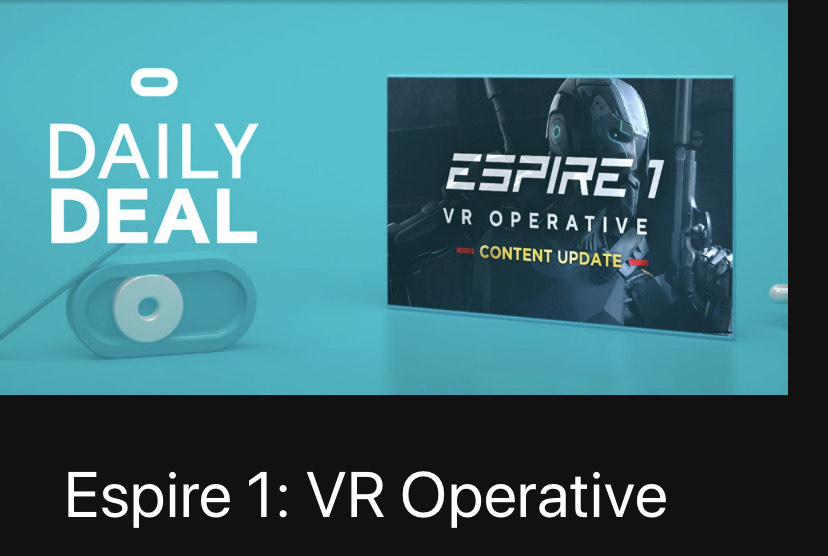 **Now including 1.5 “Content Drop” with 9 new Virtual Challenges and host of improvements**

With Espire 1, we’re delivering VR’s definitive Stealth Experience. Gone are the days of watching a super-spy hero on-screen: by leveraging the head and hand-tracked capabilities of current VR technology, players can physically live out their 007 fantasies as the Espire Model 1 Operative. These stealth mechanics cannot be replicated on another medium.

Players assume the role of an Espire Agent - a drone operator of the future. From the safety of their “Espire Control Theatre” (sized to their Oculus Guardian Boundaries) they deploy the Espire Model 1 operative on assignments around the globe. The player then remote-operates Espire 1 from thousands of Kilometres away - the player’s movement is translated 1:1 into that of Espire.. The “Control Theatre” mechanic is not only a story component; it is used to minimize VR sickness whenever the player performs artificial movement.
PostTweetShare Share with WhatsApp Share with Messenger
Community Updates
Oculus Deals
New Comment SubscribeSave for later
3 Comments
19th Apr
Still waiting for ours to turn up, ordered on 6th april, had order confirmed and await dispatch email on 9th April and nada.
19th Apr

I've ordered mine from amazon last week, its due on Tuesday. Hopefully everywhere will have restocked soon.
19th Apr
Is this any really good? Like repeat playability?