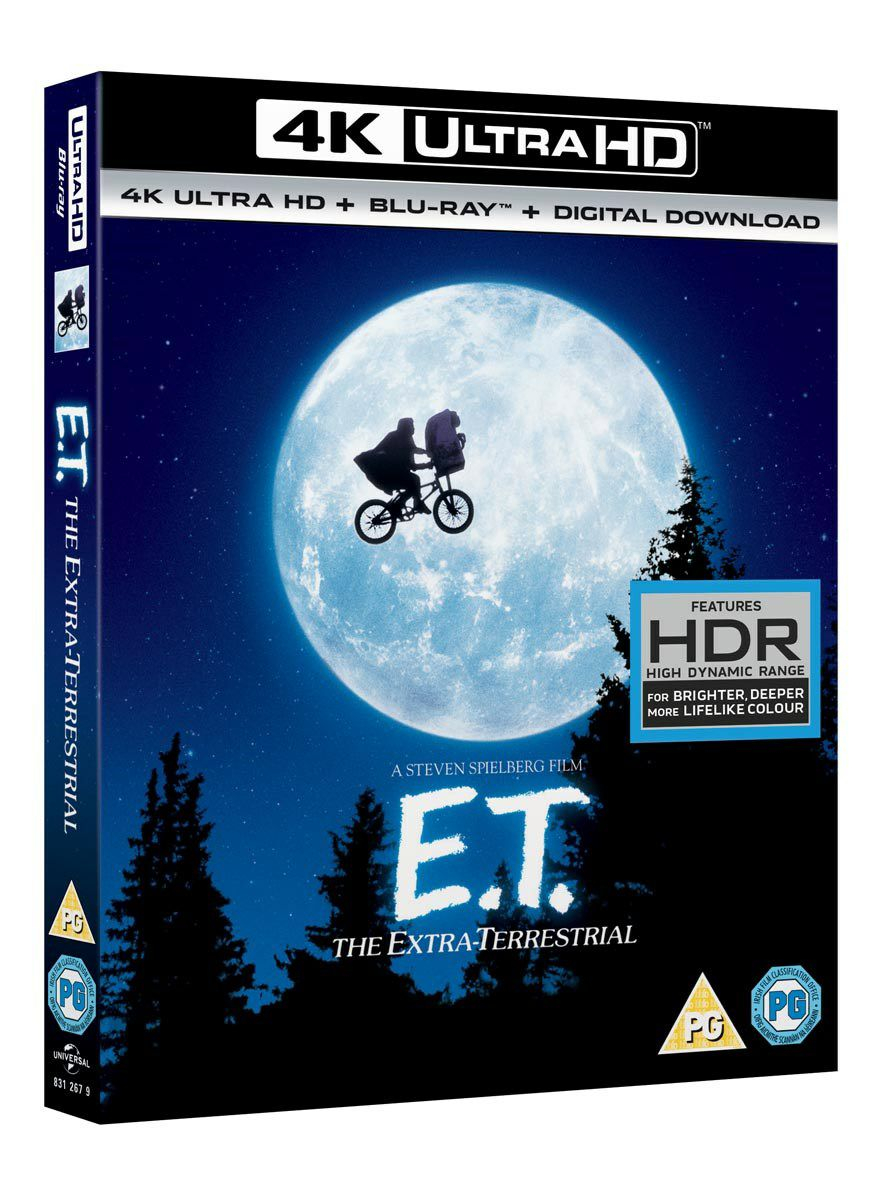 Order direct from zoom on this link


Steven Spielberg directs this heart-warming family tale of friendship between a boy and his pet alien. Young Elliott (Henry Thomas) has not had a happy home life since his parents split up. Living with his mother, Mary (Dee Wallace), he is constantly fighting with his older brother, Michael (Robert MacNaughton), and little sister, Gertie (Drew Barrymore). When Elliott finds an alien in his backyard one night, he takes the creature in, christening him 'ET' and aiding him in his efforts to contact his mother ship. ET has various amazing powers, including the ability to heal and make objects levitate, but his growing bond with Elliott is threatened by the fact that government officials are already trying to track him down.

The 80s pirate version is the best.this deal is not for you if you still have that version.
22nd May

I remember having one of the star wars movies .... VHS cam, kids loved it, watched it over and over....bought it when it came out, it was so different with no applause when the writing at the beginning scrolled up the screen.
22nd May

guaranteed to be great until you had the twohat that likes to get up to go pee mid film!

What do you want them to do pee themselves?
22nd May
Is this the version where they've removed guns (and replaced them with walkie talkies)?
22nd May
ET HOME PHONE
22nd May

What do you want them to do pee themselves?

that would be preferable