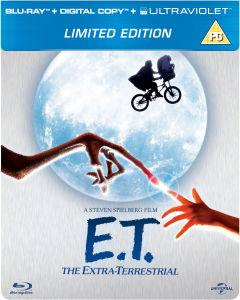 One of the much-loved classics of all-time and a masterpiece from award winning film maker Steven Spielberg, E.T. - The Extra Terrestrial is released for the first time ever in stunning high definition Blu-ray.

To celebrate the 30th Anniversary of this much loved classic, the picture and sound have been fully restored to give a stunning Blu-ray special edition. Loaded with all-new special features E.T. - The Extra Terrestrial is a must-own for all fans of high definition to give an out of this world experience.

A lost alien, three million light years away from home. A lonely ten-year old boy willing to take him home. Two lives changed by a timeless adventure and a friendship that knows no earthly bounds.

A captivating classic that will embrace everyone with its magic touch.

The E.T. Journals: In this all-new bonus feature, retrace the day-to-day experience of creating E.T from never-before-seen, behind-the-scenes footage shot by Academy Award-winning cinematographer John Toll. This piece will give viewers a unique feeling of being on-set and living the excitement of what it was like to make E.T.
Steven Spielberg and E.T: Watch an all-new interview with Steven Spielberg, as he reflects back on the film and discusses his experience working with children as well as his overall and current perspective on E.T.
Deleted Scenes
A Look Back: A special insider's look into the making of E.T. featuring interviews with Steven Spielberg, the cast, and others intimately involved with the film
The E.T. Reunion: The cast and filmmaker reunite to discuss their thoughts on the impact of the film
The Evolution and Creation of E.T: From idea to screenplay, through casting and making the film
The Music of E.T: A Discussion with John Williams - Interviews and footage of the long-standing relationship between John Williams and Steven Spielberg
The 20th Anniversary Premiere: Composer John Williams played the score of E.T. live at the Shrine Auditorium for the re-release premiere of E.T. This featurette gives us a behind the scenes look at this presentation
Original Theatrical Trailer
PostTweetShare Share with WhatsApp Share with Messenger
Community Updates
Zavvi DealsZavvi Discount Codes
If you click through or buy, retailers may pay hotukdeals some money, but this never affects which deals get posted. Find more info in our FAQs and About Us page.
New Comment Subscribe Save for later
10 Comments
18th Aug 2013
So very 1980's.

Silly reason for not giving heat.
18th Aug 2013
I prefer digibooks to steelbooks, but for some reason Universal didn't release a digibook version in the UK.
I ended up getting the Swedish digibook release, but the pages were still in English etc.
18th Aug 2013

Bell'end just collecting comments
18th Aug 2013
I remember going to the pictures to see this when it first came out. My kids now watch this and it still makes me greet!!
18th Aug 2013 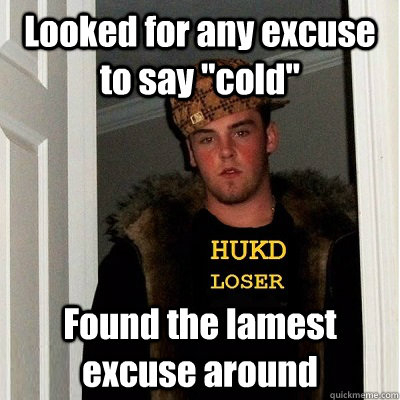