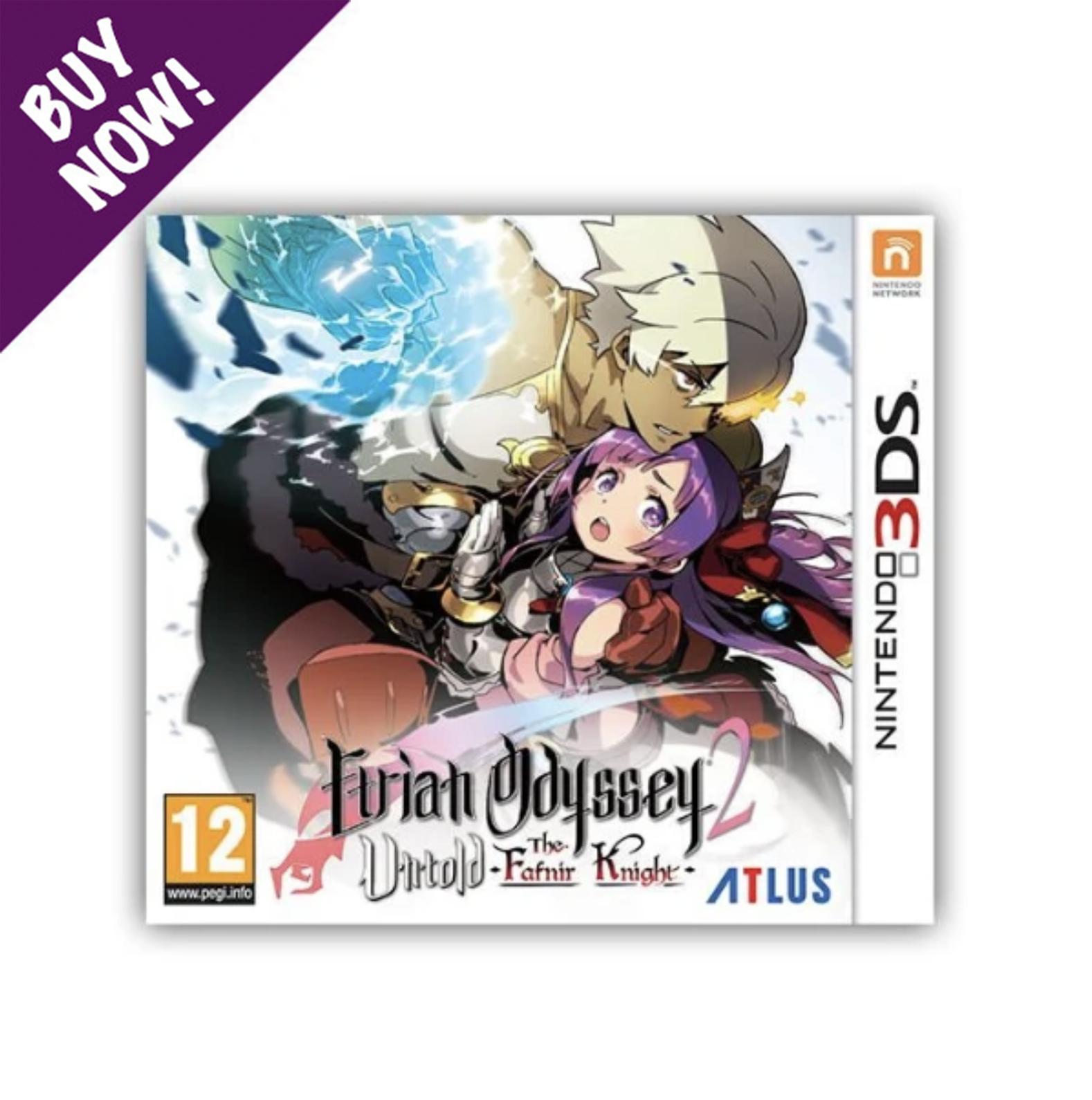 Bit of a bargain for this one. A remake of the second game in the series and a good entry if you're a fan of the series.

The next entry of the Etrian Odyssey Untold series is essentially two games in one - the first, a Nintendo 3DS update to Etrian Odyssey 2: Heroes of Lagaard (released on Nintendo DS) with new dungeon layouts, new graphics, and system improvements from the recent Etrian Odyssey Untold. The second is the Untold portion - a brand new story mode with a fixed party, voiced dialogue, and animated cutscenes that follows the bittersweet tale of the Fafnir Knight and Princess Arianna. Like Persona Q, the Untold portion of the game has a strong focus on characters and their interactions as the story about the Fafnir Knight and Princess Arianna unfolds as they adventure forth into the ruins of Ginnungagap and the Yggdrasil Labyrinth with the hero Flavio and the two mysterious adventurers, Bertrand and Chloe.
PostTweetShare Share with WhatsApp Share with Messenger
Community Updates
NIS America (NISA Europe) Deals
New Comment Subscribe Save for later
7 Comments
27th Apr
Very good price. Heat
27th Apr
Cheers OP
27th Apr
My favourite RPG on the 3DS. Easy recommend for that price.
27th Apr
If it helps anyone the Idea Factory EU Store deal of the week is Trillion: God of Destruction on PS Vita for £7.99 + P&P.
27th Apr

Yes I saw the CeX price earlier One to consider...