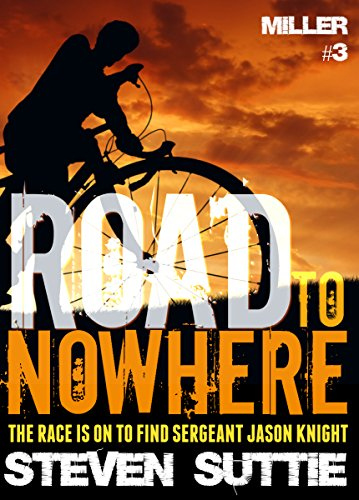 Off-Duty Police Sergeant Jason Knight from Bolton police station has disappeared whilst cycling in the Lancashire countryside. His wife raised the alarm. Jason is not the kind of man who would go missing. Something is very clearly wrong. The disappearance quickly becomes a full-scale alert, and counter-terror police are on standby, monitoring the situation extremely closely.
DCI Andrew Miller is drafted in urgently to try and figure out what the hell is going on, and why Knight might suddenly disappear. It's a race against time to find the popular, well respected Sergeant.
Meanwhile, the local press are calling for Miller's resignation following the infamous "Neighbours From Hell" trial, and newspaper revelations that suggest Miller could be responsible for an apparent miscarriage of justice.
If Andy Miller thought that he already had enough on his plate - he's about to discover that there's plenty of room for more, in this fast-paced, gritty thriller set in Manchester and The Trough of Bowland, in the heart of Lancashire.