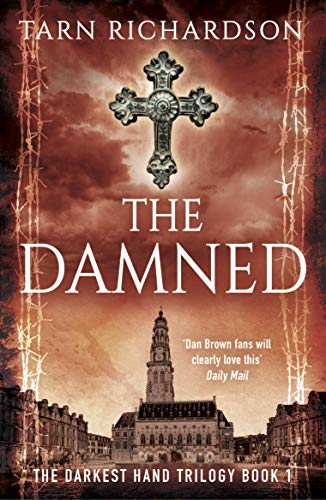 In the French City of Arras, Father Andreas is brutally murdered and the Catholic Inquisition sends its most determined and unhinged inquisitor to investigate. Poldek Tacit's mission is to protect the Church from those who seek to undermine it. At any cost.

As Tacit arrives, British and German soldiers confront each other across the horror that is No Man's Land and a beautiful French woman warns Lieutenant Henry Frost that there is a dark and unnatural foe lurking underground more awful than even Tacit can comprehend.

Wouldn’t have stumbled across them if I hadn’t met the author but glad I did!
13th May

Thank You appreciate the feedback ‌
13th May
Like the sound of this. Cheers buddy.
16th May
OOOH sounds might even read the follow ups too... sounds like a books by Dan Brown! Thank you