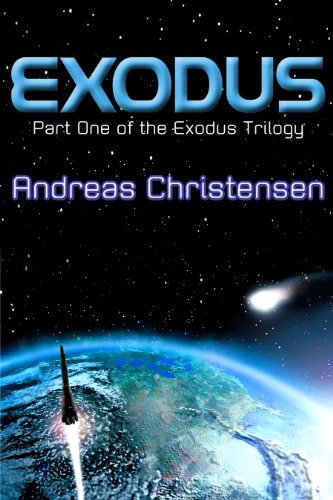 In 2072, Earth faces the ultimate extinction event. In an America turned authoritarian, a race against time begins. To send a starship to a distant planet, where the remains of humanity can survive. Only a small number will be chosen for this final endeavor to save mankind from extinction, and among the contenders only the most resourceful will have a chance.

But while the government wants to choose loyal subjects in order to create another version of the society they have engineered, there are those who secretly conspire to let the starfarers choose their own destiny, free from the bonds of their mother world.

As mankind on Earth faces its final blow, the selected few set course for Aurora, more than 40 light years away!

Follow Tina Hammer, scramjet pilot and officer, Kenneth Taylor, Harvard professor and alienated by the nation he once held so dear, Maria Solis, daughter to one of the richest men in the world, a girl who would never have been chosen, except for her dad's money, on their various paths toward the greatest adventure in human history.
PostTweetShare Share with WhatsApp Share with Messenger
Community Updates
Amazon DealsAmazon discount code
New Comment SubscribeSave for later
2 Comments
23rd Sep
Checking, it seems I bought this title several years ago for nothing, so I'm glad to see it hasn't gone up in price
24th Sep
Great book. Thanks for posting.