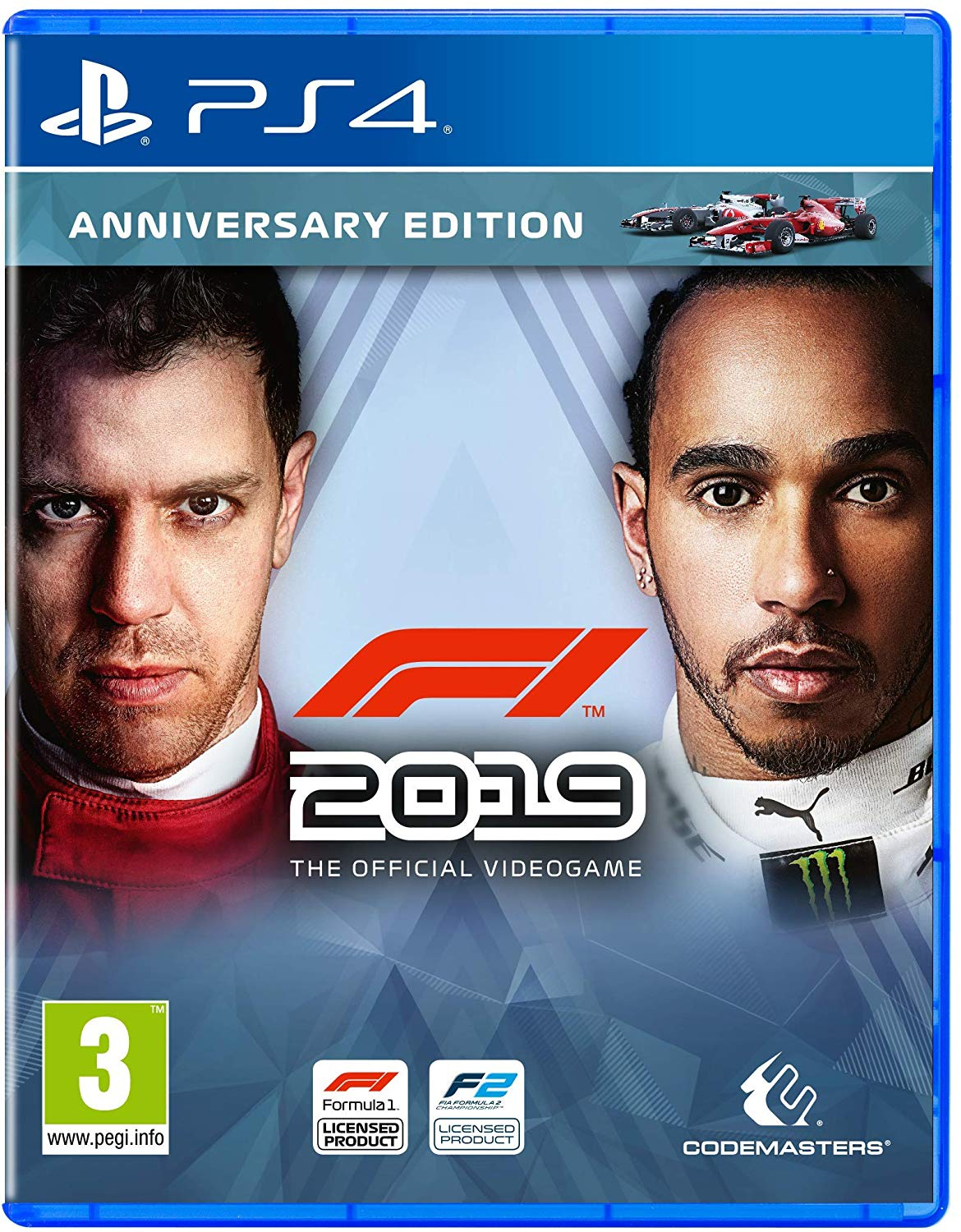 Cheapest yet and for the anniversary edition.


The official videogame of the 2019 FIA FORMULA ONE WORLD CHAMPIONSHIP, F1 2019 challenges you to Defeat your Rivals in the most ambitious F1 game in Codemasters' history. The game is released a full two months earlier during the FORMULA 1 MYWORLD GROSSER PREIS VON OSTERREICH 2019 weekend and, unlike previous iterations, ahead of the British, German and Hungarian races. F1 2019 features all the official teams, drivers and all 21 circuits from the 2019 season. This year sees the inclusion of F2 with players being able to complete the 2018 season with the likes of George Russell, Lando Norris and Alexander Albon. The 2019 F2 season content will be made available as a free digital update during the season**. Having established itself as one of the highest rated racing franchises of all time, F1 2019 builds on the success of previous iterations and delivers an experience that rivals the quality and production values of its real-life race counterpart. With greater emphasis on graphical fidelity, the environments have been significantly enhanced, and the tracks come to life like never before. Night races have been completely overhauled creating vastly improved levels of realism and the upgraded F1 broadcast sound and visuals add further realism to all aspects of the race weekend. Anniversary Edition: The F1 2019 'Anniversary Edition' which comes with two classic cars from the 2010 season; the Ferrari F10, as driven by Fernando Alonso and Felipe Massa, and Lewis Hamilton and Jenson Button's McLaren MP4-25.
PostTweetShare Share with WhatsApp Share with Messenger
Community Updates
Amazon DealsAmazon discount code
If you click through or buy using any of our links, retailers may pay hotukdeals some money, but this never affects which deals get posted. Find more info in our FAQs and About Us page.
New Comment Subscribe Save for later
5 Comments
25th Nov 2019
Cant see option to buy at that price.
25th Nov 2019
Hammerit44 same price at Argos if you're still looking for it
25th Nov 2019

Hammerit44 same price at Argos if you're still looking for it

Thanks buddy,was looking for ages on argos for the price to drop as won won £100 voucher,got standard one Friday with free delivery for £2 more,still happy its a great game.
25th Nov 2019
Looks like they’ve all gone. I grabbed a copy first thing. Bear in mind Argos is not anniversary edition.
25th Nov 2019

That's a good deal,does look as the Argos one is standard shows both covers but no mention of anniversary in title..