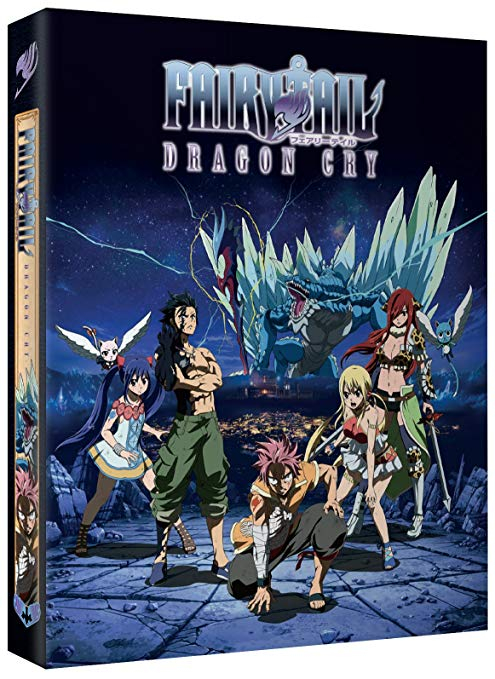 Natsu is known as the one and only fire-breathing Dragon Slayer, but this next adventure will take him to the next level. Luckily, he still has his trusty team by his side: Happy, a flying cat; Gray, an ice mage; Erza, a knight who switches armour and abilities mid-battle; and Lucy, a wizard who fights with a set of celestial spirits.

When these Fairy Tail members first joined forces, they formed a team no one could topple – but this next mission could be their last.

Enter the Dragon Cry, a magic staff rumoured to possess the power to destroy the world. For years it’s been safely guarded in the Kingdom of Fiore until Zash, a traitor of Fiore, steals it and delivers it to Animus in the Kingdom of Stella. Now it’s up to the gang to infiltrate the Stella Kingdom and retrieve the staff. It seems like it should be an easy job, but what they uncover isn’t what they expected.

Contains the film on Blu-Ray and DVD with both the English dub and the original Japanese track with English subtitles. Presented in Collectors packaging.
PostTweetShare Share with WhatsApp Share with Messenger
Community Updates
Amazon DealsAmazon discount code
New Comment Subscribe Save for later