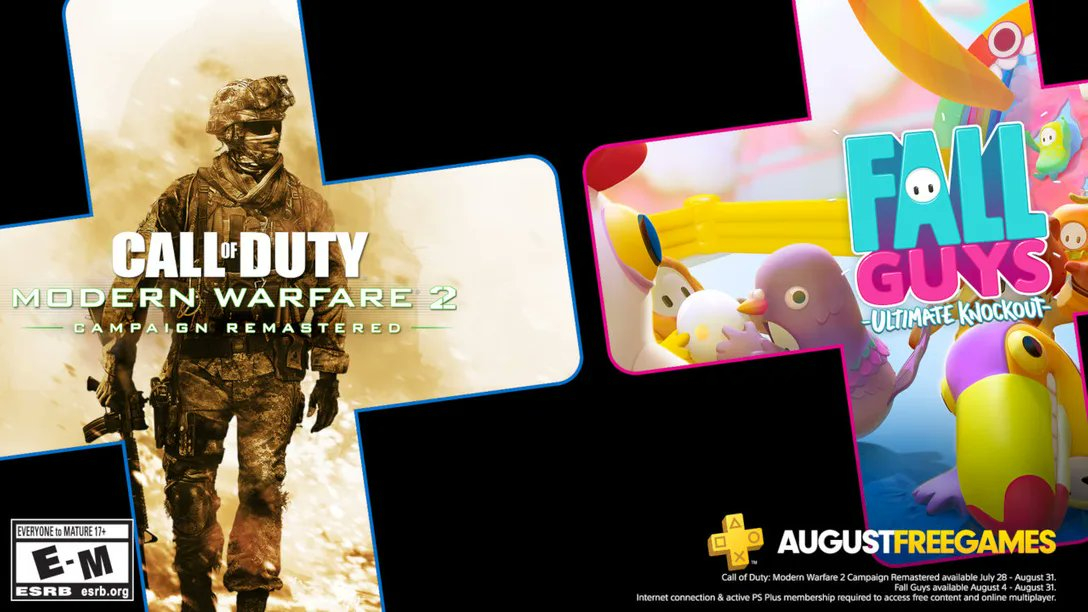 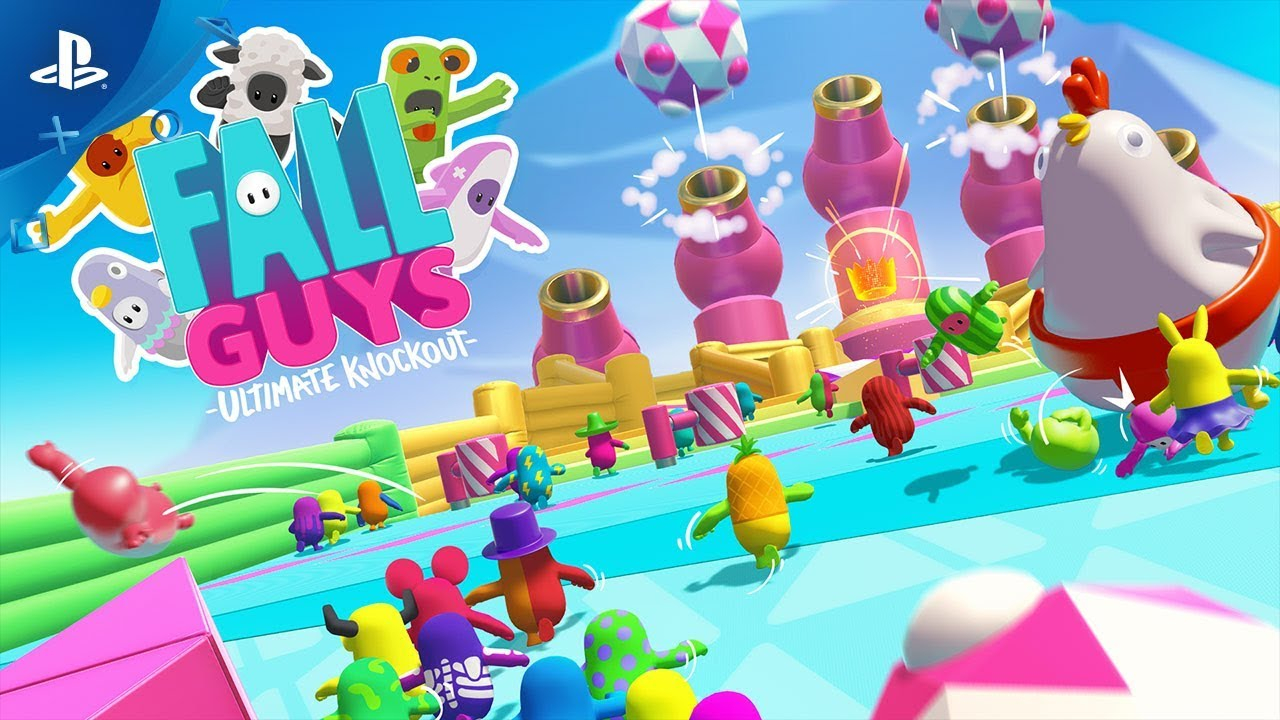 Survive a series of hilarious challenges until one victor remains in this colorful 60-person online multiplayer party game*! Test your mettle in brutal free-for-alls or co-op challenges where only the winning team advances to the next round. Bend, bounce and bash your way through hilarious physics-based obstacles, from smashing through doors, to balancing on massive see-saws, to racing up mountains riddled with traps. Add a touch of style to your Fall Guy by customizing them with everything from classy pineapple couture to flattering prehistoric fashion. 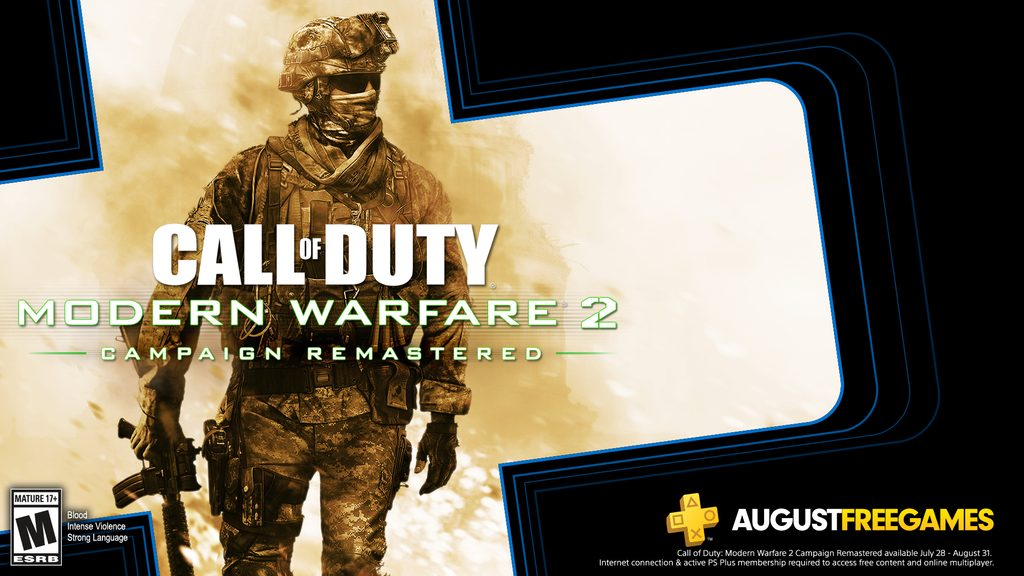 Following immediately on from the dramatic events of Call of Duty 4: Modern Warfare, Call of Duty Modern Warfare 2 Campaign Remastered immerses you in a gripping, action-driven adventure in which you must face off against a deadly new threat hellbent on bringing the world to the brink of collapse.

The single-player campaign has been fully remastered with improved textures, animations, physically based rendering, high-dynamic range lighting and much more. Rediscover classic missions like Cliffhanger, The Gulag and Whiskey Hotel as you once again join Soap, Price, Ghost and the rest of Task Force 141 in a globe-spanning fight to restore order to the world. Underwater Demo Team Classic Ghost Bundle not included.

Really What were you expecting to see instead - TLOU Part 2 and Tsushima
326 Comments
27th Jul
Fall guys is great fun!
27th Jul
Wow glad I didn’t buy the campaign. !
27th Jul
meh
27th Jul
Boo, I knew I shouldn't have bought MW2 with my backlog...pah.
27th Jul
Good month, fall guys looks great fun!
27th Jul
Great month.. MW2 isn't even that old would be a amazing if it had multiplayer so much memories
27th Jul
For MW2 does that include the multiplayer? Or did they stop that?
27th Jul
Heat for the CoD Remastered...will definitely ply it again.
27th Jul
Downloading it!
27th Jul

For MW2 does that include the multiplayer? Or did they stop that?

Damn it! Got excited and jumped on PS thinking it’s there already but no bueno
27th Jul
Thanks for posting @matwalaboy
Could you add some information to the OP please?
27th Jul
Fall Guys is a must download, been playing in the beta tests and it is great fun.

Easy to drop into for a round or 2. Can just as easily spend hours playing as well
27th Jul

Thank you, although sucks not to have multiplayer.
27th Jul

True that - its launching and going straight to PS Plus, almost unheard of
27th Jul
Incredible month!
27th Jul

Hahahah, wow!
27th Jul
Fall guys being Free at launch is just like Rocket league I guess Alway the best way to start a big playerbase for multiplayer only games.
27th Jul
Glad I didnt buy COD in the last sale
27th Jul
Good thing I didn't buy Modern Warfare 2. Heat added!
27th Jul
Very good month imo. Wanted to purchase Fall Guys since it’s announcement and to see it releasing on PS+ is great! Also, although yet another COD (BO3, MWR, WW2 and now MW2R all via PS+) at least this one only just recently released, so you’re getting your moneys worth this month imo.
27th Jul

For MW2 does that include the multiplayer? Or did they stop that?

No , just the solo story mode
27th Jul
Great month.
Fall Guys is proper fun.
27th Jul
Glad I had No Russian to buy MW2 Remastered when it was first released.

Wolverines!
27th Jul
Cant go wrong for free
27th Jul
Fall Guys looks like someone took a few leaves out of Takeshi's Castles book, could be good for a laugh..
27th Jul

Available starting tomorrow, so not a long wait

I meant for COD - Fall Guys releases on the 4th August indeed.
27th Jul
Good month as I wouldn't have bought either of these but I'll give them a go for free*

I meant for COD - Fall Guys releases on the 4th August indeed.

Why cod? Games are always first Tuesday of the month. That's next week.
27th Jul
good games, enjoyed the campaign remastered though it does give me PTSD over this trophy 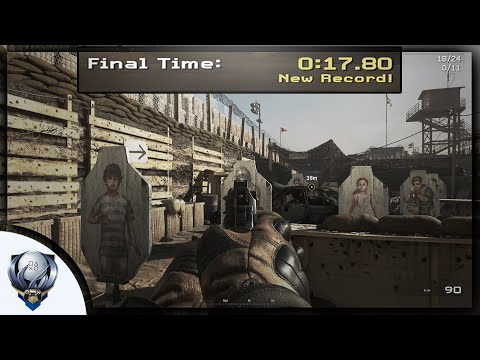 this guy always makes everything look easy, what he doesn't tell you is the targets switch positions every time you fail -.-
Edited by: "dealhard" 27th Jul