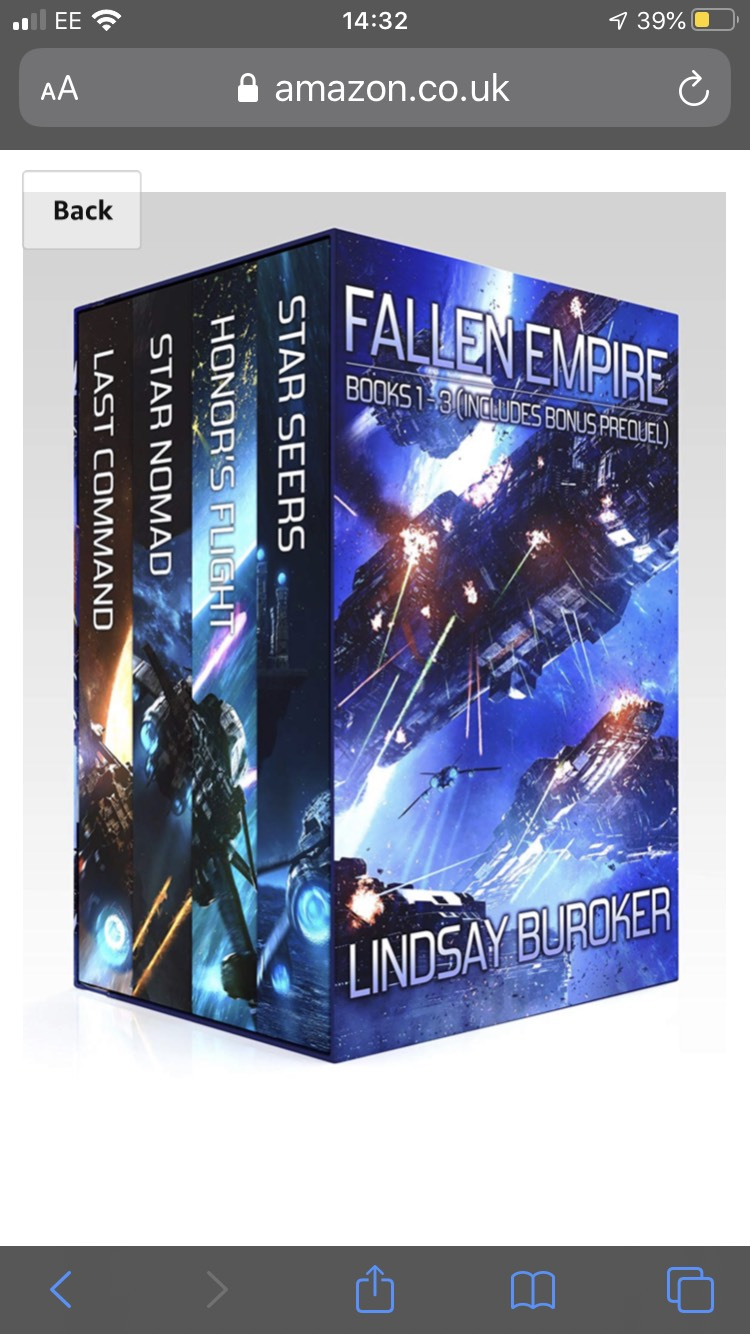 A spectacular space opera by a USA Today bestselling author! At the end of an interstellar civil war, fighter pilot Alisa Marchenko must team up with a former enemy to rescue her daughter.
Publisher Description

A fighter pilot on a mission to reunite with her daughter.
A cyborg soldier on a quest to regain his humanity.

Mortal enemies during the war, they must now work together to salvage a seventy-year-old freighter and navigate the gauntlet of pirates, scavengers, mercenaries, and other pitfalls that stand in their way after the fall of the largest empire mankind has ever known.

Star Nomad was a nominee for the Goodreads Readers’ Choice Awards and also made Amazon’s Top 20 list of Best Science Fiction and Fantasy of 2016. Start the adventure now
PostTweetShare Share with WhatsApp Share with Messenger
Community Updates
Amazon DealsAmazon discount code
If you click through or buy, retailers may pay hotukdeals some money, but this never affects which deals get posted. Find more info in our FAQs and About Us page.
New Comment Subscribe Save for later
9 Comments
1st Jan
Free... I`ll take that! Heat added.
1st Jan
Great books, really enjoyed the full series.
1st Jan
Also available free in ePub from
Kobo kobo.com/gb/…uel and google play.google.com/sto…BAJ

deleted515811
1st Jan
Not tried ebooks before but at this price I'll take a punt Have more heat OP.
1st Jan
Thanks for posting @happyman1982
1st Jan
Thank you sir...not sure there are enough hours left in my life to read my downloaded books!
1st Jan
Nice find! Thanks!
2nd Jan
You purchased this item on 02 February 2019.
I might get around to reading this sometime...
2nd Jan
TY