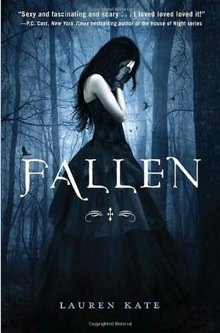 Hitting cinemas on March 10, Fallen is the dark, sexy fantasy movie that'll fill that special place in your heart once reserved solely for Edward and Bella. Based on the first of four novels by Lauren Kate (the second, Torment, is already in production), it tells the story of Luce (Addison Timlin), a teenage girl sent to the imposing Sword & Cross reform school in Savannah, Georgia.

While living under the institution's imposing rules, Luce soon finds herself torn between the edgy Cameron (Harrison Gilbertson) and the mysterious Daniel (Jeremy Irvine), whose frequent rejection only serves to make Luce more interested.

Meanwhile, tormented by strange visions, Luce discovers that there's more to the school and its inhabitants than you might think. As she begins to unravel the secrets of her own past she finds she must choose where her feelings lie, pitting Heaven against Hell in a battle for true love.

. Users who successfully claim tickets will need to print off the email with a valid booking ID and take it along to the cinema on the day of the selected performance and exchange it at box office for a valid ticket for entrance into the screen
- deb8z
PostTweetShare Share with WhatsApp Share with Messenger
Community Updates
New Comment SubscribeSave for later
69 Comments
Post a comment