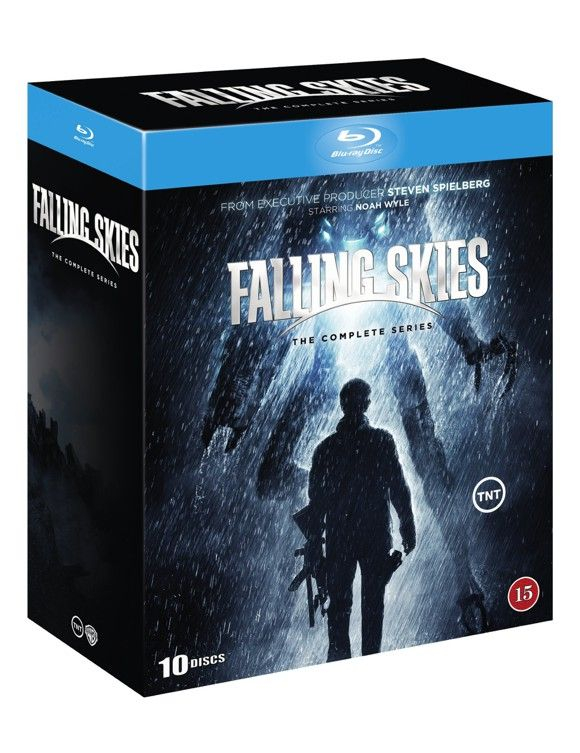 All episodes from every season of the US sci-fi drama following the aftermath of an alien invasion. Six months previously the Earth suffered an extraterrestrial attack on a global scale, which left only ten percent of the human population alive. Now soldiers and civilians are banding together in an attempt to fight back. Former university professor Tom Mason (Noah Wyle) is made second-in-command of the Second Massachusetts and must put all his knowledge of military history to the test to aid the cause. Meanwhile, he hopes to find his 14-year-old son, Ben (Connor Jessup), who has been taken by the enemy and fitted with a 'harness', a device that enables the aliens to control children. Season 1 episodes are: 'Live and Learn', 'The Armory', 'Prisoner of War', 'Grace', 'Silent Kill', 'Sanctuary: Part 1', 'Sanctuary: Part 2', 'What Hides Beneath', 'Mutiny' and 'Eight Hours'. Season 2 episodes are: 'Worlds Apart', 'Shall We Gather at the River', 'Compass', 'Young Bloods', 'Love and Other Acts of Courage', 'Homecoming', 'Molon Labe', 'Death March', 'The Price of Greatness' and 'A More Perfect Union'. Season 3 episodes are: 'On Thin Ice', 'Collateral Damage', 'Badlands', 'At All Costs', 'Search and Recover', 'Be Silent and Come Out', 'The Pickett Line', 'Strange Brew', 'Journey to Xilbalba' and 'Brazil'. Season 4 episodes are: 'Ghost in the Machine', 'The Eye', 'Exodus', 'Evolve Or Die', 'Mind Wars', 'Door Number Three', 'Saturday Night Massacre', 'A Thing With Feathers', 'Till Death Do Us Part', 'Drawing Straws', 'Space Oddity' and 'Shoot the Moon'. Season 5 episodes are: 'Find Your Warrior', 'Hunger Pains', 'Hatchlings', 'Pope Breaks Bad', 'Non-Essential Personnel', 'Respite', 'Everybody Has Their Reasons', 'Stalag 14th Virginia', 'Reunion' and 'Reborn'.