- Including Softpedia's 2010 GOTY Award, New Vegas won four GOTY Awards
- 84 MetaScore
- Main store averages 38 hours to be beaten according to HLTB, but completionistis can take over 150 hours
- This edition includes all DLC and has maximum compatibility with mods
- Massive modding community

Fallout: New Vegas was Obsidian (The Outer Worlds, Pillars of Eternity) take on the recent Bethesda's Fallout formula and it's still seen by many as the best modern Fallout game out. It's orange-ish tinted Las Vegas wasteland with plenty of colorful and interesting characters and dialog, as well as a lot of freedom certainly make it at the very least, an very interesting FPS / TPS post-apocalyptic open-world RPG.

Once you start the game, you will make your character and set the skill points per usual, and after that it's up to you. Your character, known as "The Courier", was left for dead and buried alive, and that's your first step as to what to do in the massive wasteland: look for who shot you and wanted you dead. As you start digging up, you will be introduced to a number of different factions and side-quests, and as you work for or against those factions, the world around you will start shaping around your decisions.

The Ultimate Edition includes all four DLCs released for New Vegas. This means that Old World Blues and Dead Money, some of the best extra content for the Fallout series will be available to you and they are definitely worth a play. Both of them averages 6 hours of new story content each.

Make sure you check New Vegas' PC Gaming Wiki page in order to get many fixes and workarounds for the best experience possible.

This deal beats the Steam historical low for the Ultimate Edition and it's a great price for the amount of content you're getting.
PostTweetShare Share with WhatsApp Share with Messenger
Community Updates
Instant Gaming Deals
New Comment Subscribe Save for later
7 Comments
16th Feb
Currently cheaper on gamivo £2.72, (view 9 more offers, disable customer protection to be cheaper) gamivo.com/pro…ion
Edited by: "Respond" 16th Feb
16th Feb
I was reading just yesterday about a new mod that's basically a whole new game for this called The Frontier. 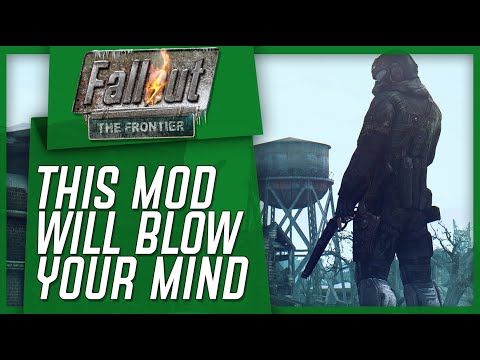 I have this but spend half my time trying to get the saves to load without crashing. Kind of 50 50 but I don’t have enough game time to waste in the cycle and not knowing if it will load. Any tips for me? I’ve got the patches etc. Win 10, and yes some mods, but was same even on vanilla.
19th Feb

That bad? I haven't crashed once in over 45+ hours on my current playthrough. 100+ mods as well. I have been modding for years though. Here's a quick list.. For more info I would search online. Youtube has great guides, just make sure they are from late 2018 and upwards

1.dont use stutter remover, use new vegas tick fix instead
2. Use new vegas anti crash
3. Use a 4gb patcher
4. Use new vegas script extender
5. Edit the. ini files, make the game use 4 cores or more.
6.use a saving mod called "Casm" with mcm. My games saves automatically every 10 mins.
Use Enboost without the graphics enabled, this will allow the gpu to use more memory etc. My game can use nearly 5gb of vram lol
20th Feb

Hi. I really appreciate the time you have taken to reply. Being completely honest I was playing in VR with VorpX and I thought that might be the issue. However as I say, some sessions would run fine but others would just crash on load screen rinse repeat wasting valuable limited gaming time before getting immersed which ultimately killed it after about 40 hours testing and tweaking and I’d only just got to the Vegas Strip. I think I have applied most of those fixes but not all. I’ll give it another go this weekend. Thanks again.