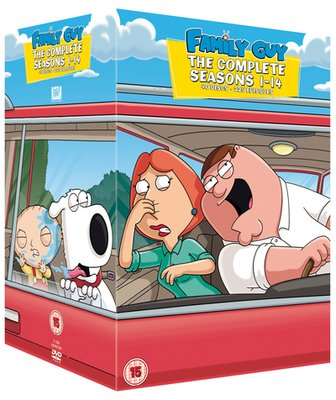 
The complete seasons 1-14 of the animated comedy series.
The Griffins are an average North American family living in an average North American home in an average North American town. The dad Peter (voice of Seth MacFarlane) is a big TV fan; mom Lois (Alex Borstein) is a former heiress who gave up her riches to marry the man she loves; 16-year-old Meg (Mila Kunis) is a drama queen eager to be accepted by her peers; 13-year-old Chris (Seth Green) likes his food and has the beginnings of a TV habit which could grow to equal his dad's; baby Stewie (MacFarlane) is a malevolent genius with plans for complete global domination; and martini-guzzling Brian (MacFarlane) is the wise-cracking family dog.
PostTweetShare Share with WhatsApp Share with Messenger
Community Updates
Music Magpie DealsMusic Magpie Discount Codes
New Comment Subscribe Save for later
10 Comments
8th Mar
So cheap 🤑
8th Mar

It was actually on sale for a cheaper price recently hotukdeals.com/dea…251

All I was doing here is pointing out that it is £0.11 cheaper than the other deal posted.
8th Mar
I love Seth MacFarlane & Mila Kunis. Hot
8th Mar
Drops lower to this price a lot on eBay however still good price heat added
8th Mar
£17.29 is incredibly cheap for 14 seasons, 269 episodes and 6 jokes.
9th Mar
They really need to stick this on Netflix
9th Mar

It is listed as new.
9th Mar

It is listed as new. 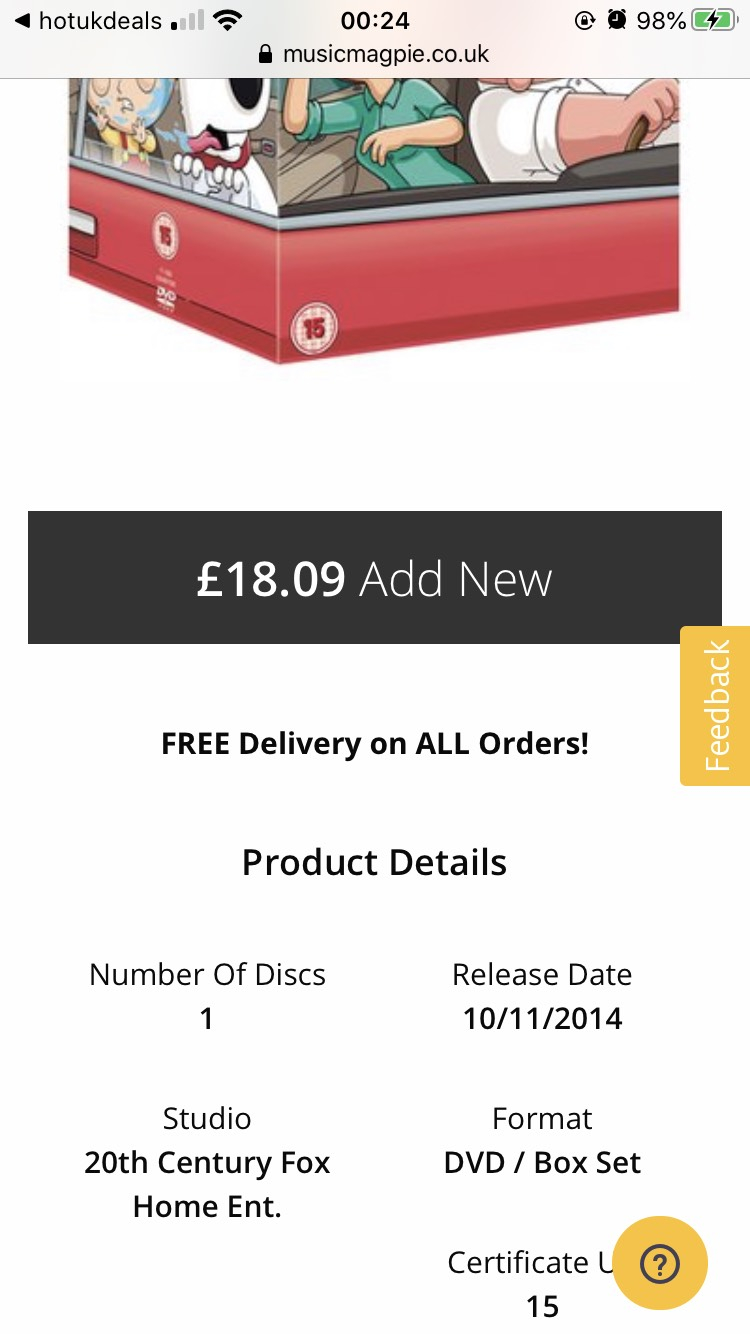 Yeah, the price has risen.