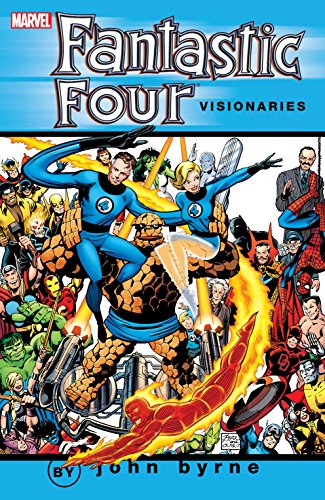 It was the world's greatest comic magazine. Again. Not since the days of Stan Lee and Jack Kirby, the trailblazers of the very mythology known as the Marvel Universe, had someone so perfectly captured the intense mood, cosmic style and classic sense of adventure of Marvel's first family of heroes - the Fantastic Four. Writer. Penciler. Inker. Visionary. John Byrne took these characters, whose powers resulted from each of them being bathed in cosmic rays during a flight into space, and launched them into realms where few creators before this had dared to go... Byrne reminded us all there was a family at the heart of this team of adventurers.