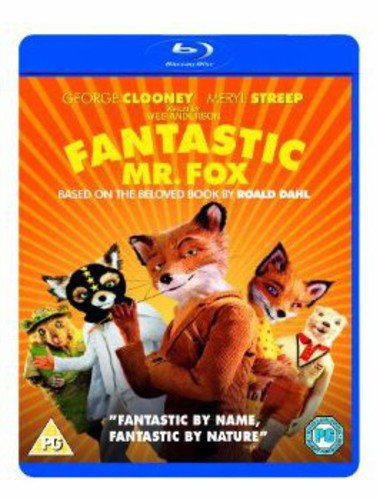 The visually ravishing animated movie Fantastic Mr. Fox follows a fox, voiced by George Clooney and dressed in a natty brown corduroy suit, as he cheerfully and recklessly takes his thieving ways a little too far and brings down the wrath of some sour-faced poultry farmers on his family and friends. Based on a book by children's author Roald Dahl (who wrote Charlie and the Chocolate Factory and James and the Giant Peach), the movie is the work of Wes Anderson (writer-director of Rushmore and The Royal Tenenbaums), who expanded and elaborated on the original story; the combination is inspired. Anderson's sensibility--his fondness for meticulous compositions, coordinated colours, and narrative filigree--can sometimes seem finicky and stiff in live-action movies, but it's exquisitely suited to the painstaking art of stop-motion animation. Every corner of the screen crackles with visual invention and whimsical humour. The top-notch vocal cast (which also features Meryl Streep, Jason Schwartzman, Bill Murray, Michael Gambon, Owen Wilson, and others) create vivid personalities that perfectly mesh with the movie's lush colours and luscious textures. Fantastic Mr. Fox is an off-beat gem, a giddy mix of adult emotional issues, wild animal behaviour, and childlike delight.--Bret Fetzer, Amazon.com
PostTweetShare Share with WhatsApp Share with Messenger
Community Updates
Amazon DealsAmazon discount code
If you click through or buy, retailers may pay hotukdeals some money, but this never affects which deals get posted. Find more info in our FAQs and About Us page.
New Comment Subscribe Save for later
2 Comments
23rd Dec 2019
I love this film, so funny...watch it every Xmas with the kids..
23rd Dec 2019
Yeah, good film, despite the spam-fest.