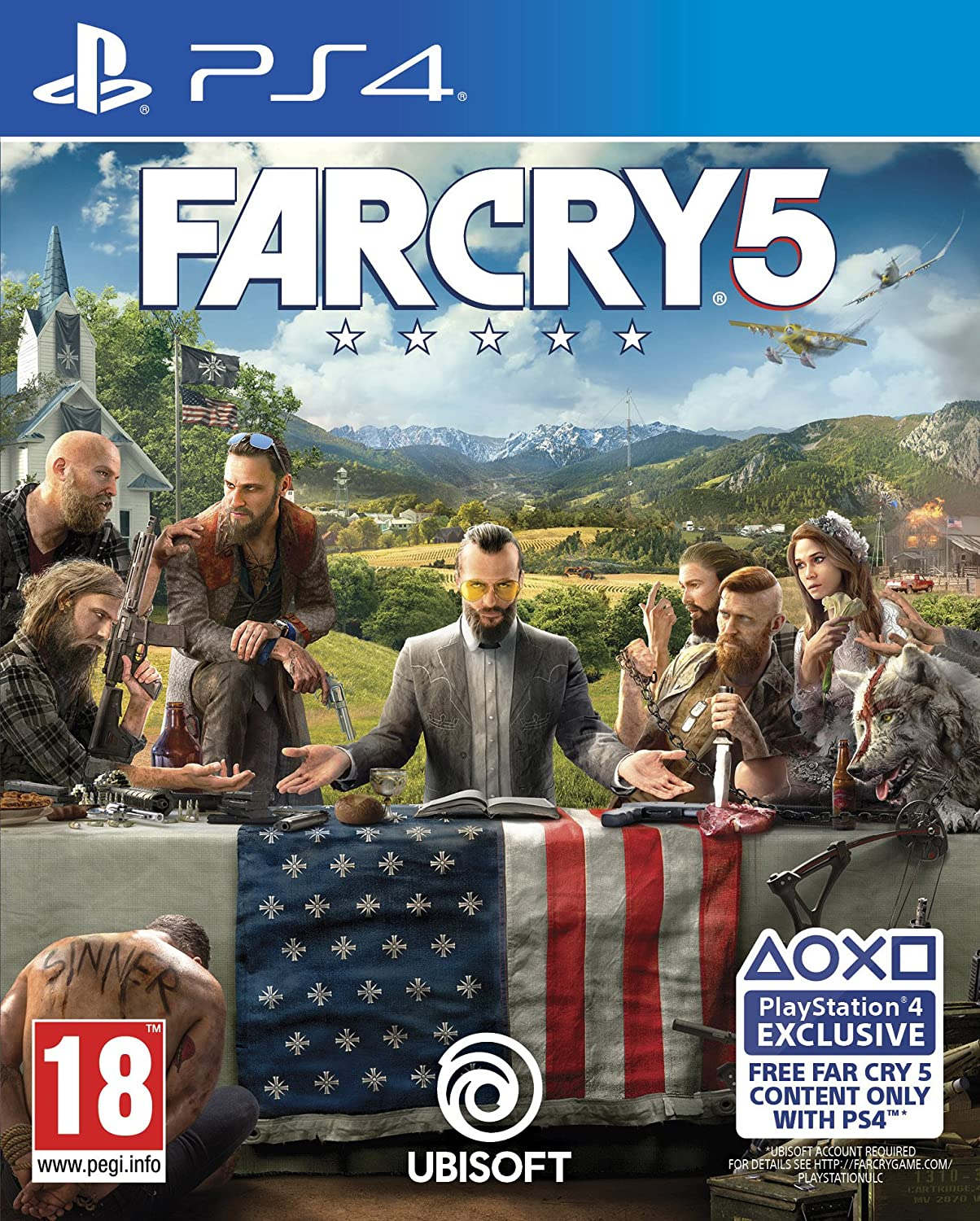 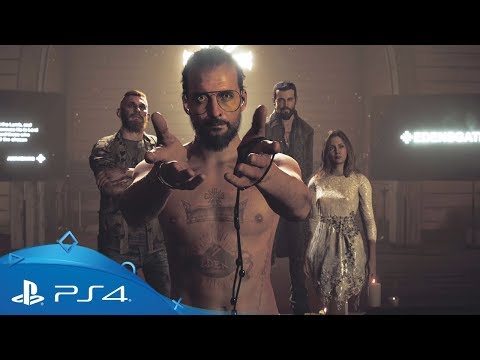 Similar to its predecessors, the game is an action-adventure first-person shooter set in an open world which players can explore freely. The game features a new character creator, in which players can customize their character's appearances, gender and skin tone. Players have a variety of gadgets and weapons to fight against enemies, such as shotguns, pistols, rocket launchers, bows, and explosives such as grenades. The game will place a renewed emphasis on close-quarters combat compared to previous Far Cry titles by introducing a wider range of mêlée weapons like pitch forks, sledgehammers and baseball bats.As the game is set in an open world, players can traverse the world on foot or through various vehicles, including muscle cars, all-terrain vehicles, boats, and planes. In addition, the game features a recruitment system, in which players can recruit locals in the county to fight alongside them similar to the "Buddy" system used in Far Cry 2. In this "Guns for Hire" system, players need to convince other locals to join their cause, and every companion fighter has their own unique skills and personalities. Players can also tame wild animals through the "Fang for Hire" system, previously introduced in Far Cry Primal. The tamed wildlife will assist the player in combat and follow the players' orders. Different wildlife will have different combat patterns. A fishing mechanic will also be introduced. The campaign can be played individually or with a partner through the game's cooperative multiplayer mode. The game will also feature a map editor, whose features have been expanded from previous titles. 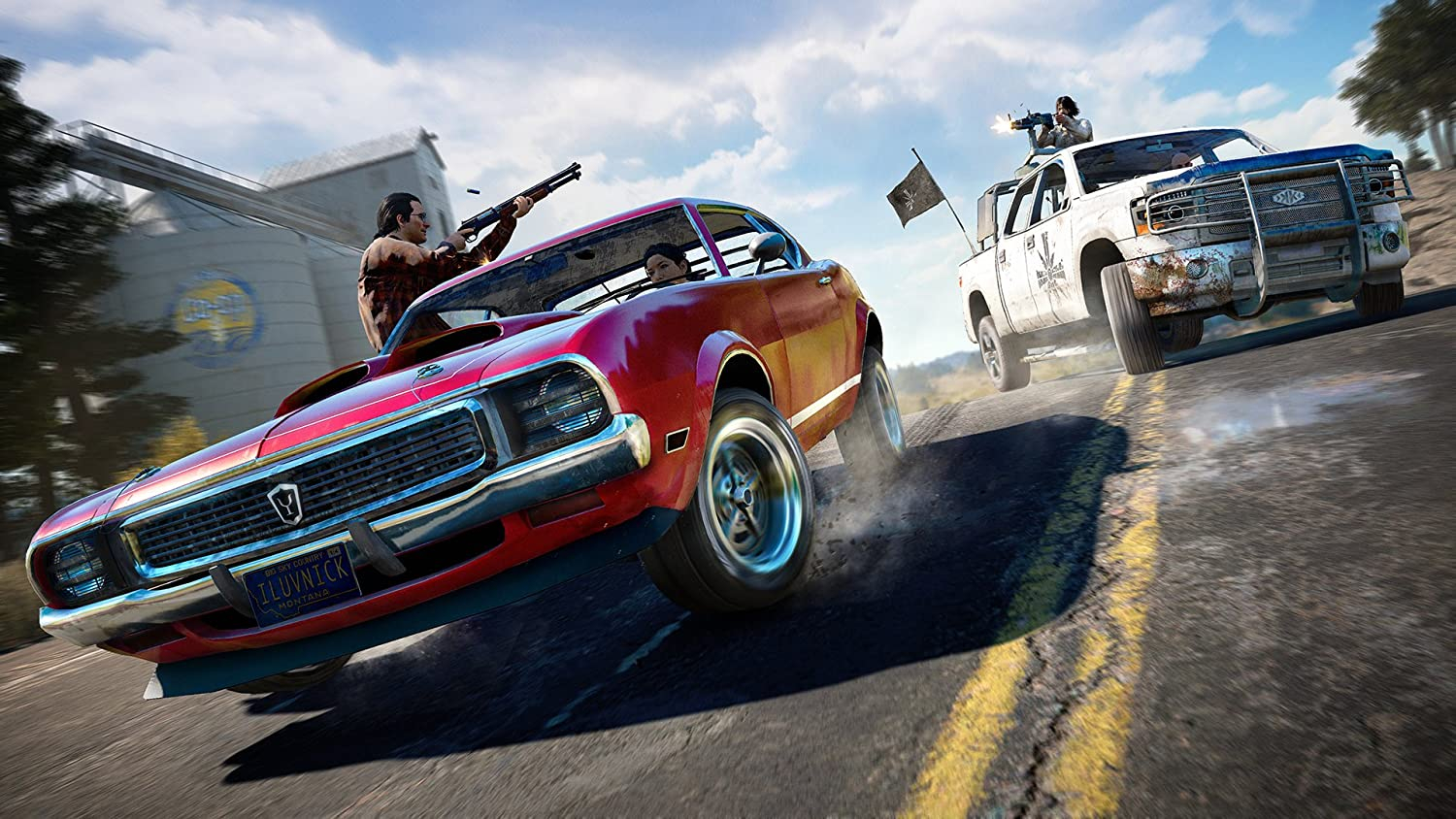 If you're not completely burnt out on the Ubisoft open world games then it's definitely worth the price. I preferred it to Far Cry 4, perhaps slightly less than Far Cry 3, but, overall, enjoyed the 28 odd hours I spent with the game.
20th May

I started this at the weekend and I'm only a couple of hours in but my initial impression is good. It feels sufficiently different from 4 in theme to hold my attention and the gameplay has even improved which is impressive given how good that aspect has consistently been. Unless it takes a really bad turn somewhere I can't see many begrudging paying £10 for it, seems like a great price.

I will say there was a bit right at the start where getting through the mission was more luck based than related to how you play however having looked it up (I was very fed up after reloading 4 times) people say that's an anomaly and not something that happens again.

Edited by: "Battenberg" 20th May
20th May
This is a good game. The Seed family are very memorable and the story continues in far cry new dawn so bear that in mind if you need closure in your games. No spoilers as it ends well, but it’s worth getting new dawn too if you can find it cheap. The play style is the usual far cry venture with upgrades etc and the map is small but pretty and filled with locations. Soundtrack is really good too.

I like this game...
20th May
This was my first go at a Far Cry game, haven't finished it yet but thoroughly enjoying it. Online with a buddy is the way to play.
20th May

If you like Far Cry 3 & 4 then you'll like this. It's more of the same which in my mind is a good thing and definitely worth a tenner.
20th May
There's somebody making all of the Goldeneye levels for this, I've been watching his progress on Facebook, and they look awesome. I'm tempted to pick it up to try them 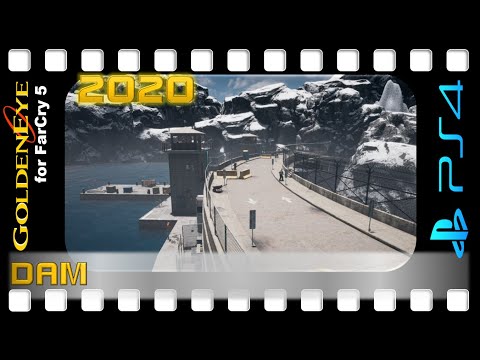 20th May
Voted cold you can complete it by not arresting Joseph Seed in the start of the game. Just kidding HOT HOT HOT ‌ ‌
20th May
Omg was just looking to buy this. Cheapest I could find was Argos at 17 a few days ago but a tenner. Boom!

Says oos but still purchased anyway. Hopefully it will come in soon
Edited by: "wackybeaver" 20th May
20th May
Amazing game! Just not as amazing as Farcry 3
20th May
I had got tired of ubisoft games but gave this a punt. Thought it was great, less of the mindless fetching and tower climbing, less forced hunting etc etc. Good gun mods, loved the ending too.
20th May
My personal favourite of the series, have some heat!
20th May
Loved this, my first plat trophy
20th May
Awful game, quickly gets repetitive and boring. Give it a miss is my advice
20th May
Great game had loads of fun and more entertaining than RDD2 imo... heat
20th May
Oos
20th May
This was my first ever Far Cry and I loved it so much I bought Far Cry Primal in the PSN sale, and bought a physical copy of New Dawn, which I prefer and is just as good as this!
20th May
Loved it even more than FC3!! Completed both this and New Dawn, which is very unusual for me, I rarely finish games.
20th May

far cry 3was amazing, 4 was amazing, 5 was awful.
20th May
Not the best Far Cry, but it's still decent. Gameplay is fun, but familiar. The story and characters didn't really do it for however. Quite annoying and uninteresting.
20th May
Give me vaas or give me death

Worth not it especially for not changing disks
20th May
If you fancy it on PC:
Gold Edition is £8.74 with the £10 code from Epic (assuming you buy GTA V for £0.00)
Edited by: "Barst" 20th May
20th May
OOS
20th May
This was definitely my favourite Far Cry game
20th May
Finished playing this a few weeks back. Still humming amazing grace today.
20th May
Awesome game, playing at the mo about 2/3 through. Get a chopper with guns n missiles and its loads a fun.
will have to pick up new dAwn too
20th May
Enjoyed this. Was getting tired of Far Cry, but this one had me gripped to the end.

Enjoyed New Dawn even more. You're going to want to play it after this one, trust me.
20th May

I keep humming "Only you"...then waking up in random places.
20th May
it's interesting this one.
You find people wither love it with their soul entire, or uninstall it after an hour.
Personally I think it's incredible, just exsisting in the world it gives you is a joy, wandering the hills, going fishing in the rivers and exploring off the track with your dog.
20th May
Out of stock, but you can still order at this price
21st May
DO NOT. And I repeat. DO NOT forget that this game also includes THE best console map editor in existence. I've created some of the craziest things with it, including the Friends TV set and then ran around beating the cast up. I've barely touched the single player!
Edited by: "Duncsalot" 21st May
21st May
Great price! Been looking for a deal on this for a while.
21st May
Good price, if this was for the Xbox one I would have bought it!
21st May
OOS.
Edited by: "happyjimbo1" 21st May
21st May
decent game. get some good teammates and a chopper with guns and you're sorted.

never enjoyed shooting my way out of the forced captures though.
21st May
Good price but oos
21st May
Massive fan of the franchise. Will be buying this again as its been long enough since i played it
21st May

Forgot about this! Massively underrated fun.
21st May

Defintiely. Hope they expand and improve upon it with FC6.
21st May
Sold out