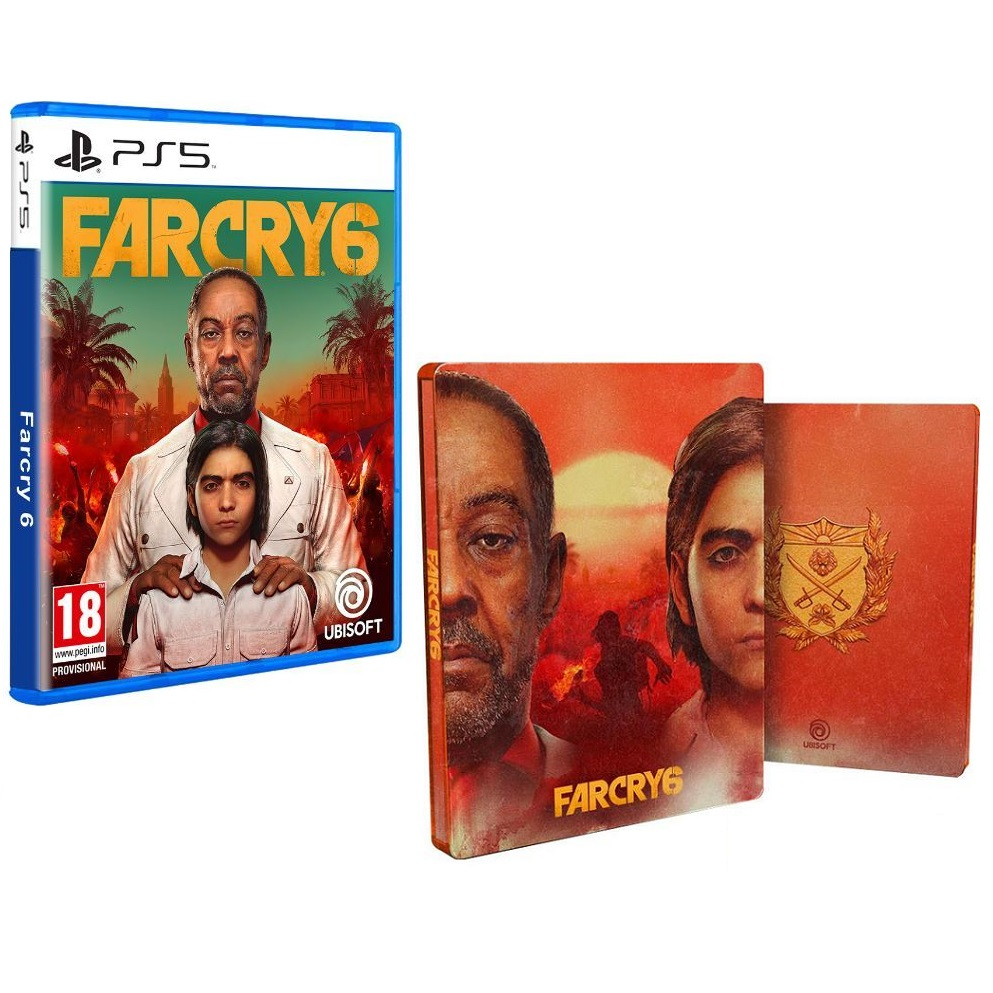 Purchase Far Cry 6 on PlayStation®4 and upgrade your game to the next-gen version (PlayStation®5) at no additional cost.

Get an EXCLUSIVE steelbook with your pre-order!*
*Any current pre-orders will also receive the exclusive steelbook!

“Are you evil? Are you a monster?” a ruthless dictator asks his son as they watch protesters call for revolution in the streets. Anton Castillo rose to power on the promise of restoring the once-prosperous island nation of Yara back to its former glory, and plans to forge his vision of paradise by any means necessary. With his 13-year-old son Diego dutifully at his side, Anton has the future of Yara clenched tightly in his hands. 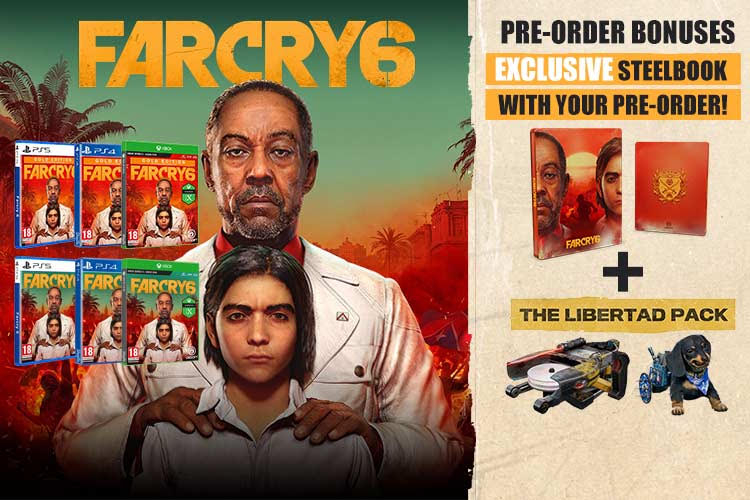 Yara lies in the heart of the Caribbean, a tropical paradise frozen in time. Decades of economic sanctions have devastated the nation, leaving it impoverished and divided. While some Yarans follow Anton blindly, others are subjugated in the name of restoring paradise. As the brutality of his rule reaches a fever pitch, outrage boils over and the fire of insurrection ignites across the country

In Far Cry® 6, players are immersed in the adrenaline-filled, chaotic world of a modern-day guerrilla revolution. Engage Anton’s regime in intense combat through lush jungles and dense cities as Dani Rojas, a local Yaran swept up in the chaos. In a fight where you must use what you have to make what you need, employ an arsenal of unique and surprising new weapons, vehicles, and animal companions to unite a revolution that will burn the tyrannical regime to the ground.

IGNITE THE FIGHT FOR FREEDOM
Join the revolution to push back against the oppressive regime of dictator Anton Castillo and his teenage son Diego, brought to life by Hollywood stars Giancarlo Esposito (The Mandalorian, Breaking Bad) and Anthony Gonzalez (Coco).

Dive into a blockbuster experience as Dani Rojas, a local Yaran defending their country from a tyrant’s rule. Choose to play Dani as male or female and immerse yourself in the journey of a citizen turned guerrilla revolutionary

Meet a colorful cast of unforgettable characters throughout the rich world of Yara, from a jaded ex-KGB spy to a wiener dog who’s as cute as he is lethal.

YARA TORN APART
For the first time in Far Cry, experience a sprawling capital city: Esperanza. Take down Anton in the seat of his power by staying hidden or engaging Anton’s army in an all-out firefight in the streets

Explore the most expansive Far Cry playground to date, and unite a revolution across the jungles, beaches, and towns of an entire island nation.

BECOME A GUERRILLA
Jump into the action and chaos of guerrilla combat at the heart of a revolution.

When you’re outgunned and outnumbered, every guerrilla must become a one-person army. In an island frozen in time, you’ll use what you have to make what you need and leverage unconventional weapons in a fight against an unyielding military regime.