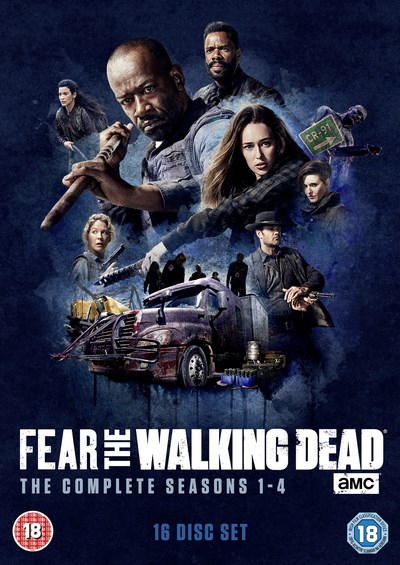 All the episodes from the first four seasons of the prequel to 'The Walking Dead'. Set in Los Angeles, California, the show follows the lives of Madison Clark (Kim Dickens) and her family - boyfriend Travis (Cliff Curtis), her daughter Alicia (Alycia Debnam Carey) and her drug-addicted son Nick (Frank Dillane) - at the beginning of a zombie apocalypse. When Nick first identifies a zombie after awakening in a drug den not many people believe his stories but they are soon forced to after the walking dead begin to overrun the city, prompting the military to be called in to restore order.
PostTweetShare Share with WhatsApp Share with Messenger
Community Updates
Zoom DealsZoom voucher codes
If you click through or buy, retailers may pay hotukdeals some money, but this never affects which deals get posted. Find more info in our FAQs and About Us page.
New Comment Subscribe Save for later
18 Comments
4th Dec 2019
You may have to search for it, it seems my link is broken.
4th Dec 2019
Link worked for me, thank you, another Xmas gift ordered
4th Dec 2019
Cheers OP. I wanted to watch this, so CEX here I come!
4th Dec 2019
oos
4th Dec 2019

Illegal downloading
5th Dec 2019
It's worth buying this, just to throw Season 4 in the bin.
5th Dec 2019
Oos
5th Dec 2019
Why does everyone keep saying oos? Its been in stock every time I check
5th Dec 2019
Nice. Shame the deal doesn't include any of the blu ray individual seasons after season 1.
5th Dec 2019

Why does everyone keep saying oos? Its been in stock every time I check

Has anyone received this yet?

Has anyone received this yet?

Mine was dispatched on 5th but has not shown up.No reply from zoom so if not in post tomorrow will be opening a paypal dispute.
16th Dec 2019
Mine finally arrived a few days ago