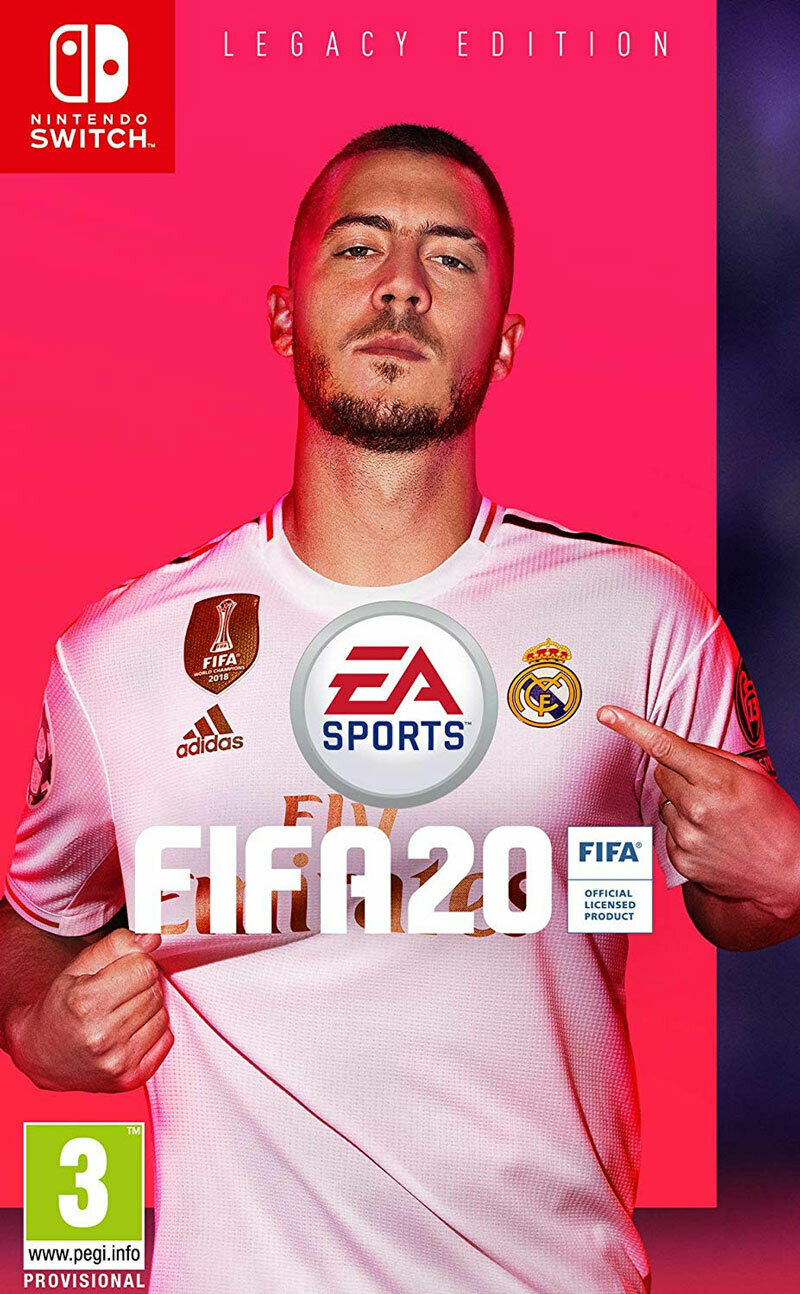 Powered by Frostbite™*, EA SPORTS™ FIFA 20 for the PlayStation 4, Xbox One, and PC brings two sides of The World’s Game to life - the prestige of the professional stage and an all-new authentic street football experience in EA SPORTS VOLTA. FIFA 20 innovates across the game, FOOTBALL INTELLIGENCE unlocks an unprecedented platform for gameplay realism, FIFA Ultimate Team™ offers more ways to build your dream squad, and EA SPORTS VOLTA returns the game to the street, with an authentic form of small-sided football.

EA SPORTS VOLTA takes football back to the streets, representing the authentic culture, creativity and style of the small-sided game. Build your character, express your style, and play various forms of free flowing-football in environments all over the world.

VOLTA Gameplay: Express your style with an entirely new gameplay system, grounded in football realism. Inspired by the authentic small-sided form of football played in streets, cages, and futsal courts across the world; VOLTA gameplay offers new tools to immerse you in the flow of the street, including simplified flicks and skill moves, new flair animations, and even the option to use the wall as a teammate.

Player: VOLTA Football allows for countless ways to customize and personalize your player; from clothing, hairstyle and tattoos, to in-game celebratory emotes. Create your male or female player and showcase them across the various game modes in VOLTA Football.

Apparel: Show off your style in VOLTA Football by equipping your players with the latest vanity items ranging from shirts, shoes, and sweaters to different tattoos and hairstyles. Unlock more vanity items as your progress through VOLTA by completing in-game challenges.

Locations: VOLTA Football brings football playgrounds from all over the globe to life. From an underpass in Amsterdam, to a neighbourhood cage in London, to a Tokyo rooftop, VOLTA Football offers players the ability to taste the regional experience of the global game.

Match Types: Customization is at the centre of the way you play VOLTA Football. Play 3v3 Rush (No GK’s), 4v4, 4v4 Rush, 5v5 and Professional Futsal. In addition, VOLTA offers different sizes of arenas and environments with or without walls, giving players the freedom to play the beautiful game the way they want to.

VOLTA Kick-Off: Take your favorite professional teams back to the streets and compete in a number of VOLTA locations and match formats. Play PSG vs. Lyon in Paris, the Madrid derby in the streets of Spain, or Chelsea vs. Spurs in a London cage.
VOLTA World: Build up your VOLTA team by playing through Single Player Matches against community generated squads in a variety of formats and locations. After each victory, recruit a player from the opposing team, building your squad up in terms of both skill and chemistry.
VOLTA Story: Take your player through a narrative driven experience, where you face off against various legends of street football from around the world. Earn rewards, customize your player, and recruit for your squad, culminating in the VOLTA World Championship tournament in Buenos Aires.
VOLTA League: Play your way through promotion and relegation with online VOLTA League. The new player versus player formats places your team against others online, where wins lead to promotion into a higher division.
Gameplay

Experience FOOTBALL INTELLIGENCE, a complete rethink that unlocks an unprecedented platform of football realism. FOOTBALL INTELLIGENCE elevates every living moment on the pitch: on-the-ball, off-the-ball, and through-the-ball. Built on three core pillars: Decisive Moments (on-the-ball), Authentic Game Flow (off-the-ball), and Ball Physics (through-the-ball), this approach is intended to put the user at the centre of every match.

Authentic Game Flow: Awareness of time, space, and position are fundamental intelligences of world class footballers. With Authentic Game Flow every AI controlled player will operate in a manner that considers these components, delivering an environment that creates more time and space, putting greater emphasis on user-controlled play.

• AI Defending: an overhaul in the positioning and tackling system creates an environment for AI to better complement the user controlled player. AI will offer intelligent defensive support, while rewarding and advantaging user defending.

• Natural Player Motion: with locomotion and positioning innovations AI players move in a more natural and composed fashion than ever before creating realistic football movement for all players on the pitch.

Decisive Moments: Football is made up of a series of pivotal moments that determine the outcome of a match. From Composed Finishing in the final third to Controlled Tackling in the back, matches will be won or lost through user controlled Decisive Moments.

• Strafe Dribbling: the new-strafe dribble mechanic adds more dimension to attacking options; offering the ability to move with more agility than ever to lure your opponent in to then beat him on speed or skill.

• Controlled Tackling: Utilizing the Active Touch System, user controlled defending is advantaged and rewarded through a variety of new tackle animations. The cleaner the tackle, the higher the likelihood of players retaining possession of the ball.

• Set Piece Refresh: A system refresh that gives deeper options for aiming direct free kicks and penalties, introducing more skill-based mechanics for striking that are more rewarding than ever.

• Composed Finishing: An overhaul in the fundamentals of shooting will allow you to experience more consistent and clinical finishing. This creates a more true-to-life shooting experience that better rewards authentic finishing and offers risk and reward in more difficult situations like volleyed crosses.

• Football Informed Motion: an overhauled motion system introduces more authentic ball spins and bounces that play out with more realism than ever before. This creates a more true-to-life football experience.

• New Shot Trajectories: with the new ball motion system a variety of realistic shot trajectories are unlocked, from technically dipping shots to knuckleballs to swerved set-pieces and first-time rising shots.
PostTweetShare Share with WhatsApp Share with Messenger
Community Updates
EBay DealsEBay discount code
If you click through or buy, retailers may pay hotukdeals some money, but this never affects which deals get posted. Find more info in our FAQs and About Us page.
New Comment Subscribe Save for later
8 Comments
15th Nov 2019
I would suggest people buy Fifa 19 instead. It’s the exact same game just updated squads. In an interview one of the developers said it was a “legacy edition” so they’re charging full price for last years title with a lick of paint.

There is no Volta on switch and lot of UT features such as most SBC, weekend leagues and squad battles are missing
Edited by: "Katpain_Caveman" 15th Nov 2019
15th Nov 2019
See how much FIFA 19 is and buy that instead.
This is the same game with a roster update.... literally.
15th Nov 2019
From EA's website:

Ps have they fixed career mode yet??
15th Nov 2019
Why the hell is this hot? It's a bloody scam. OP even copy-pasted an incredibly misleading description.
16th Nov 2019
@joeydeacon how many times can you paste the word 'Volta' for a game that doesn't even contain the feature?

Please think about updating the description with the one from EA's website mentioned by @bloooo. It might raise awareness to the people still making it worth EA's time to keep releasing the same crap from 2yrs ago.
16th Nov 2019
Ordered this yesterday morning at 11:30am and it arrived today! So quick! Heat added