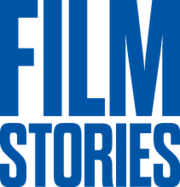 In November 2018, we launched the UK’s newest monthly film magazine, FILM STORIES. Since then, we’ve published hundreds of pages, given breaks to loads of new writers, and talked about all sorts of films, big and small. Oh, and we’ve showcased a whole bunch of primarily British films on our covers, that weren’t getting covers anywhere else.

Each issue of the magazine features:


This is a brilliant independent film magazine that I've been reading since issue 1. As already stated, they cover mostly smaller independent films and leave the big blockbusters to the other magazines.

The big selling point for me is that every issue gives print to first time writers. Each issue covers such a diverse range of topics, obviously all related to film.

Film Stories has been going for almost a year and is well worth your time. For Black Friday and the weekend, you can name your price on back issues. There is a minimum of 1p for digital editions and £1.99 for real life copies (usually £5.99).

I sometimes use the posts here as recommendations, you would think people who post films or downloads would post films or downloads which they actually like, but quite often (give a deal of latitude and taste) they are the most awful rubbish IMO
30th Nov 2019
Simon Brew sounds like the most self effacing man who ever walked the planet on his excellent podcast. An enterprise deserving of support.
Thank you OP
30th Nov 2019

They're offering digital issues 1-6 as a bundle for 1p, and then digital issues 7, 8, 9 and 10 also for 1p each on this page: store.filmstories.co.uk/col…pdf

That's true, but they're not collectable are they

No, but the print copies are, and the £1.99 each they're currently being priced at is just to cover p&p so if you want collectable copies then feel free to fork out for them.
30th Nov 2019
I've just ordered the pdf's myself, and I noticed that issue 7 isn't 1p currently, as it's being offered for free.

You can read why here: filmstories.co.uk/new…nes
Issue 7 can be got for free by using the code BLINDED
Put it in your cart, and don't use the paypal / google pay options on the initial cart page but use the "Checkout" button instead. You can then enter the code and still pay via Paypal if you want to.