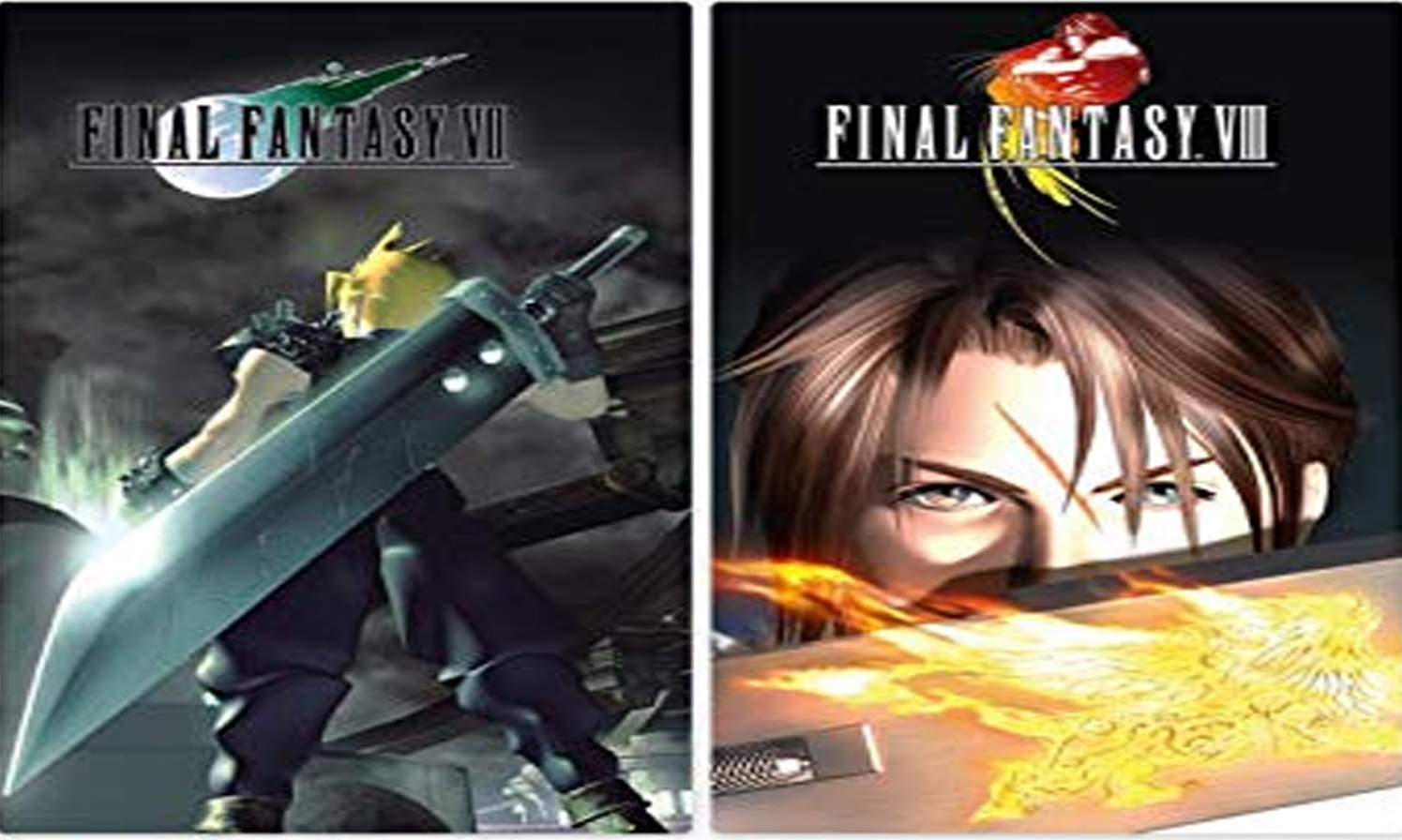 In Midgar, a city controlled by the mega-conglomerate Shinra Inc., the No. 1 Mako Reactor has been blown up by a rebel group, AVALANCHE.

AVALANCHE was secretly formed to wage a rebellion against Shinra Inc., an organisation which is absorbing Mako energy, destroying the natural resources of the planet. Cloud, a former member of Shinra's elite combat force, SOLDIER, was involved with the bombing of the Mako Reactor.

Can Cloud and AVALANCHE protect the planet from the huge, formidable enemy, Shinra Inc.?

It is a time of war. Galbadia, a Global Superpower, has declared war on Dollet, a country whose training academy is home to two personalities: the hot-headed Seifer and the 'lone wolf', Squall Leonhart. Both are equally at conflict with each other as their country is with Galbadia; to others, Squall appears lacking in team spirit, while Seifer lacks the discipline of his rival. However, a chance encounter with the free-spirited Rinoa Heartilly turns Squall's universe upside down; having thrived on discipline, Squall find the carefree Rinoa fascinating. He also begins to dream that he is Laguna Loire, a Galbadian army soldier…

Meanwhile, a sorceress manipulates the most powerful men in Galbadia.
Will Squall and his party succeed in defeating this maniacal sorceress and saving their world?
What part does the mysterious Laguna play?

IX > All
43 Comments
4th Mar
Old man question if anyone can help, can you buy these and 1 play them on a tablet, and 2 with a xbox controller if I USB cable it?
4th Mar
Depends on the tablet I guess, maybe if its running windows and had the processing power required. Doubt it on an android tablet.
4th Mar

No you can't. This is required a computer with Steam installed on it.
4th Mar
Ahh, cheers guys, guess I'll have to stick to the switch for now!
4th Mar
Awesome games, is this a HD version though?
4th Mar

No you can't. This is required a computer with Steam installed on it.

If you have a PC/Steam account you can play these on your phone or tablet via the Steam remote play application.
Edited by: "MrCollective" 4th Mar
4th Mar

Yeh, I read something about that. But does it need to be running on a pc for it to work on your tablet?
4th Mar

Yes dude. It will launch Steam Big Picture mode on the PC. Its a pretty useful app if you always have Steam active as you can also take control of your PC and do the usual tasks outside of steam. (Updates/Downloads)
4th Mar
8 > 7
4th Mar

YES YES YES
4th Mar
Anyone know of a way to get this to work on Mac? Via an emulator or something?
4th Mar

Coming to Gamepass this year too i believe

Really wish Sony had that, would save a fortune
4th Mar

Look into Geforce Now, i can play some games on my phone, they are hit or miss though.
5th Mar

This might help thenextweb.com/app…re/
5th Mar
This and Starcraft were my first PC games - back in the days when you had to change the CD 5 times
5th Mar
Thanks for posting; we have added your thread to the Highlights section
5th Mar

Also liked 9 but preferred 8. I agree 8 and 9 were the best, sad how badly the franchise lost its way after that
5th Mar
Will this work on geforce now?
5th Mar

I have indeed, nes / SNES games are excellent but I’ve only ever met people who played from 7 onwards, 6 would go before 9 the rest after but before 15 online is ok too I suppose
5th Mar

21 Run throughs on Playstation and PC. Yes definitely mad ! Usually once a year.

To be fair you dont even need a pc would work with geforce now stream it from their computers you will need to que to access the game and can only play for an hour at a time or £5 a month to skip the que and play for longer you will however need a fast and stable internet connection and you need to have the game on your steam account
Edited by: "conor_lynn" 5th Mar
6th Mar
Still have the original for PS one.
6th Mar
I don't know why, but I paid £6.12 for this including fees not that I am complaining about paying 4p less than stated lol

Cracking deal, both games are fantastic, FF7, set the bar for rpg's and the card game in 8 is slightly addictive, especially if you want to collect the set.
6th Mar

You can if you have the steam client on your PC and instal steam link on your tablet, connect controller to PC or tablet wirelessly and run steam in big picture mode controller should map to game automatically and you can play from your tablet within any room in the house if your WiFi is decent.
6th Mar

You could install windows on a boot camp drive and have a full windows on Mac experience. Alternatively you could use a Windows wineskin but these are often a bit temperamental.
6th Mar

Will this work on geforce now?

No they are not supported on geforce now
6th Mar
Ff8 best ever don't buy the hd version not worth the dosh
6th Mar
Squall is such a dick.

I agree but also rate 12 well (around the same as 10). Probably would say better gameplay but worse story than 10.
6th Mar
Thanks for posting; we have added this to the Highlights section