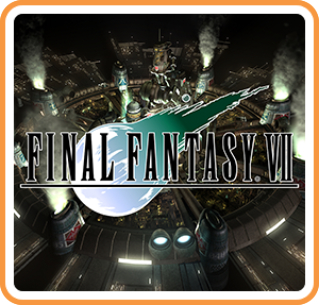 FINAL FANTASY VII, the timeless classic loved by a legion of fans, comes to Nintendo Switch with a number of helpful extra features!The world has fallen under the dominion of the Shinra Electric Power Company, a sinister corporation that has monopolized the planet's very life force as Mako energy. In the urban megalopolis of Midgar, an anti-Shinra rebel group calling themselves Avalanche have stepped up their campaign of resistance.Cloud Strife, a former member of Shinra's elite SOLDIER unit now turned mercenary, lends his aid to the rebels, unaware that he will be drawn into an epic battle for the fate of the planet, while having to come to terms with his own lost past.
This game is a port of the original FINAL FANTASY VII.The following extra features are included;◆ 3x speed mode◆ Ability to turn battle encounters off◆ Battle enhancement mode


The mega-hit RPG, FINAL FANTASY VIII returns!
It is a time of war.
The Republic of Galbadia, under the influence of the sorceress Edea, mobilises its great armies against the other nations of the world.
Squall and other members of SeeD, an elite mercenary force, join hands with Rinoa, a resistance fighter, to fight against Galbadia's tyrannical rule and to prevent Edea from fulfilling her ultimate goal.

This product is a remaster of FINAL FANTASY VIII, featuring multiple enhancements including additional options to customise your gameplay experience and difficulty, such as: 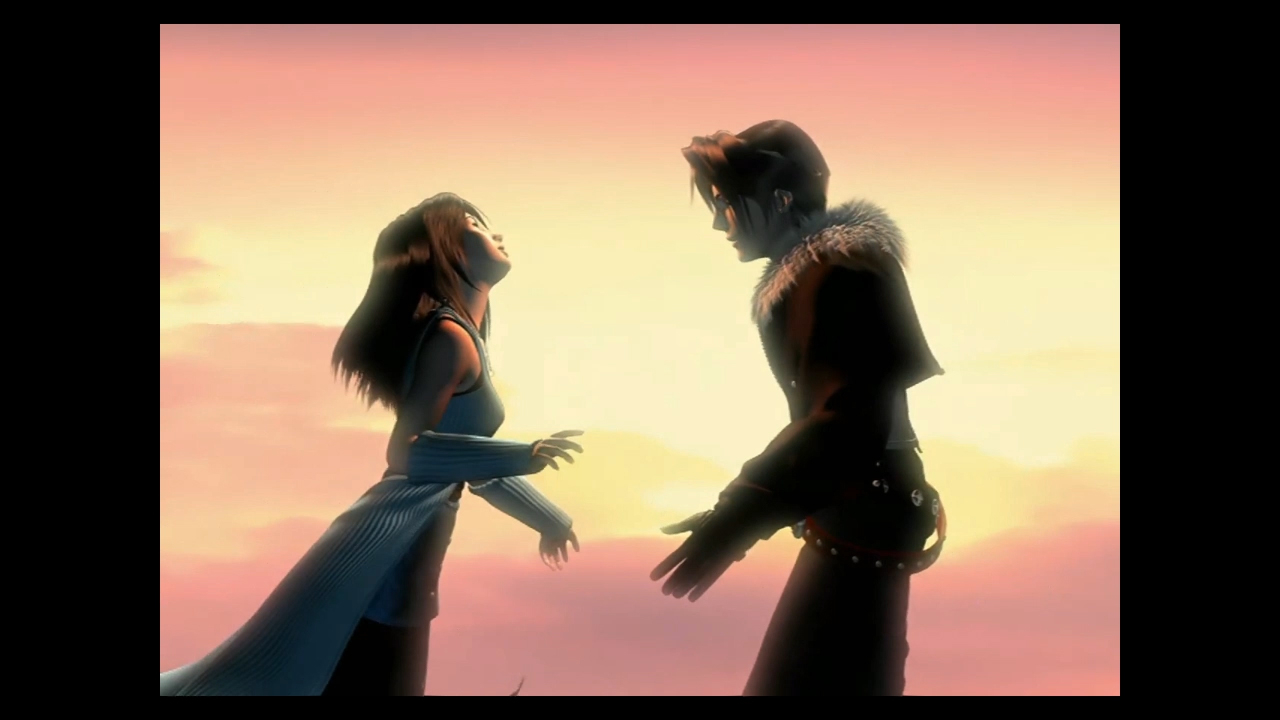 Selling over five million copies since its release in 2000, FINAL FANTASY IX proudly returns on Nintendo Switch™!
Experience the adventure once again with characters and pre-rendered movies featured in high definition, as well as a new booster system with a selection of various modes such as "high speed" or "no encounters"!

■Story
Zidane and the Tantalus Theater Troupe have kidnapped Princess Garnet, the heir of Alexandria. To their surprise, however, the princess herself yearned to escape the castle. Through a series of unusual circumstances, she and her personal guard, Steiner, fall in with Zidane and set out on an incredible journey.

Meeting unforgettable characters like Vivi and Quina along the way, they learn about themselves, the secrets of the Crystal, and a malevolent force that threatens to destroy their world.

・Trance
Fill your Trance gauge as you sustain hits in battle. When fully charged, your characters will enter Trance mode, granting them powerful new skills!

・Minigames
Whether it's Chocobo Hot and Cold, Jump Rope, or Tetra Master, there are plenty of minigames to enjoy when you're not off saving the world. You can even earn special item rewards! 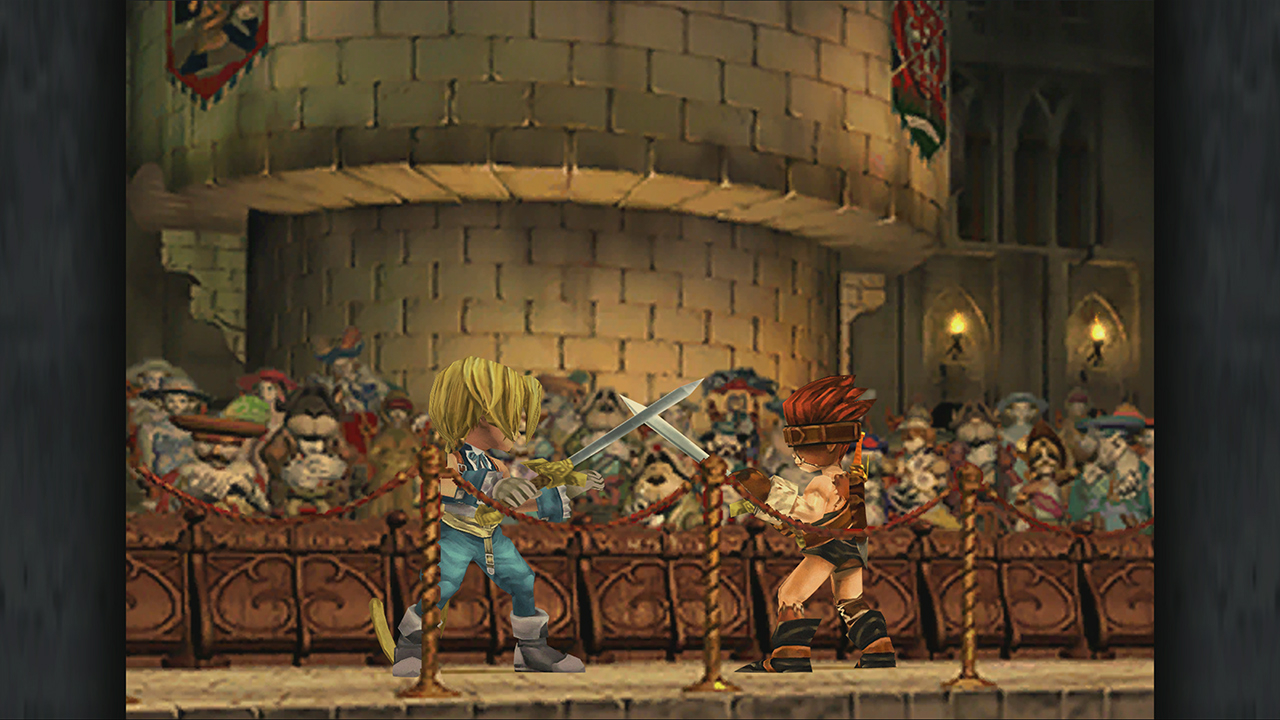 Yes. Yes. Yes. That's what I think anyway.
17th Mar
Final Fantasy VIII* you mean?
Edited by: "CupN00dle" 17th Mar
17th Mar
To be fair Op has put both titles in heading stating FF 7 and 8, but before clicking into deal the preview title only showed FF7 was visible to me.
Just need change the pic from ff8 to a edited FF7 / FF8 to prevent confusion
Heat from me anyways
17th Mar

Sorted now, the site chose it not me
17th Mar
Think I have the Final Fantasy games on every platform now Well worth the money
17th Mar
Can’t tell you how long I have been waiting for FFIII to come on sale on the switch.
Had a Keyword alert on, saw your post, immediately dropped everything to hop onto the e-store and purchase, and the damn store is down!
Apparently has been all day. 😩
17th Mar
Final Fantasy IX £8.49
Final Fantasy X/X2 Remaster £22.49
World of Final Fantasy Maxima £17.49
Chocobos Mystery Dungeon Every Buddy £16.49
Final Fantasy XII The Zodiac Age £22.49
Final Fantasy XV Pocket Edition £12.50
17th Mar

9 is the most polished and has some great characters, it's story also makes the most sense and I think if you are not used to old rpgs then it might be the best to start with. Saying that I played 7 when it was released and it's still my favourite, really looking forward to the remake
17th Mar
hitc.com/en-…ch/
17th Mar

I'd say 7 then 8, but happy to hear other views

For a first timer, I would recommend 10, 7, 8 and 9. 10 as it has a solid casual story with a decent enough graphic level, and gameplay was solid and the sphere grid was decent. Plus voice acting over dialogue is in 10

Ff7 is a great game, but it maybe difficult to look past its age for some. As well with the remake coming out April, the story will be there. It's what's holding me buying it again sadly.

But it's really down to the person above if they don't mind the classic style or are more in to a more 3d modern game approach. (I know graphics don't make the game but people were saying 12 or 13 were the best as they didn't play the older ones as they were old)...
Edited by: "kos1c" 17th Mar
17th Mar
For me it’s FF8, I still have my FF7 with the FF8 Demo Disc! But they’re all brilliant examples of the genre.
17th Mar

7 or 9. 9 is by far the most polished as mentioned and looks the best. But 7 has a very memorable story and cast and a good magic/materia system.

8 is mental. In a good way. The story is bonkers. Some don't like the way that magic is handled. But it has the best mini game, a card game called Triple Triad.
17th Mar
FF 7 is £6.05 Sweden or Russia store
17th Mar

Yes, but only if you have lots of spare time (self isolating). If you care about graphics then you’re basically missing out.
17th Mar
I’ve been checking the store every few days since the remake demo to see if it would drop. Perfect timing!
17th Mar

I'd love to say you're right... but you're simply not.

Yes this is all opinions, but there is a reason it has the fanfare, the fact that it is still loved and adored today and the fact they are doing the remake.

Further, any jrpg fan should play it, seen's as we are all used to and most enjoy turn based, it simply isn't a problem. Sure it isn't for you but that doesn't mean it isn't for the majority.
17th Mar

On Switch? Remake is PS4 only
17th Mar

On Switch? Remake is PS4 only

Yeah, FF7 dropped in price on every platform but Switch after the PS4 demo. Been waiting patiently
17th Mar

Oh you meant the Price Drop, apologies I thought you meant the Demo would drop
17th Mar
Bought this on release day and still play it now. Best game of all time (side by side with The Last of Us).

‌ ‌ ‌
17th Mar
It’s a good price, I played the game a while ago and it hasn’t aged well in certain aspects. Still a very fun game.
17th Mar
Anyone actually managed to buy it as Nintendo eshop has been down for 4 hours?
17th Mar

Same! Been checking the store for FF8 to drop nearly every day 🙈
17th Mar
My pile of shame is already huge but this is too good an offer to pass up.
17th Mar

Both. Seriously. They are independent stories but so damn good. They're the type of thing that you can rush through (!) in about 30 or 40hrs but, if you want to see everything you can talk hundreds of hours. I may be exaggerating but if I am it is only slightly. You could easily spend months playing it for 3hrs a day, easily.

FF7 is truly epic & started me on the series but FF8 hit me so damn hard that, despite getting it at release decades ago, I refused to completely finish it because I was too invested in the characters & was scared of a bad ending. I still don't know the end. Yeah, I know.
17th Mar
I now own a version of FF7 on Ps1, Ps3 / Vita, Ps4 (and the remake also preordered) and now Switch. HEAT!! 🔥
17th Mar

Both? There is three though?
17th Mar

Are they remaking ff7 on the switch did I read on here earlier?
17th Mar

Both? There is three though?

I thought it was just FF7 & FF8 in the post. In all honesty you can't go wrong with FF7, FF8, FFIX or FFX, even FFX-2 is good. The only ones to avoid are FFXI & FFXIV because they are subscription MMOs - still damn great fun but you need to be into multiplayer online stuff. Obviously some releases aren't available for all consoles or PC but if it's a Final Fantasy game then you'll probably have some fun.

The early games (FF1-6 in Western countries) were definitely 'of their time' so expect Nintendo Entertainment System (NES) era graphics & audio but FF7 onwards were PlayStation & PC (in some cases) so might look aged but the game play & audio are second to none. There are also spin offs which I have only little experience of other than Crystal Chronicles on the Gamecube which was really great fun indeed.

You're spoilt for choice really as where to start but I began with FF7 as a novice to the series & had never seen anything like it. It was like I felt part of the storyline, it actually drew me in with what was going on.

Happy gaming!
18th Mar
Still need to finish a playthrough of VII on the PS4 but next time I play it it would be great to have it on Switch so might get it.

But the FF game I really want on Switch is Crystal Chronicles. Thought it was supposed to be out this year but there's no release date yet...
18th Mar

I'd say 7 then 8, but happy to hear other views

I would say neither. Play 12: zodiac age as it's probably closer to a modern RPGs so may be easier to get into.