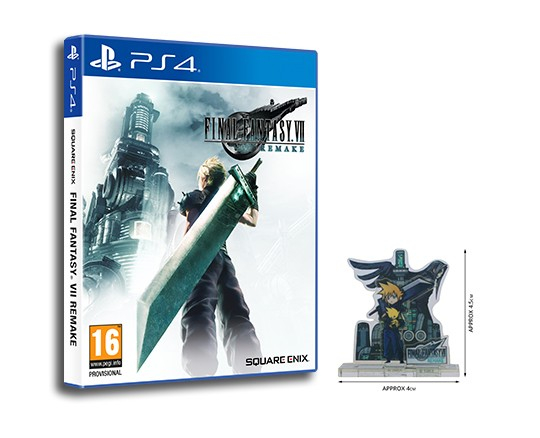 FINAL FANTASY VII REMAKE is a reimagining of the iconic original game that re-defined the RPG genre, diving deeper into the world and its characters than ever before. The first game in this project will be set in the eclectic city of Midgar and presents a fully standalone gaming experience that provides a great starting point to the series.

A SPECTACULAR REIMAGINING OF ONE OF THE MOST VISIONARY GAMES EVER
The world has fallen under the control of the Shinra Electric Power Company, a shadowy corporation controlling the planet's very life force as mako energy. In the sprawling city of Midgar, an anti-Shinra organization calling themselves Avalanche have stepped up their resistance. Cloud Strife, a former member of Shinra's elite SOLDIER unit now turned mercenary, lends his aid to the group, unaware of the epic consequences that await him.

A spectacular reimagining of one of the most visionary games ever, the first game in this project will be set in the eclectic city of Midgar and presents a fully standalone gaming experience. Along with unforgettable characters and a powerful story,

FINAL FANTASY VII REMAKE features a hybrid battle system that merges real-time action with strategic, command-based combat. First released in 1997 on the PlayStation® computer entertainment system, FINAL FANTASY VII is universally regarded as a hallmark title of the RPG genre. The original title received high praise for its epic storyline, unique characters, and movie sequences that utilized the most cutting-edge technology of the time.

Since then, the game has sold over 11 million copies worldwide and continues to receive widespread acclaim from critics and fans around the world. The popular game has even expanded into spin-offs, films, and merchandise.

The remake was announced following years of rumors and fan requests. Four key staff members returned to help with Remake: original character designer Tetsuya Nomura returned as both director and main character designer, original director Yoshinori Kitase acted as producer, and Kazushige Nojima returned to write new material. Due to the scale of the project, the team decided to release Remake as two discs so no original content would be cut. They also decided to add new content and adjust the original character designs to balance between realism and stylization.
PostTweetShare Share with WhatsApp Share with Messenger
Community Updates
ShopTo DealsShopTo discount code
New Comment Subscribe Save for later
Top comments
2nd Mar
I'm as excited for this game as the next person, but summon DLCs are disgusting.
20 Comments
2nd Mar 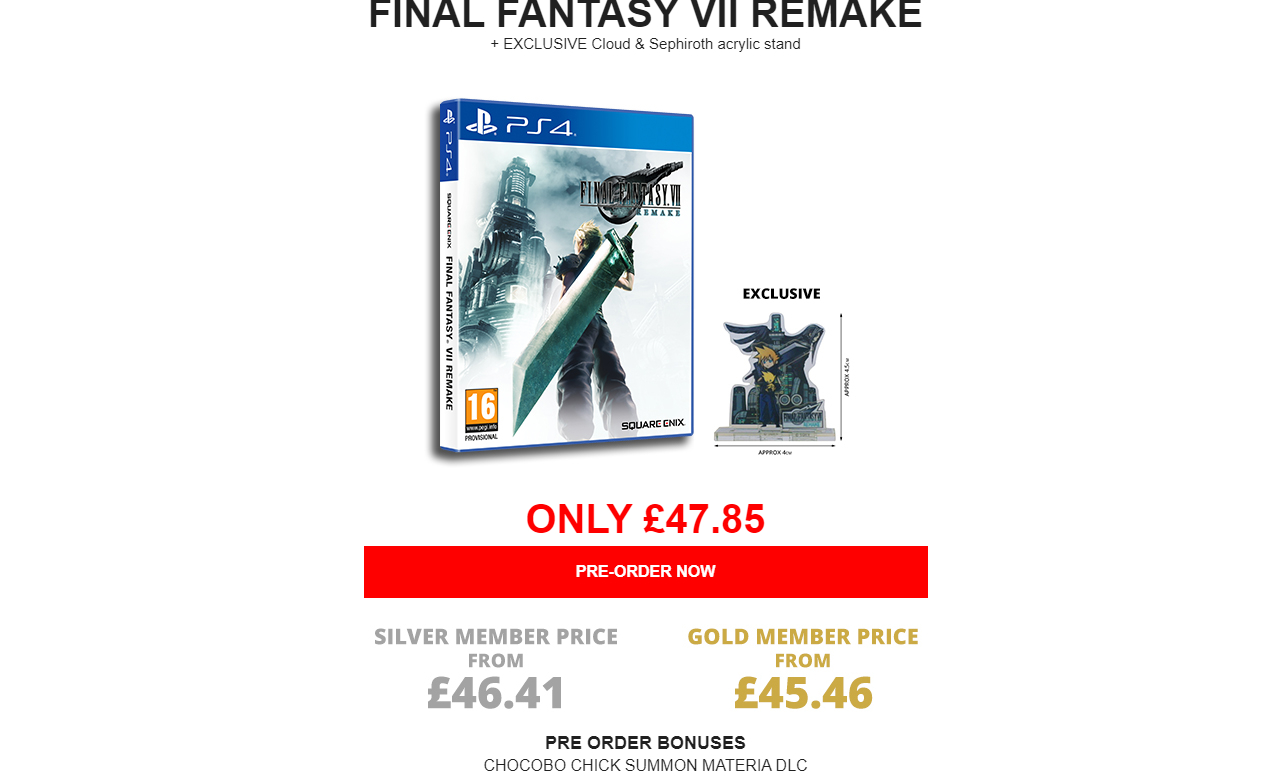 2nd Mar
I'm as excited for this game as the next person, but summon DLCs are disgusting.
2nd Mar
Demo out now!
2nd Mar
Was £39 odd about a week or so (jump in the time machine) This is overpriced for some tat and a summon
2nd Mar

Agreed I was happy to pay 40 for this pre order but at this price with sum cheap plastic stand is not worth it at all
2nd Mar
Happy to get it with a collectible. Biggest fan. Have a collection of all Final Fantasy stuff.
2nd Mar
And isnt it going to only be about 12 hours long
2nd Mar
Meh, chocobo chick wasn't in the original so nothing lost there!
2nd Mar

And isnt it going to only be about 12 hours long

No, they've said each episode will be about the length of ff13.

If anything the thing to be worried about is them taking the first disc worth of plot from ff7 and then stretching that out for 30-60 hours.
2nd Mar
Lot of cheaper places ok they might not including some cheap plastic tat, but most people would rather just get the game.


thegamecollection.net/fin…mp;
2nd Mar
Shame GAME have that collectors edition locked down forcing us to pay over the odds for it. Real collectors gotta go to GAME as per usual :(. Everybody else should get at somewhere like Base.
Edited by: "vhero" 2nd Mar
22nd Mar

What are base and game collection like at shipping pre-orders? It's my lad's birthday on the 11th so I'd *really* want it delivered on the 10th
31st Mar

GameCollection out of stock, Base now selling for £49.99. Can't find a decent deal on this game now
1st Apr
My order from shopto has just been sent has anybody else had email about dispatch?
Edited by: "gemvis" 1st Apr
2nd Apr 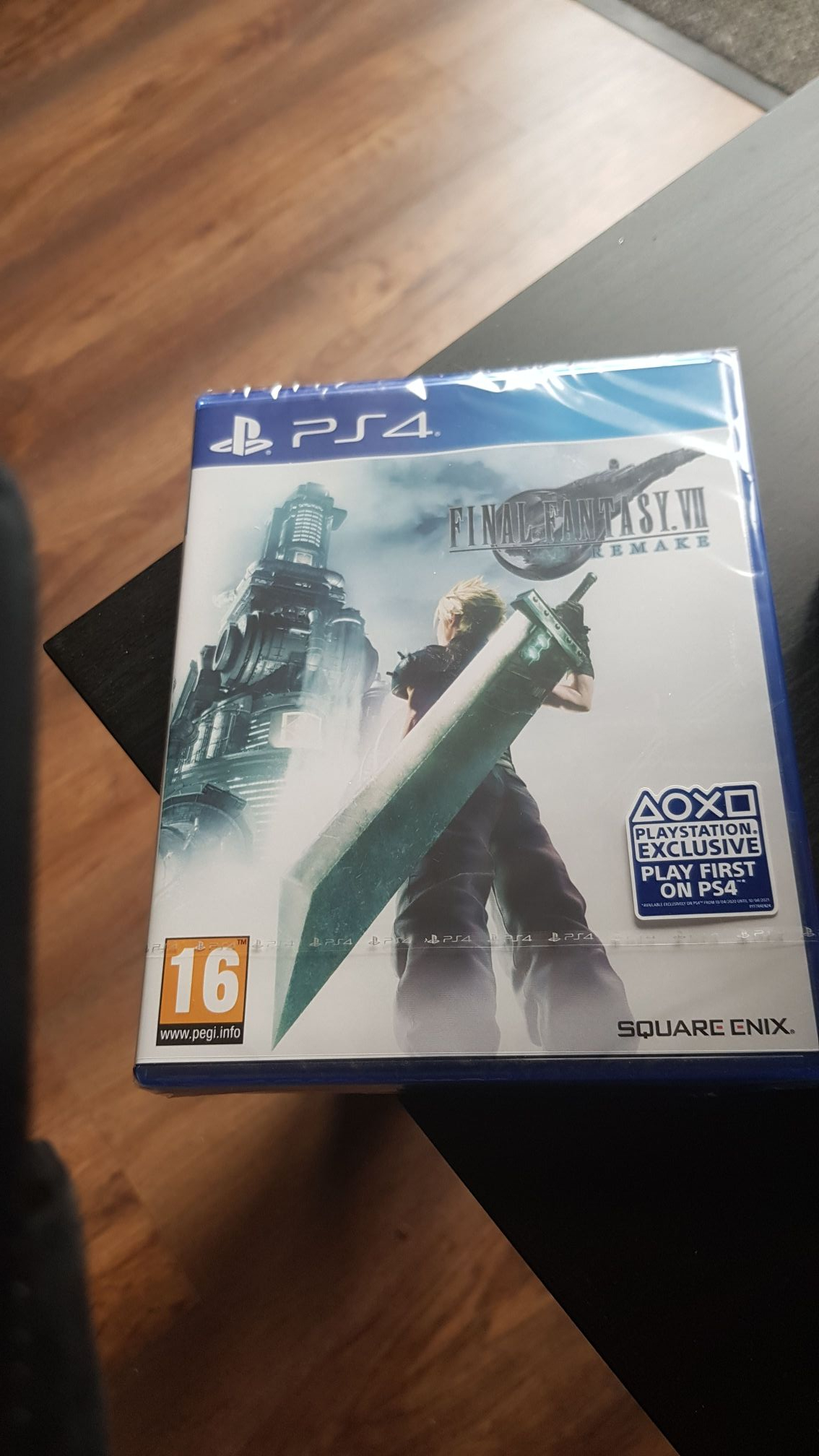 me too! will get Resi 3 done first 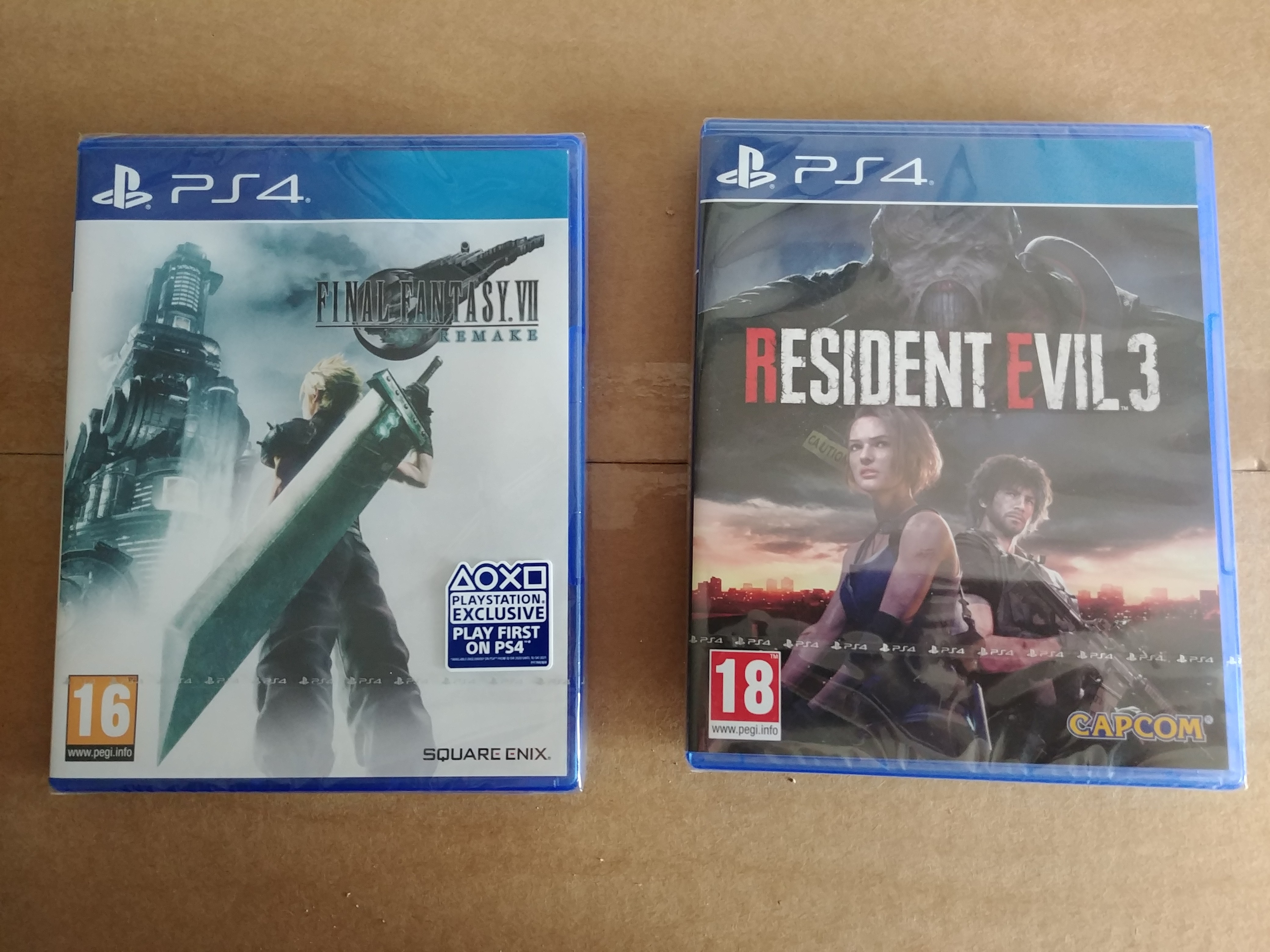 me too! will get Resi 3 done first[Image]

Nice had the acrylic stand as well also got resident evil but on xbox.
2nd Apr

Nice had the acrylic stand as well also got resident evil but on xbox. 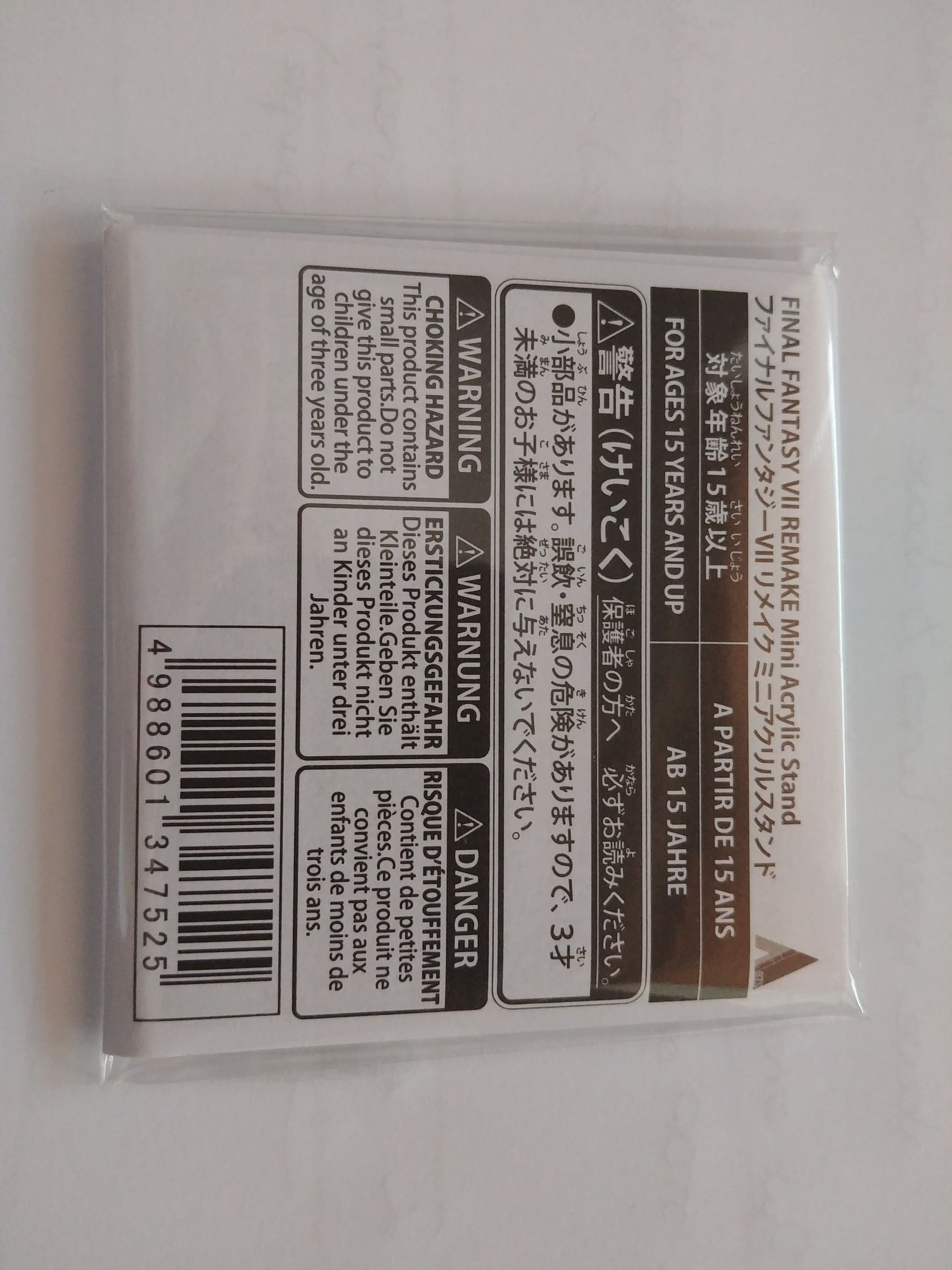 Got collectors edition of RE3 too,
Edited by: "TobiRIP" 2nd Apr
3rd Apr