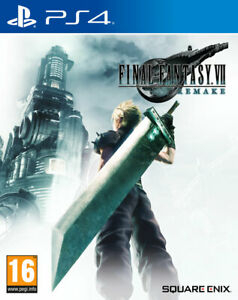 FINAL FANTASY VII REMAKE is a reimagining of the iconic original game that re-defined the RPG genre, diving deeper into the world and its characters than ever before. The first game in this project will be set in the eclectic city of Midgar and presents a fully standalone gaming experience that provides a great starting point to the series.

A spectacular reimagining of one of the most visionary games ever, the first game in this project will be set in the eclectic city of Midgar and presents a fully standalone gaming experience.

The world has fallen under the control of the Shinra Electric Power Company, a shadowy corporation controlling the planet's very life force as mako energy. In the sprawling city of Midgar, an anti-Shinra organization calling themselves Avalanche have stepped up their resistance. Cloud Strife, a former member of Shinra's elite SOLDIER unit now turned mercenary, lends his aid to the group, unaware of the epic consequences that await him.
PostTweetShare Share with WhatsApp Share with Messenger
Community Updates
EBay DealsEBay discount code
New Comment Subscribe Save for later
70 Comments
23rd Mar
Showing as delivery 7th-9th May
23rd Mar
Heat, think I preordered from TGC website, just over £40. There's been talk about delays so may switch to digital...
23rd Mar
Yep. Game is still being released but there are lots of concerns about actually getting it out to people.
23rd Mar
Worth a shot. They're still showing stock on the website and worst case scenario you can always pick up a digital copy in case of a delay and cancel/return this version.
23rd Mar
For those who don't know already, this game isn't a remake of the whole of the original game, just the Midgar section and a little beyond that.
23rd Mar
Thanks, made an order, I'm in no rush tbh.
23rd Mar
Argh, would love to bite on this, but May release is not really acceptable... But neither is £60 for the digital version. :/
23rd Mar
Sticking with my £39.99 Base order. I figure if stock is low they might go off order date, and I ordered this about a year ago so don't want to jeopardize my chances, however slim, for a quid saved.
23rd Mar

PSN Vouchers
23rd Mar
My Very order from last year is showing as 14th March, this is the game i want to play from day one, just ordered this thinking it was 7-9 April delivery....i haven't woken up yet.
23rd Mar
FYI

Not as simple as that. Look at the price difference - it's SIXTY pounds on the PSN store versus being £39 on physical. That's a £21 difference, plus all the benefits that physical offers over digital such as reselling etc.

I know this is no ones fault, but what physical copies do make it out to gamers will be selling for extorniate prices on eBay. It's best just to order this and hope for the best. Even if it arrives late at least it arrives and you haven't been ripped off. Don't give greedy Square your cash by buying it digital.
Edited by: "SFP_NooDLe" 23rd Mar
23rd Mar

I get that you may want to make a stand against digital prices, but the cause of that are the physical copies so there is no easy fix. Square can't drop their digital prices and still expect to sell them in stores at the same RRP.

If your physical copy is delayed and you can't wait then go ahead and pay the extra amount for the digital copy if you like, I certainly won't judge you.
23rd Mar

What a strange mentality to have. The whole point of this site is to give people the best price. How is advising people to spend £21 more in any way helpful or in the spirit of the site?

And the cause of the high digital price isn't the current situation - it's been on preorder for £60 since they put it up for order in the summer of last year. They haven't suddenly hiked up the price.

Yeah, people who want to buy it no matter what will buy it anyway, regardless of price. But they won't be the ones on here looking for the best deal. Most people who browse this website usually look for the best and lowest price. In that sense, your advice to people to spend a THIRD more goes against what this entire site is about - finding the best deal.
23rd Mar

This site is about deals, but my entire point was that this price is worth taking a risk on WHILE still giving you the freedom to cancel or return it and get a copy sooner if you can't wait. Yes that means paying more, but with the shortage that's the only option. And again it's just an option, if you don't want to do that then just wait, if you can't wait but don't want to pay more than get to searching Ebay at release.

My advice wasn't to go and buy the digital copy, it's that you have that option down the line.

As for your point about them not raising the digital price, that's a good thing, not a negative. Again their digital listings are dependant on retail stores that they can't undercut, but who can undercut them.
23rd Mar
Should add “Part 1” to the title
23rd Mar

Use psn credit i got it for like £45
23rd Mar
So would this get delivered on the release date? It's on Good Friday so there's no post. If they are dispatching it early then would we get it on Thursday?
23rd Mar

There’s usually pretty good deals on psn credit online. Realistically if you shop on places like CD Keys or Eneba you could get £60 for £40-£45.

I never pay full price for a digital release using this method!
23rd Mar
Well... I cancelled my Base order and re-ordered this.

I don't mind waiting a week. That £5 can go towards something else... Like Food.

Thanks Mixi.
Edited by: "prankster101" 23rd Mar
23rd Mar
I'm holding off on ordering any physical games till I know they will actually be delivered, I want physical so I can sell when done but I actually want the game on release day as well.
23rd Mar 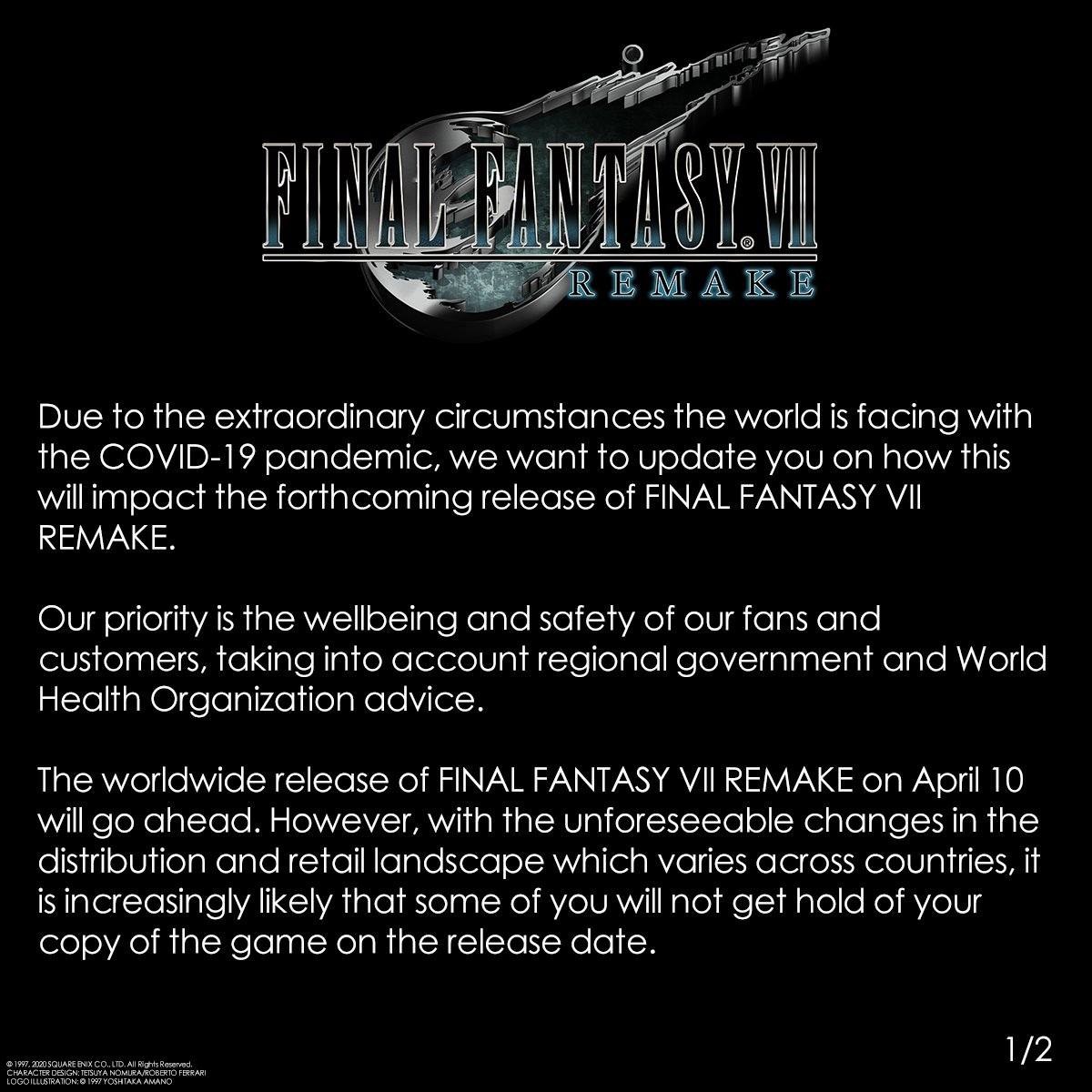 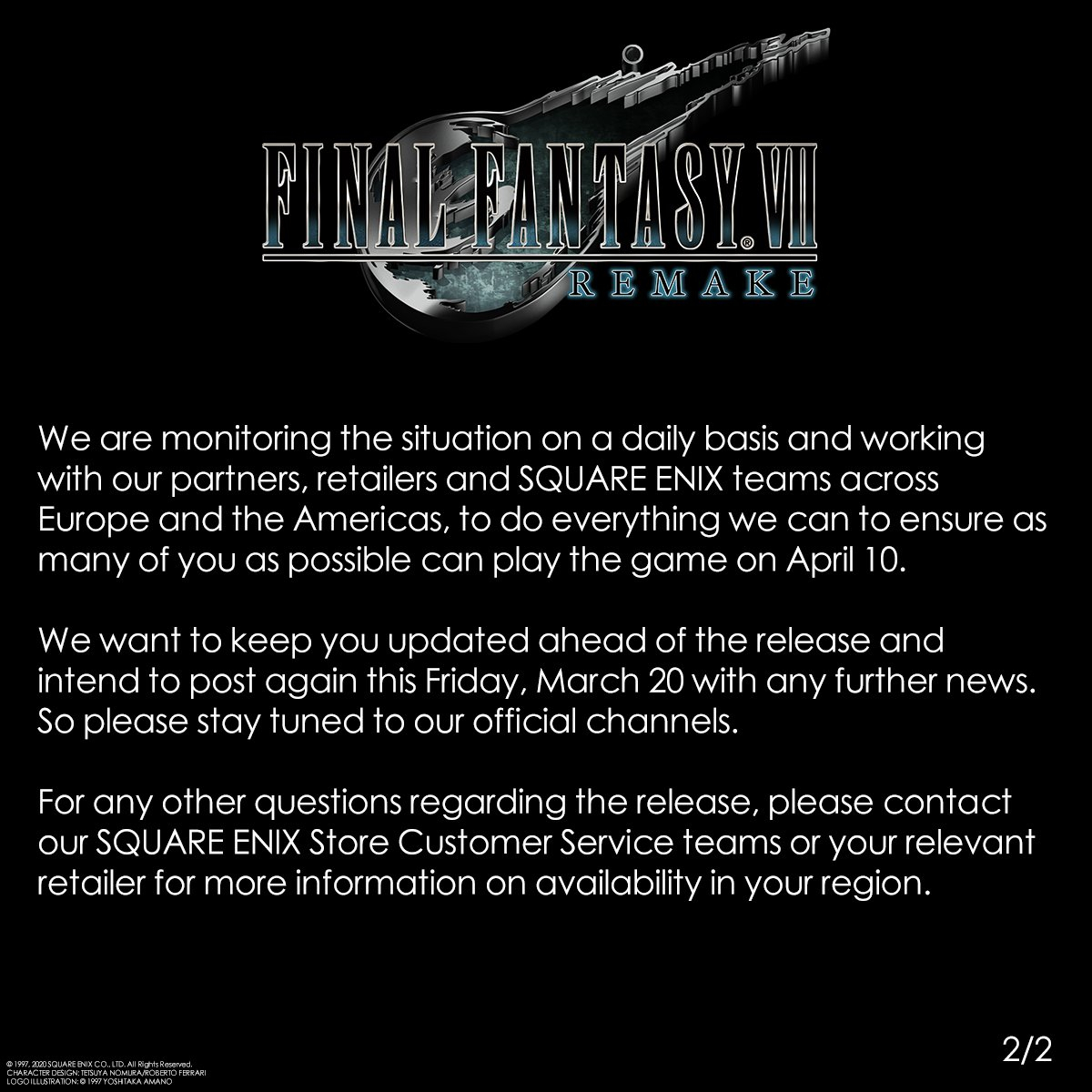 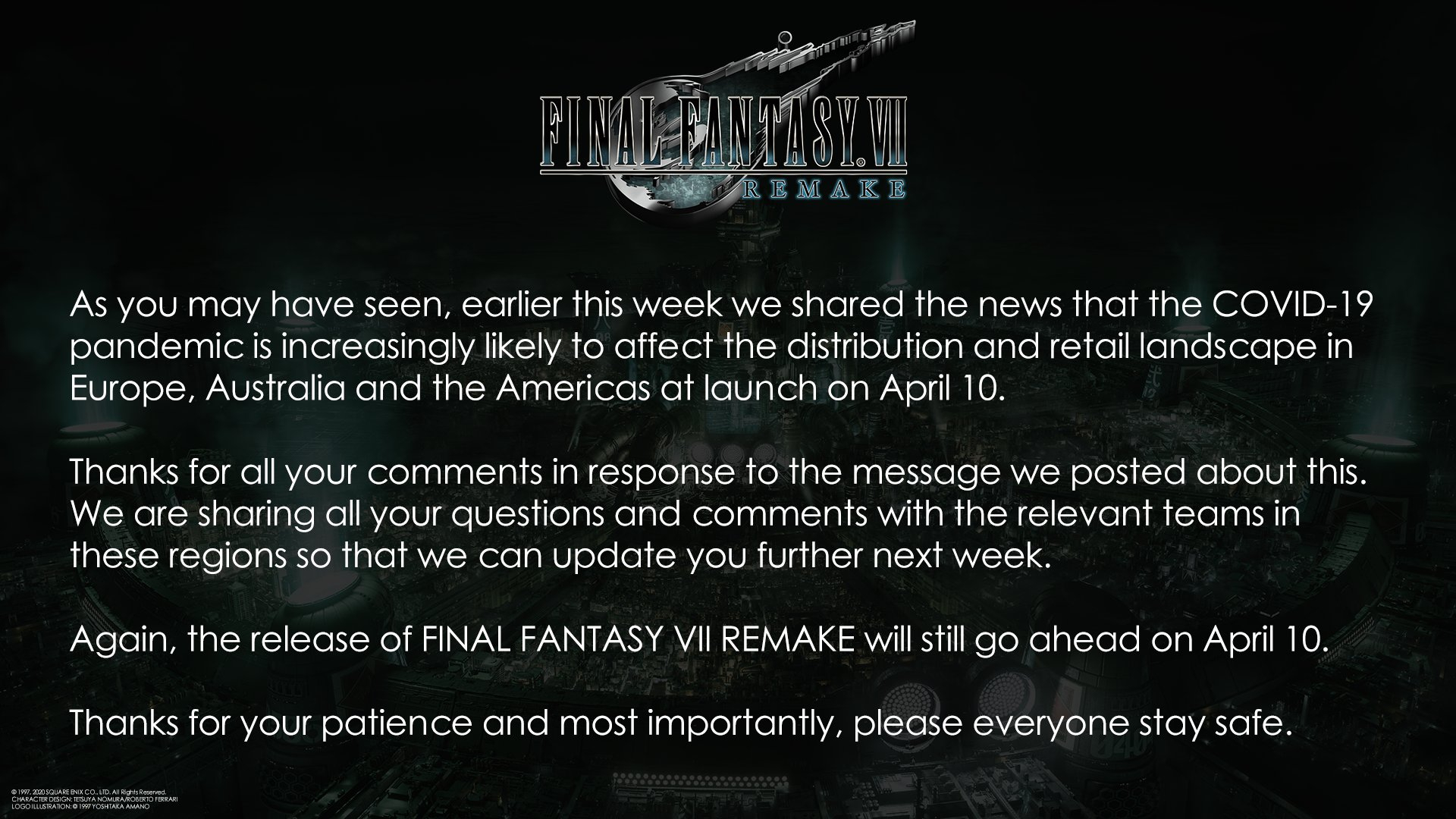 Edited by: "mixmixi" 23rd Mar
23rd Mar
@mixmixi gutted I had to cancel mine due to being told I have to stay in now for 12 weeks due to my asthma

Least I’ll get more time on the games I need to finish though. Silver lining. I guess
23rd Mar

Sorry to hear that mate. This situation is terrible and it is not going to improve anytime soon sadly due to our "lifestyle", unfortunately. Don't worry much, there is always time to play as far as you are healthy and around.
23rd Mar
Can somebody explain, is this the full game? Or is it part of the game with more games to follow?
23rd Mar

Tells you in the description
23rd Mar

Still not the best but its best to plan ahead.
23rd Mar

Showing as delivery 7th-9th May

Should add “Part 1” to the title

Yawn. It’s a self contained game. It will get a sequel
23rd Mar

Yawn. It’s a self contained game. It will get a sequel

It’s a remake of a game that already exists and it’s only part of that game. It’s not a full game any way you look at it. Just need to make sure people are aware before spending their money
Edited by: "phatdaveuk" 23rd Mar
23rd Mar

And not a full game? Quality troll. I can’t believe I took the bait
23rd Mar

If you’re expecting the whole of the Final Fantasy VII game from PS1 you’ll be disappointed.

Take it as it’s a full length game and they’re adding to the world.

I think people are getting the wrong idea about it. Yes it will be in parts but also each part will last around 60+ hours
23rd Mar

Pay your money and make your choice
23rd Mar

Pay your money and make your choice

Yeah it’s not. I could go on but won’t get into politics here. I’m just gutted I won’t experience this game upon release after it was announced 5 years ago (I think) I’m not gonna play it 😩