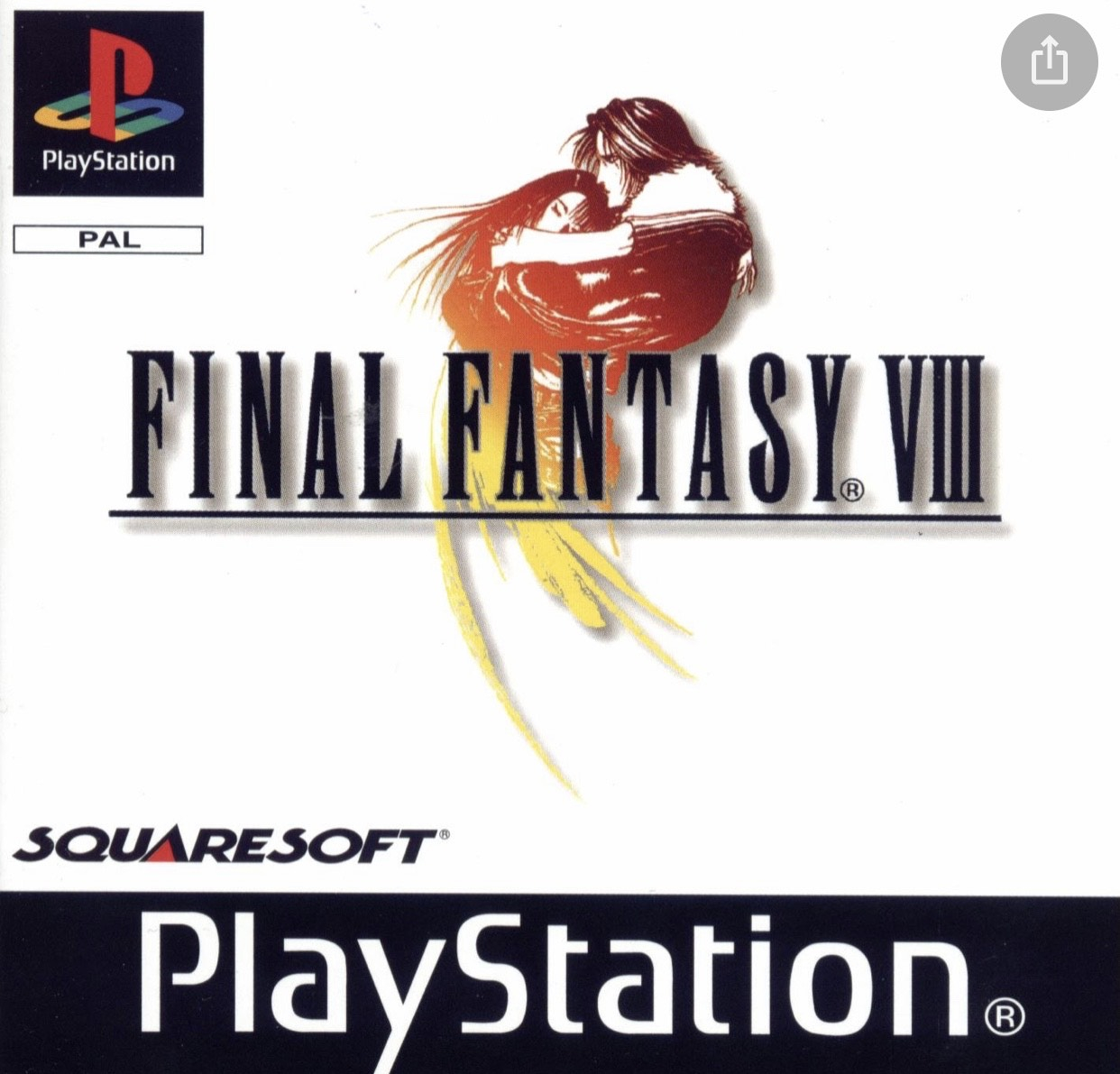 Ten years after its European debut, FINAL FANTASY® VIII returns on the PlayStation®Store! Prepare to join Squall Leonhart on an epic adventure which will see him vie with a sworn rival, confront a malevolent sorceress, and attempt to make sense of his own mystifying dreams...

Ten years after its European debut, FINAL FANTASY® VIII returns on the PlayStation®Store! Prepare to join Squall Leonhart on an epic adventure which will see him vie with a sworn rival, confront a malevolent sorceress, and attempt to make sense of his own mystifying dreams...

When the president of the warlike nation of Galbadia forms an alliance with a shadowy sorceress named Edea, only an elite band of mercenaries (SeeD) led by a young man named Squall can come between these would-be tyrants and world domination.

About switching discs: At some points during gameplay you will be asked to switch discs, when this occurs press the PS/HOME button and then select 'Switch Discs' from the screen that is displayed. Then select the disc you are asked to switch.

My first FF so yeah. Its the best to me
5th Mar

Nah
5th Mar
I occasionally lament that this one kind of got left in the dust whilst FFVII gets all sorts of tie-ins and the latest remake.

Maybe if the remake does well they'll remake this one day. Then I'll be chomping at the bit.
5th Mar
Great game.

I used to enjoy trying to collect all of the Triple Triad cards. It was a pain though, when I'd acquire the Ifrit card near the beginning and then end up losing it to the first noob who I'd challenge to a game.
5th Mar
Sealed retail copy is probably worth £100
5th Mar

This was my first FF game so the nostalgia in me agrees. The objective gamer in me disagrees... FFX and FFXV had a lot more going on and FFIV had the strongest story (in my opinion)
5th Mar
Is there an option to pay £60 to get one third of the game?
5th Mar

Is there an option to pay £60 to get one third of the game?

Is there an option to pay £60 to get one third of the game?

What crazy person would buy it that way

What crazy person would buy it that way

I have preordered final fantasy vii remake (part 1) 🙈
5th Mar
Highly recommended! Sadly overlooked FF game these days... yes the junction system is broken but it still has so much to offer! + I prefer this version over the recent 'Remaster' - Must buy for PSP/Vita Owners!
5th Mar
Worth remembering there's a PS4 remaster of this as well:

this the original ps1 version ?

Whilst FF7 has a confusing plot, this game takes that to the next level by making the plot insane.

This isn't a criticism as I think it is so bonkers that it is actually amazing.
5th Mar
I think 7 and 9 beat this, but third ain't bad. Good price!
5th Mar
Not to be a negative Nancy, but am I right in thinking these PS1 FF games are bordered PAL 50Hz versions?
5th Mar

Unfortunately I think they are
5th Mar

Unfortunately I think they are

To think that was the norm for years I was just reading that the mighty Dreamcast was the first to buck the trend. Some console.
5th Mar

God I loved the Dreamcast, it was ahead of its time. A Dreamcast mini needs to be done (properly)!
Edited by: "michaeldvi" 5th Mar
5th Mar

Aww man, that’d be incredible! That said, I could probably hook up my Dreamcast in the spare room. I recently set up my N64 and original Xbox for kicks
6th Mar

You can play alot of those without a mini but Powerstone, YES, such a great 4 player and I'm not much a fighting game fan.
Been hoping for Skies remaster for years though.
Wasnt that keen on Crazy 2 though
6th Mar

Forgot one of my all-time favourites...

Forgot one of my all-time favourites...Tony Hawk's 2

Any differences to the PlayStation title?
7th Mar

The rest were forgettable.
7th Mar

Couldnt get into X because of the leap in graphics and play styke so not played any after 9 but bought them all to get into at some point.
7th Mar

Any differences to the PlayStation title?

Good question. The PS2 is one of the few consoles I’ve never owned, but I found this via Metacritic:

I used to think 12 was heresy, with their change in combat style, but I've come to realise that it's a decent control system in its own right. The story, plot, voice acting and game lore are all decent as well.
The PS4 remaster makes it a breeze to blast through with the double and quadruple speed options, though I didn't notice much in the way of graphical improvements.
Edited by: "RickDoyle" 7th Mar