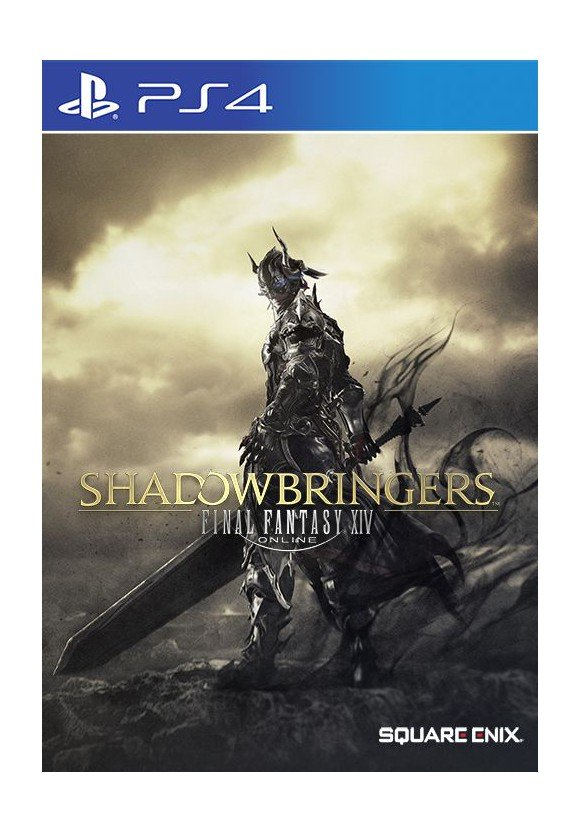 Have been looking for this on PS4 so I can swap between PC and the sofa, but wasn't willing to pay the £25-30 it has been until today just for convenience. Wasn't expecting nearly this low a price!

This is the latest expansion pack and will require the base game of final fantasy and also a monthly subscription because it is an mmo (no game time comes with this expansion). It's also definitely the best expansion to date if you're a previous player who is on the fence!

Probably niche but hopefully helps some!

Blurb from store page:
Ala Mhigo is at last free from imperial rule, but that liberty may prove fleeting as the Empire moves to both reclaim this bloodied nation and subjugate all of Eorzea.
In their hour of need, however, they cannot turn to the Warrior of Light. Nor to the Scions, who yet slumber, their souls adrift. The realm is left to struggle without its saviors, for they have been beckoned beyond time and space─beckoned to the First
PostTweetShare Share with WhatsApp Share with Messenger
Community Updates
Coolshop Deals
If you click through or buy, retailers may pay hotukdeals some money, but this never affects which deals get posted. Find more info in our FAQs and About Us page.
New Comment Subscribe Save for later
30 Comments
29th Nov 2019
Sounds like a good deal. I'm currently dipping in and out of ESO and not tried FF XIV, is the base game available anywhere as a trial. Also as it's a monthly subscription do you still need PS Plus?
Thank you
29th Nov 2019
I believe you can play for free up to level 35 as a trial?

I know the base version on PC is available for free (including 1 month sub I believe) with twitch prime which everybody can get access to.

I'm not 100% if you can activate the base game on pc via twitch prime then 'upgrade' using this expansion to just play on ps4. Edit: you cannot do this, you need base game and expansion on each platform you want to play on I'm afraid. They do sell a "complete" edition with base game and the expansion which potentially would be a better option as somebody new to the game.

My understanding is that you do not need PS plus since it already requires it's own subscription. Edit2: I've double checked and this is correct.
Edited by: "Elivercury" 29th Nov 2019
29th Nov 2019
God damn it. Thanks ordered!
29th Nov 2019
coolshop.co.uk/pro…K8/

They also sell this base version (might be cheaper elsewhere, I haven't checked) which should work with this as a cheaper option for the "complete" edition as shadowbringers also gives all previous expansions.

You need sub but ps plus is not required. Also if you have not played it for a while then you have to play all the main story of the past expansion before you can play new content
29th Nov 2019
Does this mean you can skip straight to it? I bought HW and just couldnt get through the awful MQ that dragged on and on for what seemed like forever, so I left the game alone, really annoyed after spending £30 on an expansion that was locked behind the most boring series of quests ive ever seen (I never even managed to start the expac). Its on me for not researching beforehand, I know that before some bearded pleb feels like im attacking their beloved escapist retreat
29th Nov 2019

you have to play all the MSQ and only way to skip is to pay about money to buy unlockers.
29th Nov 2019

It's actually a common complaint that the story after the end of ARR drags on excessively long (for comparison there are more 'post-main story' quests for the base game than for the next two expansions combined).

The developers are aware of the issue and have promised to change it during this expansion because it is turning away new players who get fed up, but that change isn't due for two patches (approx 5-6 months). It's a shame as it's by far the dullest part of the game and things improve dramatically afterwards.

You can buy an item in the mog station which lets you skip the story (level boosts also available), but honestly I think it's shocking to charge you for an oversight in their game.

You can buy story skip on Mog Station. You can skip story, leveling up (you can get your class to level 70 by paying). They made recent changes where it became very easy to level up crafters and gatherers.

Happy to answer questions, will save this thread and will be checking.
29th Nov 2019
I have to say that i did not buy story skip and i did not mind the quests at the end of ARR.
29th Nov 2019

Yeah, those quests suck when you are in a hurry. But they were great when we had nothing else, and content just kept coming.
29th Nov 2019
How much does it cost per month?
29th Nov 2019
Thank you for sharing this offer, I have brought it. Since we're so early into the expansion, I doubt the price will fall this low for it for a while. Also buying it to switch from PC to PS4 when necessary.

How much does it cost per month?

How much does it cost per month?

There are a few different subscription options but the basic 1 character subscription is £7.69 and is rolling monthly.

Tbh I see no particular reason you would want more than one character as you can do everything in the game with one. Classes/jobs can be freely changed at any time, are all leveled independently and can all be maxed.
Edited by: "Elivercury" 29th Nov 2019
29th Nov 2019
I have to say that even you pay subscription, it is worth it because depending how you play, this game can last for a very very long time. SE keeps adding patches with new content and improvements every few months and there is a big expansion every 2 years. There is so much to, you don't really feel the need to buy other game.
Edited by: "catt466" 29th Nov 2019
29th Nov 2019
I also want to add, you can share the subscription with a family member . My son plays on my account as a different character and we only pay one subscription. Our two characters have nothing to do with eachother and in fact can never meet.
29th Nov 2019

Presumably this does mean only one of you can play at a time though? I'm not good enough at sharing for that!
29th Nov 2019

I would never share haha, unless you're in a position where you're mildly interested and just want to mess around. Conflicts will eventually happen, unless this can be identified early so the secondary person gets their own account.
29th Nov 2019
To be fair I suppose it depends what you play the game for. I know many view glamour - having a stylish house and lots of nice outfits - to be the true endgame, so I think I could probably share a character with one of those people easily as I'm more focused on gameplay - crafting, gathering, raids etc.
29th Nov 2019
Also bear in mind that you never migrate your character to a different account.
29th Nov 2019
If you want to play on PC, you can now buy complete edition including Shadowbringers on sale for £17 as digital download from Squared Enix store.
29th Nov 2019
Just going to add. Shadowbringers is by far the best expansion to date. Really really good imo. The music and story fit perfectly together and just makes it so much better.

Also, second part of ARR is long and boring, but the ending is quite good imo. It's worth blasting through to play the rest of the main quest tho
29th Nov 2019

Ahhh, brings back memories. The last leg of the quest was a lovely cliffhanger to the next expansion since everything was so chaotic and we had to wait around for the expansion.
29th Nov 2019

I actually used your referral code! Hope you have twintania by now lol.

I'm not playing currently, but every time I remember it or hear ShB ost, i get excited and feel like picking it up again. 9/10 for me
29th Nov 2019


I have Twintania yup! And indeed this time 2 years ago you were doing Stormblood! Meanwhile, I'm just working on my last job to 80 (Red Mage), but not doing much else. Not even touched any of the level 80 dungeons yet haha (except the Main Story last one).
29th Nov 2019

Well, congrats on that! I love the amaro mount theme, it has some older, ps2-era RPG vibes. All this talk is making me seriously consider subbing again.

I've seen clips of the new alliance raid and that looks/sounds really good, but I'd recommend the standard raids if you haven't already. It has some throwback themes in there that are really good. And one of the 80 dungeons has a cool boss you need to see if you've played previous FF titles
Edited by: "JetFlash" 29th Nov 2019
29th Nov 2019
I've not actually played the new raid yet, I'm pretty much a crafter main these days! People are very impressed with it though. Shadowbringers is an absolute treat. I'd say it really has the best of both worlds following HW which wasn't quite as polished and SB which felt a bit divided imo. Also takes the series in a pretty dark direction imo which was a pleasant surprise.

I think you also get a million Gil at level 50 or something.
3rd Dec 2019
Not sure I remember the mount