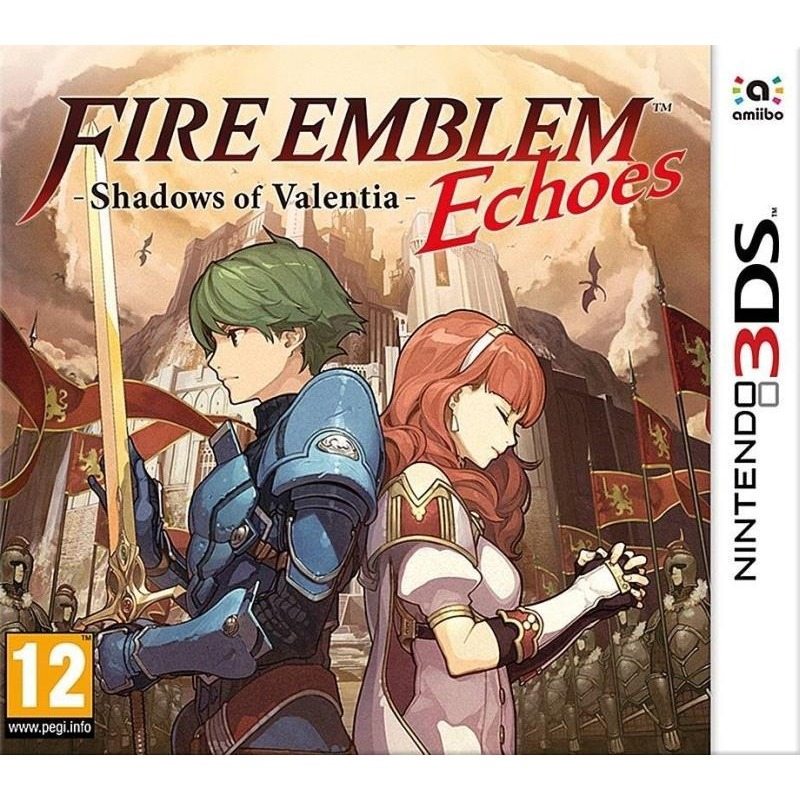 Kingdoms clash over warring gods... In a continent torn asunder by warring gods, guide legions of soldiers through tactical battles - as this reimagined RPG epic invades the West!

Uncover the intertwining tales of heroes Alm and Celica, engage foes, fend off monsters, and explore 3D dungeons. Your prowess will grow as you master this melding of modern and legacy Fire Emblem gameplay.

In Valentia, battle is waged in the traditions of elder Fire Emblem games, when the rules of battle were simpler, yet the challenge formidable as ever. To stop the war and unify the continent, you'll have to balance the needs of an army of soldiers with unique stats. Play as iconic Fire Emblem character classes, such as Mage, Paladin, and Archer as you bring strategic skills to bear in the challenging grid-based battle system. When you encounter a dungeon on the world map, explore every corner in action-adventure style. You never know what secrets you may unearth.

PostTweetShare Share with WhatsApp Share with Messenger
Community Updates
Amazon DealsAmazon discount code
If you click through or buy, retailers may pay hotukdeals some money, but this never affects which deals get posted. Find more info in our FAQs and About Us page.
New Comment Subscribe Save for later
5 Comments
18th Jul 2019
Great game - probably the best fire emblem on the 3ds. Thanks
18th Jul 2019

Great game - probably the best fire emblem on the 3ds. Thanks

It a close run thing for sure - couldn’t argue with you
18th Jul 2019
I've played through awakening. But have barely touched my 3ds in years. Will this work on the old 3ds xl? Do all 3ds games still work on the original 3ds/xl?
19th Jul 2019

Yes it'll be fine. Games that only work with the New 3DS are very few and clearly marked as so.