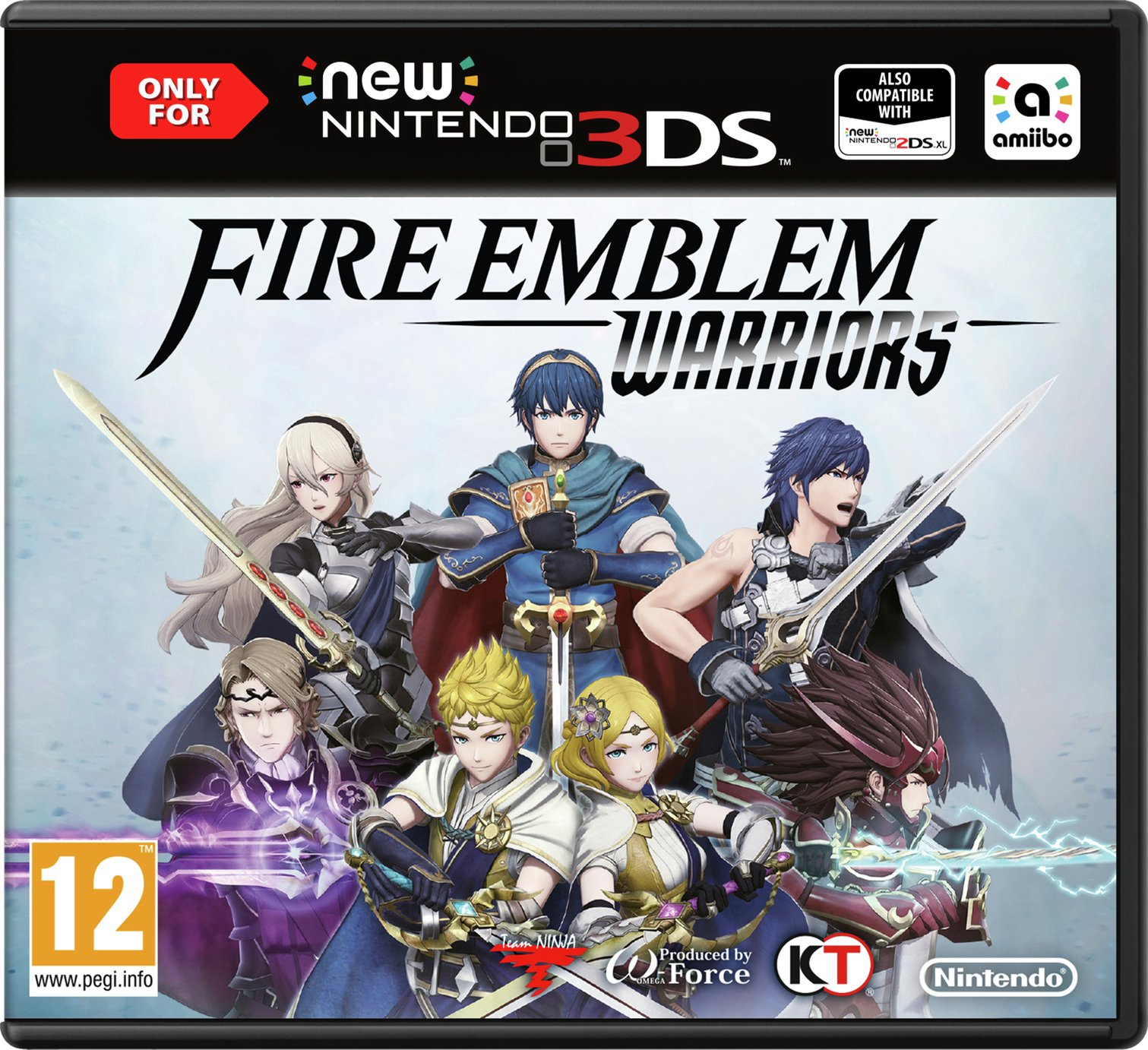 In the Kingdom of Aytolis, new heroes collide with warriors from across the histroy of Fire Emblem, who must band together to face enemies and restore the Shield of Flames to stop the Chaos Dragon.

Advance the story to unlock additional playable characters, each with different attacks, weapons, combos and voiced dialogue. A combination of intense combat and strategic Fire Emblem gameplay offers a take on battling thats new to the series.

Change between heroes anywhere on the battlefield and command them to victory. The materials and gold you earn in battle can be used to upgrade heroes, weapons and more.
PostTweetShare Share with WhatsApp Share with Messenger
Community Updates
Argos DealsArgos discount code
New Comment Subscribe Save for later
13 Comments
14th Jan
No stock for me as usual, would of loved Yo Kai for the lad
14th Jan
Don't buy this unless you want to have all fire emblem games. If this is your first one, you will get a bad impression.
14th Jan

No stock for me as usual, would of loved Yo Kai for the lad

they've got all the cheap ones in my local.
14th Jan

they've got all the cheap ones in my local.

If I were you, I'd buy a scratch card on my way collecting my order. Just saying.
14th Jan

they've got all the cheap ones in my local.

My local is Scheisse, either no stock or stock at 4pm, reason why my town has pubs, barbers and tanning shops cause its dead
14th Jan

Like all games with Warriors in the title, it's primarily a Warriors game using characters from a popular universe. I like Warriors games and Fire Emblem games.
14th Jan

usually get ZERO of these kinds of deals. but i reserved:

It is a hack and slash, and I was ok with that, but the story is lacking A LOT, compared to a normal game, the support system is a joke in this game.
I love fire emblem and for the price, ok, i got it at 7.99, but if someone plays this as the first fire emblem they would get the wrong impression imo
14th Jan
Looks like your deal has been as much of a struggle as mine, OP (I posted the other Fire Emblem deal today). Probably had as many cold votes as hot votes which is absolutely bizarre as you could literally flip them for double the cost if you so wished.

Neither are absolute classics of the series but both easily worth £5 of anyone's money.
14th Jan

HUKD is on hate mode today, let it cycle through mate and don't let it ruin your day.
14th Jan

I'm not that fussed really (well, I obviously am to a point as I commented ) it was just odd that yours and mine have risen and fallen at almost exactly the same rate. Must be some naughty bots at play...
15th Jan
3 out of the 6 games available for me bonus thanks
29th Jan
Sad I missed Story of Seasons