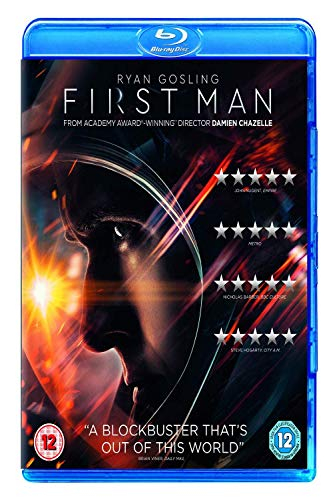 Not a film about the original caveman, but a man on the moon!

Oscar®-winning director Damien Chazelle and star Ryan Gosling reteam for the riveting story behind the first manned mission to the moon, focusing on Neil Armstrong and the decade leading to the historic Apollo 11 flight. A visceral, intimate account told from Armstrong’s perspective and based on the book by James R. Hansen, the film explores the triumphs and the cost on Armstrong, his family, his colleagues, and the nation itself for one of the most dangerous missions in history.

PostTweetShare Share with WhatsApp Share with Messenger
Community Updates
Amazon DealsAmazon discount code
New Comment Subscribe Save for later
7 Comments
15th Jan
Not the most exciting film ever made but they really evoke the sixties and the race to the moon.
15th Jan
Film
15th Jan
Incredibly dull, I just didn't get all the hype.
15th Jan

Incredibly dull, I just didn't get all the hype.

Bit like La La Land then?
15th Jan
very slow film...
15th Jan
Yup, absolute bore to watch
15th Jan
I feel like I must watched a different film. For me, it’s not slow at all, with plenty of excitement, right from the opening scene.
That said, I’m a major fan and collector of all things Apollo. Heat from me.