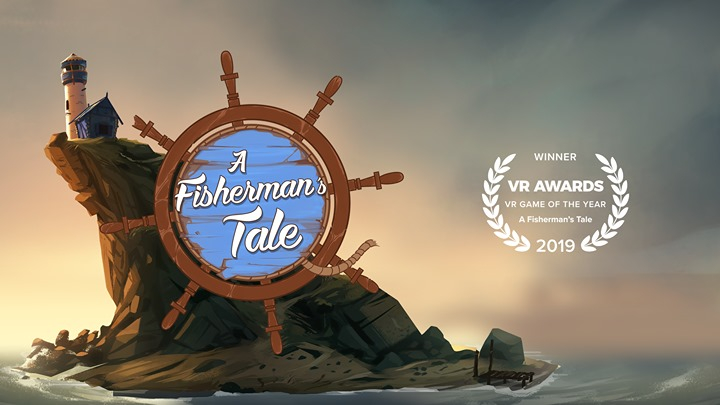 VR Awards Game of the Year 2019 currently has 27% off. Apparently only for a couple of days.

Bend and twist reality in the VR Awards Game of the Year 2019. A Fisherman's Tale is a mind-bending VR adventure in which being turned upside down and inside out is not merely a play on words.

Playing as a tiny fisherman puppet, you live alone in your tiny cabin, oblivious to the world outside. When your radio broadcasts a storm alert, you have to climb the lighthouse to turn on the light! As you leave your cabin with the help of some uncanny sidekicks, you realize what's waiting outside is not at all what you expected…

• Break multiple laws of physics in mind-bending puzzles!
• Climb the lighthouse before The Big Storm, with the help of uncanny sidekicks
• Toy around with your model lighthouse, inside a lighthouse, inside a... is that another lighthouse?
• Uncover the truth behind an unusually tall fisherman's tale

Brought to you by Vertigo Games, A Fisherman's Tale is developed by Innerspace, co-produced with ARTE France supported by CNC, Ville de Paris & BPI France.
PostTweetShare Share with WhatsApp Share with Messenger
Community Updates
Oculus Deals
New Comment Subscribe Save for later
4 Comments
24th Jan
Only lasts 40 minutes (the game)
24th Jan
Have this on the ps4 and found it to be excellent. Yes it can be completed quickly (as for most vr games) but still well worth it in my opinion. + heat from me.
Edited by: "rollin182" 24th Jan
24th Jan
Apparently it's very realistic... In the final stage you're betrayed by the tories and they use you as a bargaining chip with the EU.
24th Jan
Thanks for the heads up on this, I'd not really paid it much attention and would've missed out - it sounds great