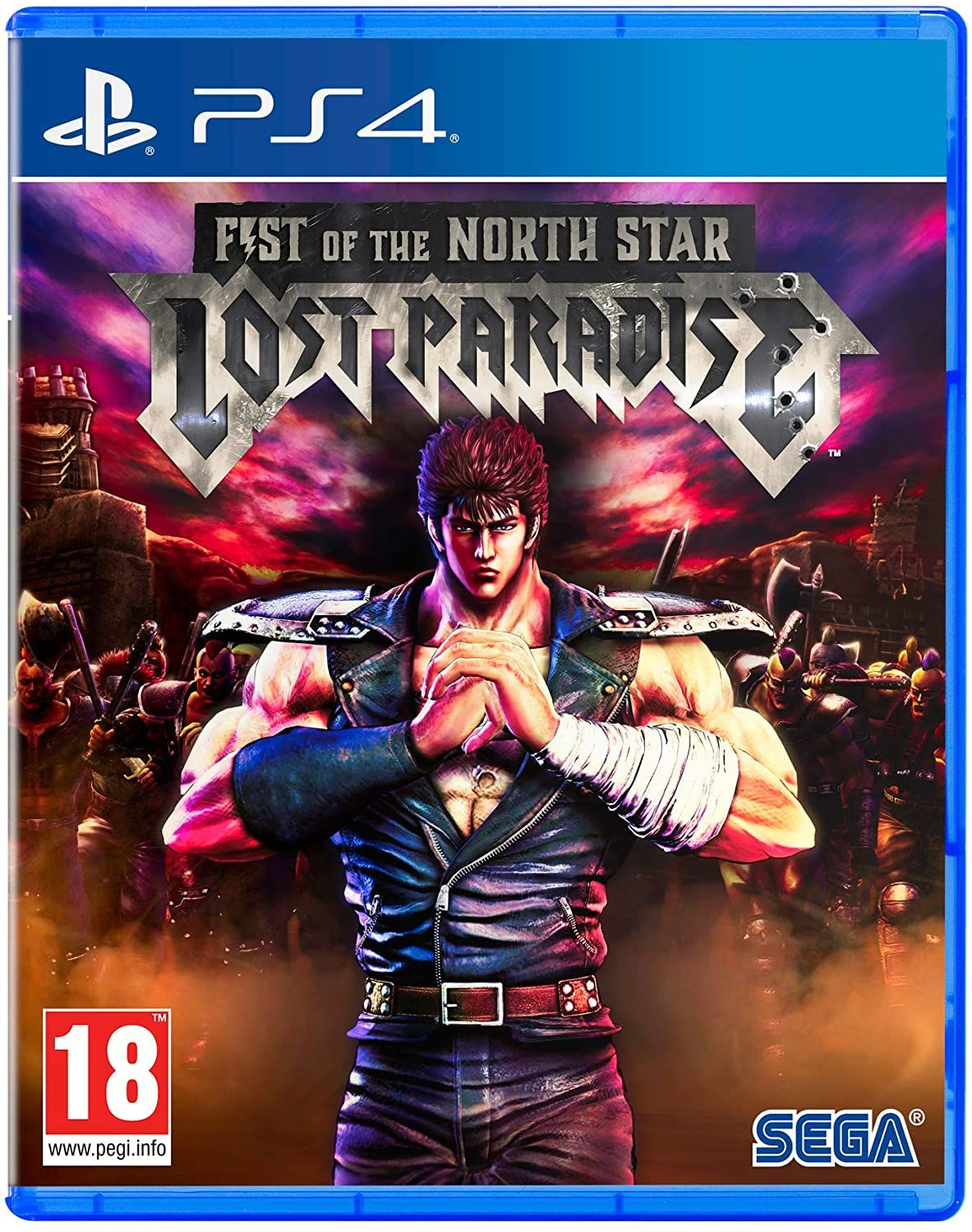 This recently hit £22.99/£23.49 and quickly went back up in price but it looks to have hit a low again over at Amazon. Seems to hold it's price pretty well.

“You’re Already Dead” or “Omae wa Mou Shindeiru?” Why Not Both? - Lost Paradise features English / Japanese dual-track audio, so you can ‘ATATATA!’ in the language of your choosing.

Master the Hokuto Shinken Style - Kenshiro’s ultimate assassination techniques, the Hokuto Shinken, are at your disposal in battle. After building up the Seven Star gauge, you can demolish enemies from the inside out with dozens of brutal and iconic Hokuto Shinken techniques, faithfully recreated from the original manga. More lethal techniques will be available as you progress through the story and battles. Keep your fists up!

Explore a Lost Paradise and the Wasteland Surrounding It - Even Kenshiro needs the occasional break from beating up thugs. Luckily, even in the dilapidated city of Eden, there’s no shortage of engaging side missions and minigames to take part in. Use the power of Hokuto Shinken to prepare drinks at a bar, manage a struggling nightclub, customize a buggy and race through the barren desert, play retro games at the arcade or your hideout, including the original Fist of the North Star game, and more! Tired of the city? Head out into the wasteland in your buggy to collect materials and complete side missions, but be careful of hidden dangers lurking beyond the dunes!
PostTweetShare Share with WhatsApp Share with Messenger
Community Updates
Amazon DealsAmazon discount code
New Comment SubscribeSave for later
14 Comments
4th Jun
Great price!
4th Jun
Is this any good
4th Jun
Nani?!
4th Jun

I had never heard of the north star but it's pretty much a cel shaded yakuza game and I enjoyed it alot
Edited by: "xHadouken91" 4th Jun
4th Jun

well I love yakuza series but really didn't like this.completely different games and graphics are very basic compared to Yakuza games,more like a PS3 remaster at best.
5th Jun
Anyone of a certain age that grew up in the 80’s / early 90’s and watched anime would enjoy this (akira, vampire hunter d, ninja scroll and fist of the north star etc)
5th Jun
Is this is a UK copy, description on Amazon looks to all be in German?