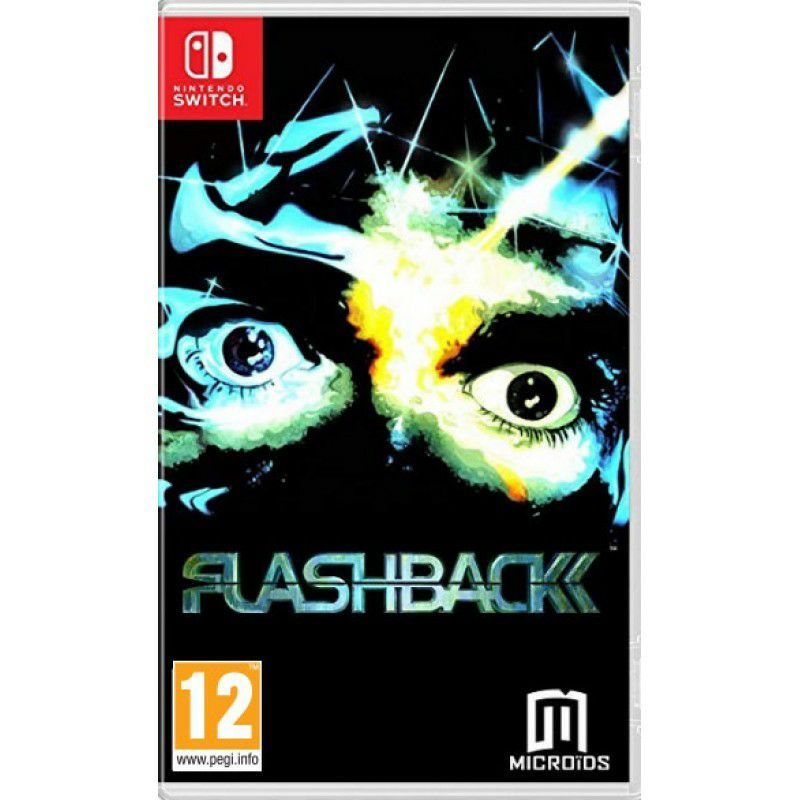 Flashback, the classic platform adventure game with over 2.2 million units sold, is back on Nintendo Switch!

Rediscover this classic, consistently ranked among the top 100 games since its release 25 years ago! One of the first games to use motion capture technology for more realistic animations, it has fully hand-drawn backgrounds and a genuinely gripping science-fiction storyline.

FLASHBACK 25TH ANNIVERSARY stays completely faithful to the 1992 original, remastered by Paul Cuisset himself. See if you're up to the challenge with all the demanding gameplay of the period!

still not worth it

Antiques roadshow game and a dull one at that. I loved Another World, but never understood the fuss over this epic borefest
9th Jan

I always preferred this over Another World, but it's still not worth £10 today! Maybe half that!
9th Jan

the worst part - unfortunately - is that this is simply the emulated SNES version of the title.

it's a great game, but deserves to be played as close to its original glory as possible. the 25th anniversary edition is available over on GOG for about £9, but I'd encourage everyone to get the original versions if you're able.
Edited by: "sneakyduck" 9th Jan
9th Jan
Grabbed it for about £5 in the eShop sale prior to Christmas. Not as good as Another World, but good thrown back to my Mega Drive days. Wouldn't have paid £10 for it though!
9th Jan
Loved this, and far better than another world but not worth it.
10th Jan

It's 100% definitely not the SNES version mate, I came across numerous reviews that said so when it was released - copy and paste from one:

"If you were fearing this was some sort of Super Nintendo ROM emulation port (a version which is sadly remembered for hitting single-frame digits during shoot-outs in the final stretch of the game) rest assured this is one smooth, 24fps game from start to finish."

this is fascinating - I've just seen the NintendoLife review you quoted, but then also saw this --> denofgeek.com/uk/…ion which says *both* versions are on the cartridge?
10th Jan

Hmm strange! Contradictory articles! Wonder which version it is then?! Doesn't really matter, I'm still not paying £10 for it! 😜
10th Jan

it doesn't help its chances of being purchased, does it?

it doesn't help its chances of being purchased, does it?

Both original and remastered are included.